Reorganizing, rebranding, recruiting — here’s how the Macklins handled their first year after splitting from RE/MAX.

The Macklins were leaders of one of the biggest national real estate brand’s most lucrative  franchises, ranking 123rd in the nation with $655 million in transaction volume in 2017. Within six years, they’d expanded to three offices with 120 agents in the hot luxury market of Scottsdale.

Despite their outward success, the husband-wife duo noticed something was going wrong. Agents had begun to leave the team for opportunities at nearby independent brokerages, forcing the Macklins to make a choice — stay with the brand or go independent.

After surveying their remaining agents, reviewing their financials, and evaluating their market, the Macklins chose the latter. A year out, the Macklins’ team, now known as Platinum Living Realty, is thriving with 136 agents.

Jay and Michelle Macklin sat down with Inman to share how they charted their path to independence, and the biggest lessons they learned during their first year out on their own.

Inman: Once realizing going independent was the best option, what were your first steps?

There had to be money allocated for marketing, making the announcement, and making sure our agents felt comfortable. It exceeded six-figures to do it. I think we did good job of sitting down with our coach, and making sure we had a budget nailed down.

We also did some initial surveys and researching, there were more of our agents that cared less about having a brand that did care. They’d much rather have access to the services we were able to offer them.

So we spent a lot of time on those things before we pulled the trigger.

Inman: What was the transition like? What were some of the obstacles, expected or unexpected, that you faced?

Michelle: I think one of the biggest challenges was getting agents to understand that it’s not brand that built their business, it’s them and the relationships that they’ve built with their clients. It was difficult to convince them of that during the transition process.

Even for me, who has sold real estate for a very long time, I have a very loyal client base. I’ve talked to many of them, and they had the same answer: They didn’t care about the brand [I was working with], they cared about the service and the relationship they had with me as their agent.

Inman: How did you manage to bounce back from that in terms of rebuilding Platinum Living Realty’s culture?

Jay: The culture itself has always been there. I don’t know that we scrubbed out people through our core values list before and we’re able to do that now. We have very specific rules about people coming here and the barriers of entry, and part of it is that you have to be a good person.

That’s something we weren’t doing in the beginning and we’re much better at identifying personality profiles and attitude versus aptitude.

Michelle: But I think [going independent] has made recruiting much easier.

Jay: I agree. People don’t know your name and you’re not associated with a particular brand. So, you’re able to open up, cast a wider net, and have more people who are willing to talk to you. They can’t say, “Oh no, I’ve already talked to brand XYZ and I’ve ruled them out.”

A lot more people are open to the fact that you don’t need a national brand to be successful, so it made it much easier to recruit.

Inman: Beyond culture building and recruiting, having great systems and technology is something independent broker-owners mention as a key to success. How did you handle those two things?

Jay: We specifically looked at what most agents want and need in a brokerage. Most agents lack three things: they lack systems, marketing, and time. Those three things are usually the crux of an agent’s inability to either grow where they want to grow or maintain. So we just started thinking about the different platforms and different departments that would help our agents.

We’re really kind of making it easier for the agents and elevating their experience so they can use the [graphic design, marketing and tech support] and in turn elevate the client experience and help them grow. When you’re one person doing everything, you run out of time and money.

In terms of technology, you’re not going to recreate the technology [larger] real estate companies already have out there. There’s plenty of good third-party companies out there that agents and brokerages can use. It’s all about adaptation and coaching and teaching agents how to use what’s out there.

The challenge is where agents will come in my office and say, “Hey, I’m struggling here,” and I’ll say, “You do realize we have a system for that.” So the adaptation is the challenge, and that’s why we decided to have a department that does nothing but help out with the adaptation of that technology and the application.

Inman: There’s certainly so much more we could cover, but what are some final thoughts you’d like to share with other franchisees who are thinking of going independent?

Michelle: My advice to a broker who considering [going independent] is considering your marketplace. Is it brand-dominate or is it independent-brokerage dominate? Where would you fit in?

Jay: Exactly. Again, I’m not against brands — I think a lot of these brands have some great attributes and values. I think [the decision to go independent] ultimately depends on the market.

Determining the value you’re getting from a brand matters too. Every agent, every month, every quarter, every year, evaluates the value they’re getting, and I think that could be a huge deciding factor for a broker-owner. You have to decide the end game and what’s the benefit of going independent.

Michelle: Lastly, I think the thing broker-owners seriously have to look at is that they have to be realistic about the transition, and know that you might go backwards before you can go forwards. But in the end, if you stick to it and do all the right things, it will help your business. 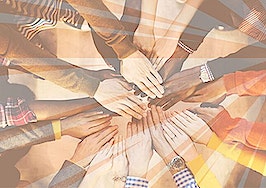 What is company culture? An indie broker-owner gives his 2 cents 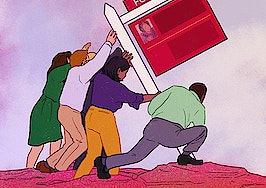 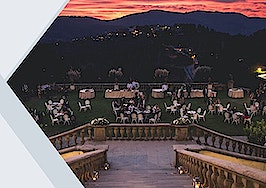 Want to make your mark in luxury? Conquer these essentials 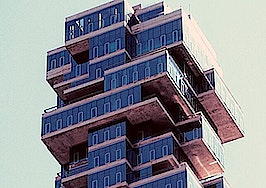 The secret to building an effective and profitable team 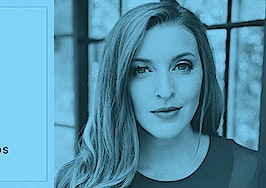