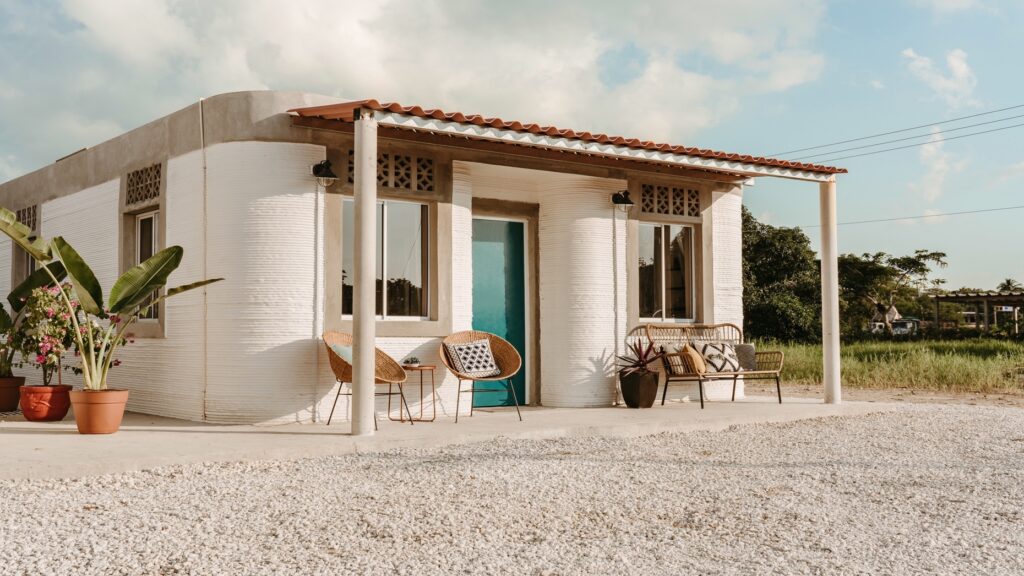 One of the 3-D homes in southern Mexico. New Story Charity
by Veronika Bondarenko
Share this article
You successfully shared the article.
Close

Southern Mexico will soon be home to the world’s first 3D-printed neighborhood.

This month, New Story Charity unveiled the first two homes for an impoverished rural neighborhood the state of Tabasco, Mexico. The nonprofit has spent the last two years working on prototypes for 50 homes with an Austin-based construction tech company called Icon.

Founded in 2014, New Story has built over 2,700 traditional homes in countries such as Guatemala, Haiti, Mexico and El Salvador. The current idea sprang forth as a way to build reliable housing more quickly with the help of new technology. 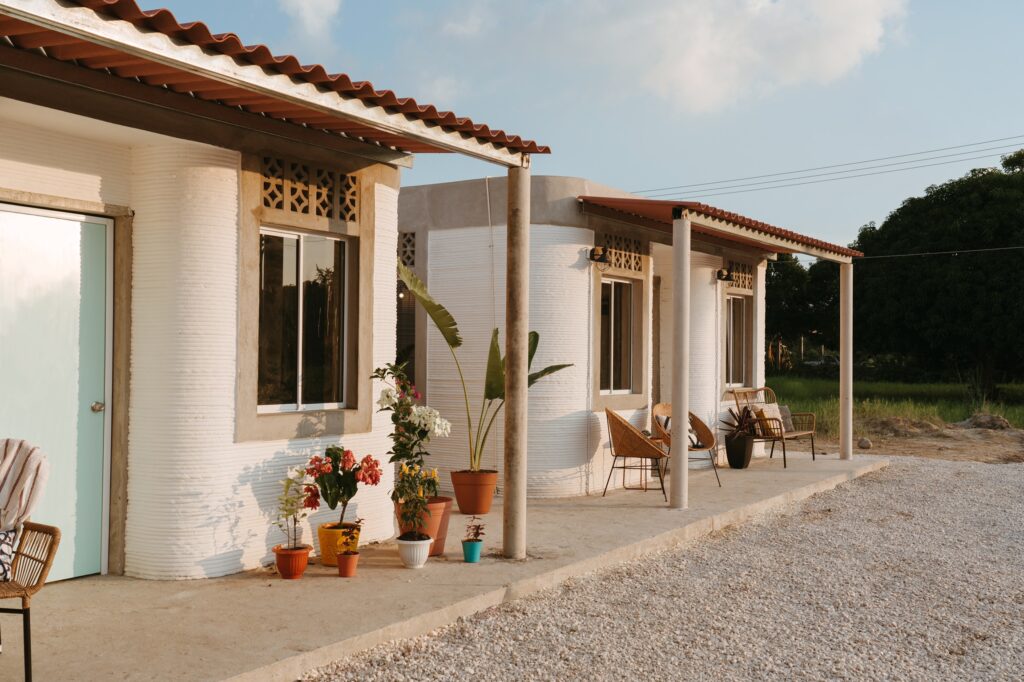 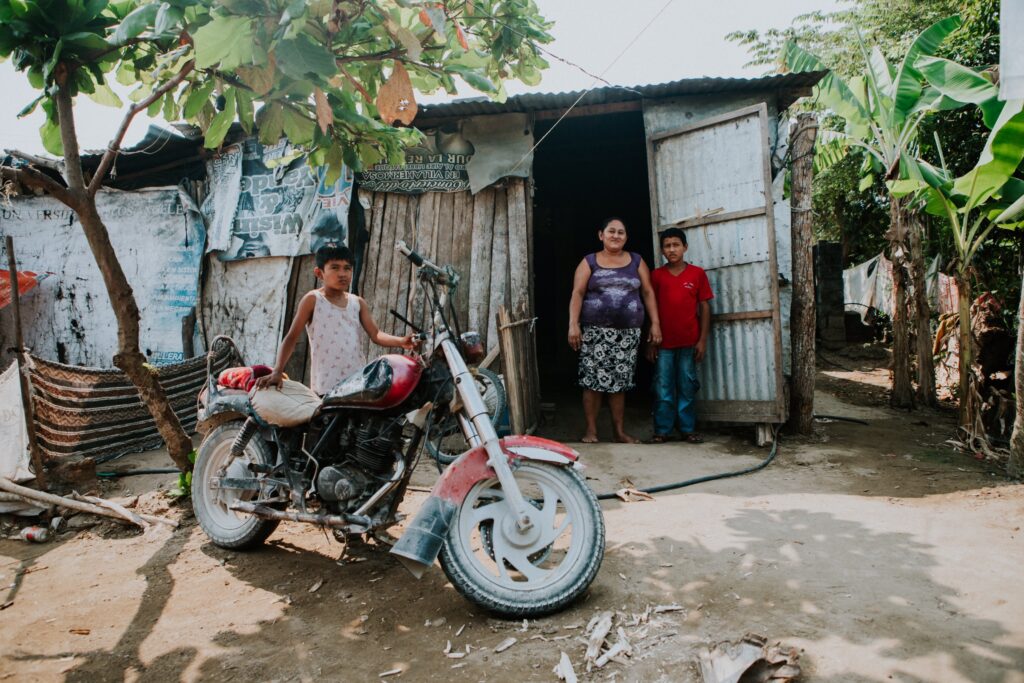 Tabasco is an impoverished state in Mexico. This is what local houses looked like before. 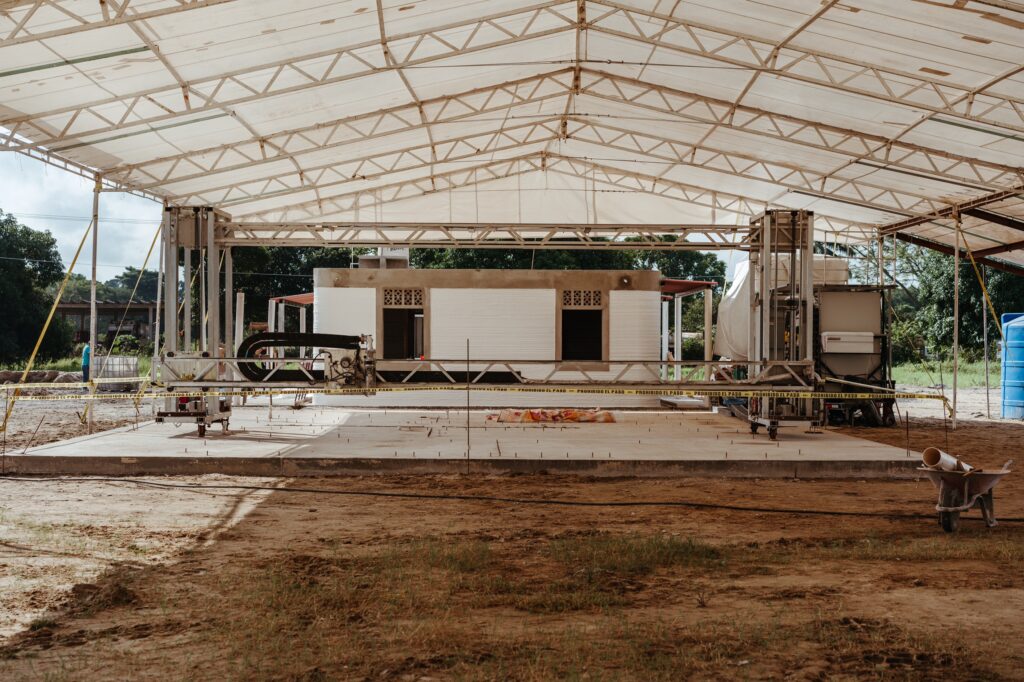 The first two homes have been completed earlier this month. 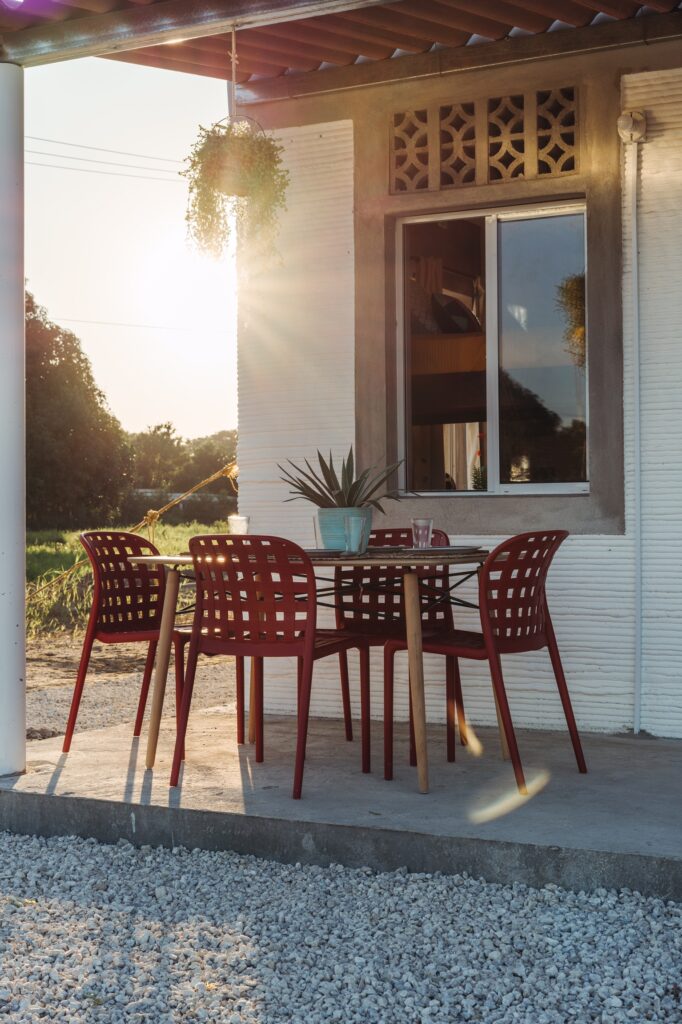 Each home is printed from a concrete mixture through a 33-foot-long 3D printer called Vulcan II. 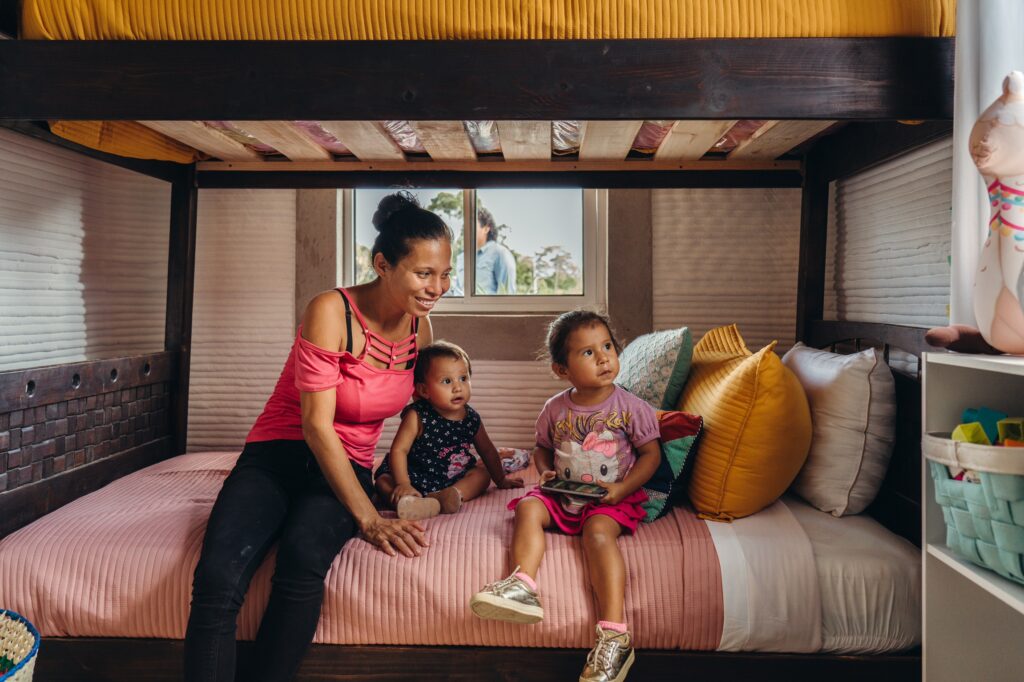 Each house measures 500 square feet and has two bedrooms, a kitchen and a living room. 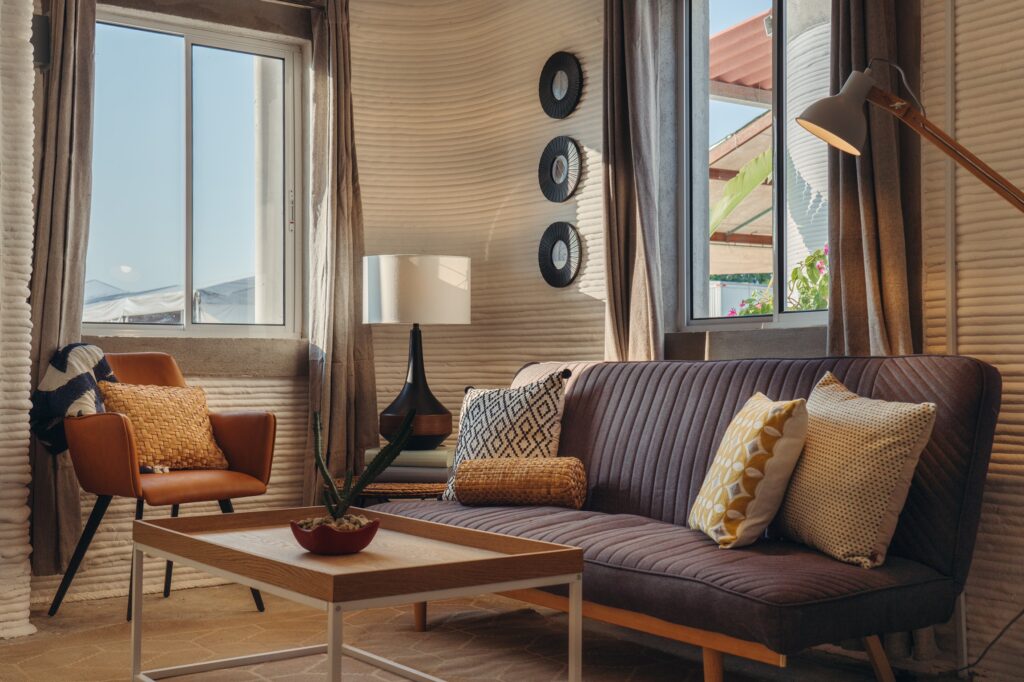 Local families will be able to pay around 20-30 percent of their income for the house through a mortgage. 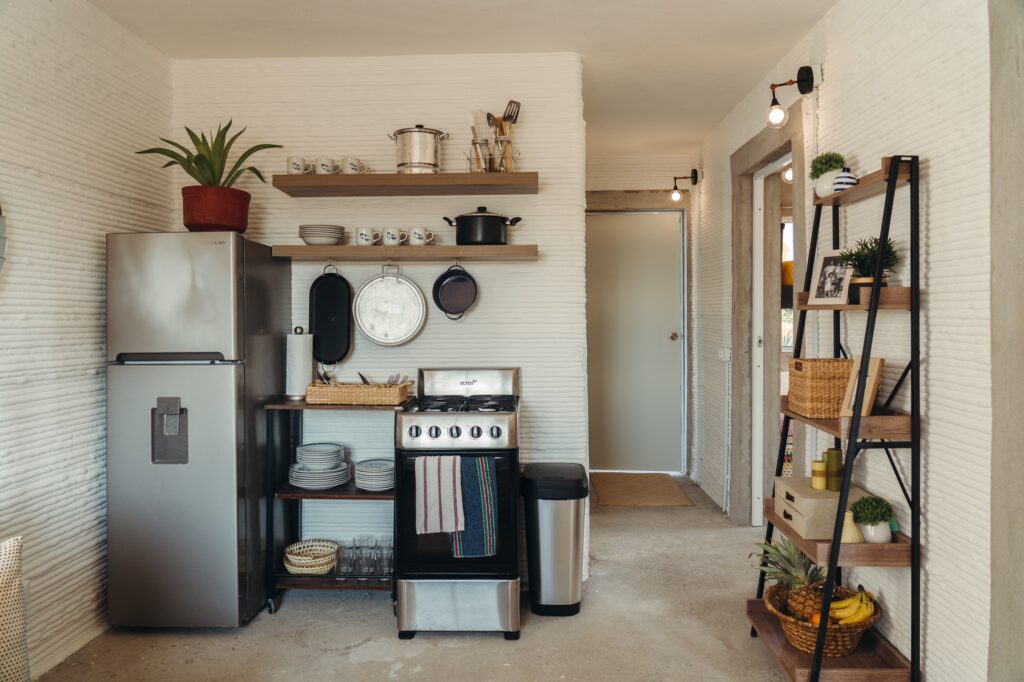 The remaining homes are slated to be finished by the end of 2020. 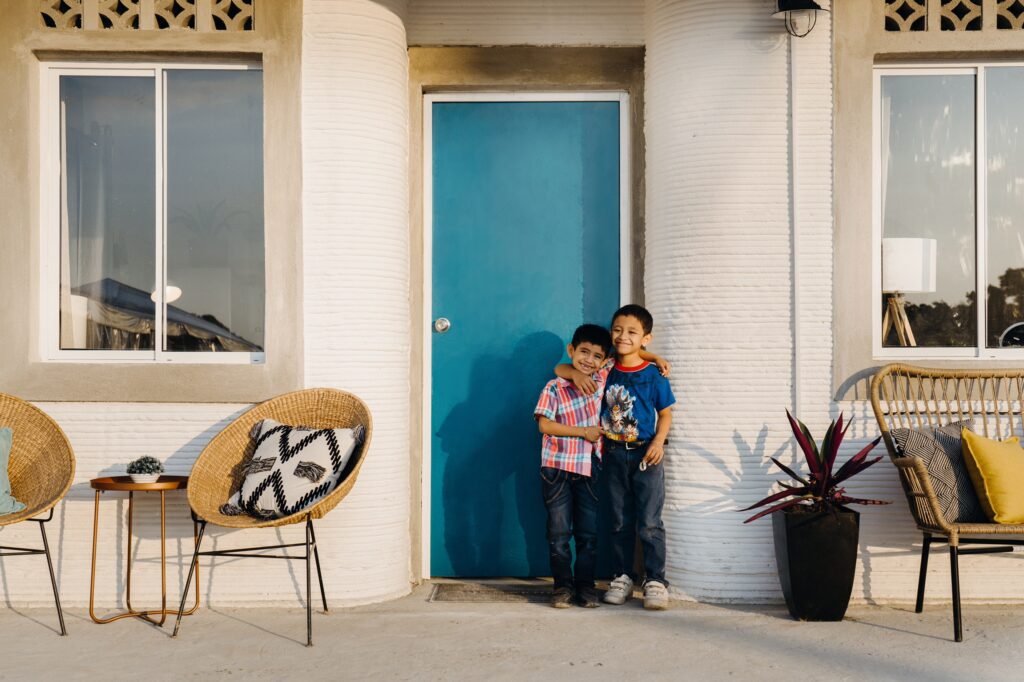 First met with derision, 3D-printed homes are making many reevaluate the future of affordable housing.

Each 500-foot house is printed from a mix of concrete on a high-powered Icon 3D printer called Vulcan II that measures 33 feet long. Printing a home takes a total of 24 hours over the course of several days; the printer can also work on two homes simultaneously.

According to New Story, the concrete is sturdier than traditional concrete and the homes are reinforced to withstand seismic activity; the neighborhood is located in a flood-prone seismic zone.

Houses will be made in the southwestern style and come equipped with two bedrooms, a bathroom, a living room and a kitchen. Once the walls and floor base are printed, workers from a local nonprofit Echale A Tu Casa put the house together with details such as roofs, windows and doors.

“With 3D printing, you not only have a continuous thermal envelope, high thermal mass, and near zero-waste, but you also have speed, a much broader design palette, next-level resiliency, and the possibility of a quantum leap in affordability,” Icon co-founder Jason Ballard said in a press statement.

The company hopes to work out an arrangement so that local families can purchase the houses with a mortgage that totals 20 to 30 percent of their income — in this part of Mexico, that means an average of just over $70 per month. No families have yet moved in because the site that will hold the homes is still undergoing construction.

While 3D-printed houses were met with some derision when they first hit the scene a few years ago, increasing numbers of companies have started exploring the possibility of using the technology to build affordable housing — even if a number of questions still remain about how these types of homes will fare in different climates and areas prone to natural disasters.

New Story, which is the first company to bring 3D-printed houses to the scale of an entire neighborhood, has not revealed how much it costs to produce each house but announced that it plans to finish the remaining 48 by the end of 2020.

“Linear methods will never reach the billion+ people who need safe homes,” said Brett Hagler, CEO and cofounder of New Story, in a statement. “Challenging our assumptions, iterating based on data, and taking calculated risks on innovative ideas will allow us to reach more families with the best possible solutions, exponentially faster.” 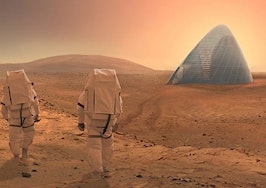 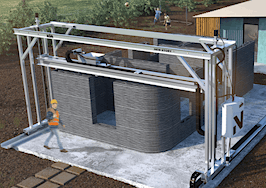 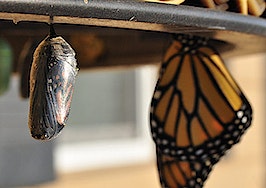 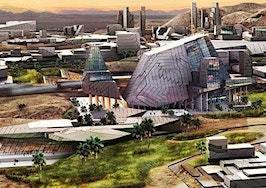