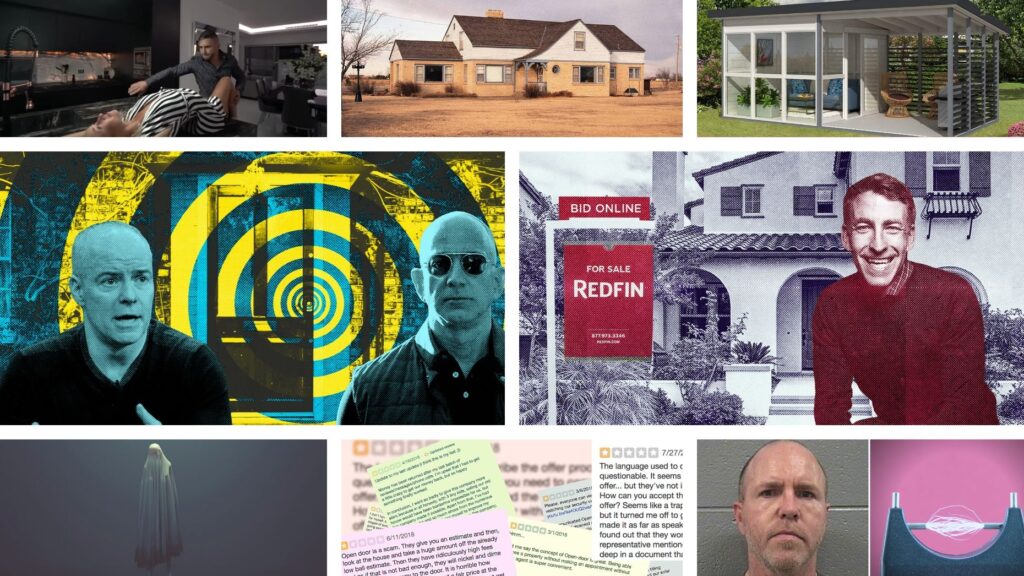 Amazon tiny homes, the bombshell buyer’s broker commission lawsuits and all things Keller Williams were top-of-mind for Inman readers in 2019.

Amazon tiny homes, the bombshell buyer’s broker commission lawsuits, the National Association of Realtors’ much-anticipated pocket listing policy and all things Keller Williams were top-of-mind for Inman readers in 2019, but so too were a smattering of viral promo videos and a few over-the-top listings.

It was an extraordinary year to be sure, so take a walk down memory lane by scrolling through Inman’s most-read news stories of 2019.

All text below comes directly from the original stories.

If you can’t find the perfect home, have one sent to you. A build-it-yourself tiny home posted on Amazon has been going viral and sold out almost instantly.

The Allwood Solvalla Studio Cabin Kit, a DIY backyard guest house that the company claims can be built by two people in just eight hours, is currently available for sale for $7,250. At 172 square feet, the house is made from Norwegian wood and transforms into an indoor bedroom and an outside covered deck when built. It weighs a total of 2,480 pounds and comes with all the pieces necessary to put together the guest house, with the exception of roof shingles and foundation materials.

San Francisco is the American city most at risk of seeing a housing crash in the coming months while Toronto tops the list of at-risk cities in all of North America.

According to a new UBS Global Real Estate Bubble Index study, seven cities in North America are at a high risk of seeing a real estate bubble in the coming months and years.

The complaint, filed March 6, takes aim at some of the industry’s top players, alleging the National Association of Realtors and real estate franchisors Realogy Holdings Corp., HomeServices of America, RE/MAX Holdings, and Keller Williams Realty are violating the Sherman Antitrust Act by requiring listing brokers to make a “blanket, non-negotiable offer of buyer broker compensation” when listing a property on the MLS, which the suit refers to as the “Buyer Broker Commission Rule.”

Amazon is diving headfirst into the real estate industry with a new partnership alongside industry giant Realogy, the companies announced Tuesday.

TurnKey, a new platform that rolls out Tuesday with the heft of a major marketing blitz across Amazon channels and social media sites including Facebook, aims to simplify the process of buying and moving into a new home while also seemingly adding a potentially huge lead generation business to the e-commerce leader’s playbook.

A Mega Millions lottery winner is selling the California home he bought and expanded with his massive win at a $19 million price cut.

Rick Knudsen, who won the $180 million Mega Millions jackpot in 2014, put up his extravagant mountain resort for auction with a $6.9 million starting price, Business Insider first reported. Knudsen had originally tried to sell the house the traditional way by listing it for $26 million in January — just over $19 million less than the current starting price.

A man was arrested after shooting a female real estate agent with a stun gun during an open house in an attempt to sexually assault her, Illinois police say.

The agent, whose name is being kept private by the police, was showing an open house in the Chicago suburb of Tinley Park on Sunday afternoon. According to local prosecutors, Stanley Keller, 50, came in, took some brochures and asked to see the upstairs bedrooms and, later, the garage and basement. As she was showing him the rooms, the agent felt something vibrate behind her and then poke her in the back.

The consumer-facing app, individually branded to each agent and consumer, will be launching sometime toward the end of the second quarter of 2019, according to Keller Williams CEO Gary Keller.

The major shakeups in real estate leadership continue: Gary Keller is retaking the title of chief executive officer at his namesake real estate company Keller Williams, replacing former CEO John Davis, who led the company for nearly two years, the company announced in an email to associates (republished below).

Keller Williams founder Gary Keller has retaken the role of CEO at his namesake real estate franchise with a series of bold statements, but now outgoing CEO John Davis is speaking up, too.

Real estate franchise Keller Williams has been growth-obsessed over the past decade, but according to multiple sources, its 190,000-plus associates ranks are filled with former agents and, in at least one instance, even deceased agents.

Multiple sources told Inman that it’s been an unspoken company policy at Keller Williams to keep agents on the roster — long after they are no longer associated with the company.

The board of directors of the National Association of Realtors has overwhelmingly passed a controversial policy proposal designed to combat pocket listings.

Compass has publicly stated its goal to gain 20 percent of market share in the top 20 markets by 2020, and Realogy alleges, “to reach its desired ends, Compass steals from, tortiously interferes with, and disparages its competitors.”

Redfin announced Wednesday it has been quietly testing a pilot program in Boston, Massachusetts, that allows consumers to make direct offers on Redfin-listed homes through the company’s website — an innovation that could result in less friction than traditional real estate deals while also cutting out buyers’ agents entirely.

Redfin Direct, so named for a failed platform more than a decade ago that sought to allow prospective buyers to make offers on any home listed on Redfin’s website, will ease the way for unrepresented buyers to make a bid on any Redfin-listed home, thereby avoiding buyer commission fees.

A steamy real estate promo video featuring flirtatious models playfully chasing each other around a luxury pad has drawn ridicule from across the globe on social media, causing the red-faced Australian real estate franchise that originally posted it to quickly apologize and take the ad offline.

LJ Hooker Bankstown, a Sydney-based brokerage, posted the video, in which the couple dance, strut and swim in a pool before heading to the bedroom. Sam Nader, an agent who works with the company, arranged for footage of the high-end New South Wales home to be shot in the style of a R&B music video.

The 45-year-old, 3,591-square-foot home was remodeled by HGTV designer Brian Patrick Flynn, who used the natural scenery as inspiration for the home’s modern maritime theme.

How Keller Williams trains its agents to respond to seller requests to lower buyer broker commissions has come under fire in a lawsuit that’s caught the attention of the real estate industry.

In an amended complaint filed Friday, a lawsuit first filed by homeseller Christopher Moehrl took a new turn, highlighting the role commissions play in steering buyers and the limits placed on sellers who might otherwise negotiate down buyer broker commissions.

Photo by Jeremy Bishop on Unsplash

The California Department of Real Estate (CDRE) is accusing eXp Realty in California, which has 1,941 sales agents in the state, of 72 state regulations violations over display names, lack of supervision, social media pages, business names and in one case an agent conducting business without a license.

The complaint, filed on March 20, 2019, accuses the fast-growing virtual real estate brokerage of a lack of supervision under the guidance of Ray Marquez, the state broker for California.

The race to build the first end-to-end real estate platform is over, and agents with other companies are competing for second place, Keller Williams CEO Gary Keller told his agents during the franchise’s “State of the Company” address at its annual Family Reunion conference in New Orleans on Monday.

“Our goal for you: anyone you’re competing with, they’re playing for second place in your community,” a blustery Keller told the crowd after taking the stage to AC/DC and leading with a second of air guitar.

The Kansas home, where a family of four was killed in the middle of the night by strangers in 1959, is about to hit the market for a yet-to-be-determined price.

On November 15, 1959, Herb and Bonnie Clutter and their teenage children, Nancy and Kenyon, were shot to death by a pair of escaped convicts in the middle of the night. The crime, which later inspired Truman Capote’s bestselling non-fiction book In Cold Blood, entered American history as one of the country’s grisliest and most inexplicable murders.

Yelp has made a quiet, subtle change that could have a big impact on the real estate industry: The mega reviews website has made it extremely difficult for people to find Yelp reviews for Opendoor and Offerpad, two of the country’s leading online homebuyers and resellers.

Bearing nearly 500 reviews, a subpar three-star rating and many responses from its corporate account, Opendoor’s 3-year-old Yelp reviews page is still accessible online, but the only way for anyone to find it is by going directly to this link or bookmarking it. The page can no longer be located through Yelp’s online search tool, nor through Google search. The same goes for Opendoor rival Offerpad’s Yelp page, which was much less active than Opendoor’s listing, holding only a single one-star review. 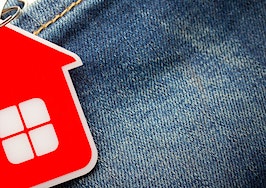 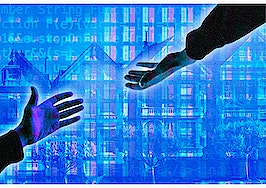