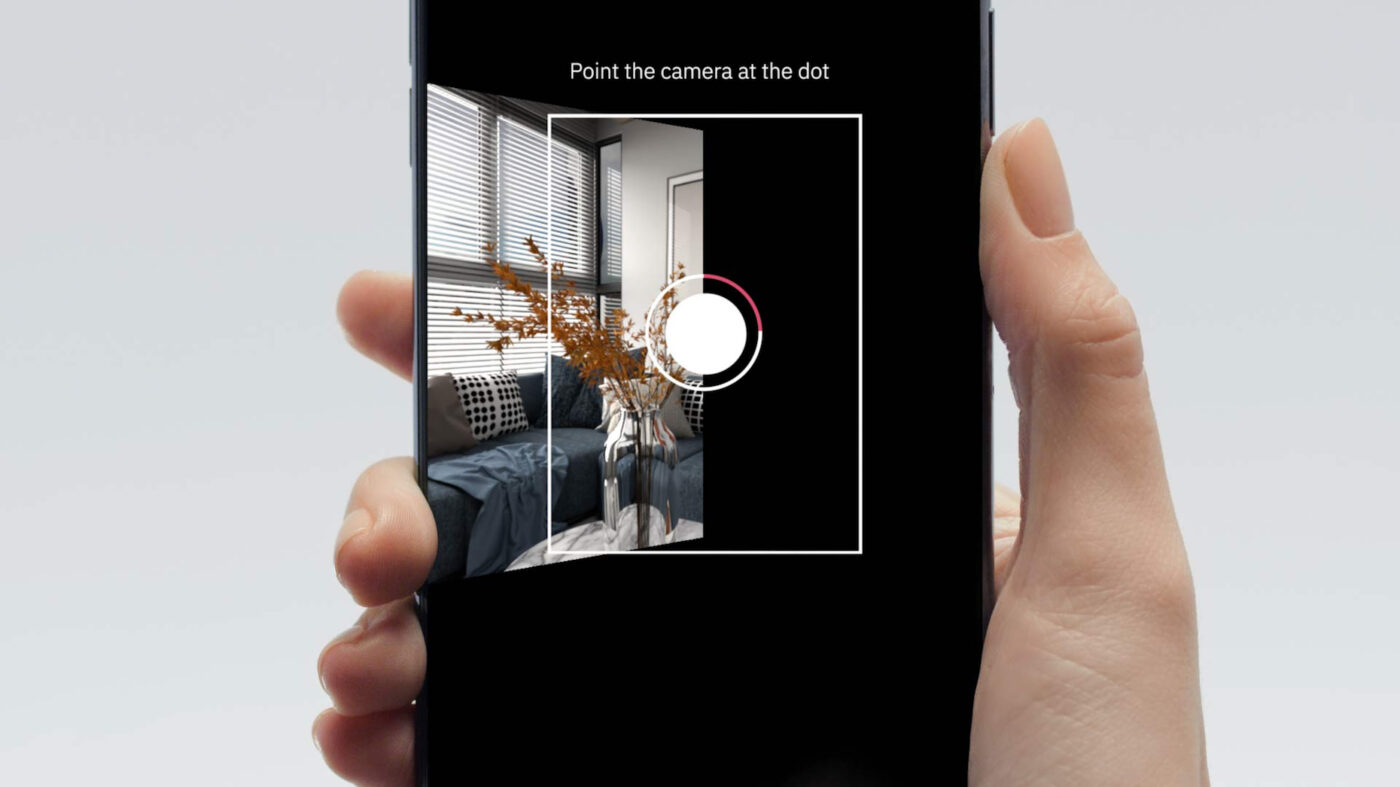 Matterport for iPhone is poised to make the 3D imaging company’s technology accessible to more real estate professionals, and it comes amid surging interest in 3D tours.

Imaging company Matterport this week announced that it has launched a new product that lets users shoot and create 3D tours using just their iPhones.

The announcement, which comes amid surging interest in 3D tours thanks to the coronavirus pandemic, marks a significant democratization of Matterport’s technology — which at one time required an expensive, high-end camera to use.

The new product is called “Matterport for iPhone.” In a statement, the company described it as a “breakthrough way to create, edit, and share high fidelity 3D digital twins of any physical space.” It works with the Matterport Capture app, which users download onto their phones. Once they have the app, “real estate agents can scan a property almost as easily as taking photos with their iPhone,” the statement added.

Company CEO RJ Pittman added in the statement that the announcement “marks our first step to empower billions of smartphone users to try Matterport for themselves.”

“Matterport for iPhone introduces the world to our advanced spatial data capture and Cortex AI technologies in an easy-to-use app that enables anyone to capture and share 3D spaces with friends, family or colleagues,” he continued.

Cortex is Matterport’s proprietary artificial intelligence system that analyzes two dimensional images and converts them to immersive, three dimensional spaces. The end result is an interactive environment akin to Google Street view, except that it can show whatever spaces — including building interiors — that individual users photograph.

Matterport for iPhone requires an iPhone 6s or newer model. The app is free to download, though users will need to create a Matterport account in order to use it.

The company has a variety of account options, all of which allow users to store as many space scans as they want. The least expensive option is free and lets users share one scanned space at a time. The cheapest paid plan currently costs about $10 per month and allows individual users to share up to five spaces.

Professional grade plans start at $69 per month and include support for both more spaces and more users.

However, the tool ended up becoming available at a unique moment for 3D tour technology; in markets across the U.S., coronavirus-related isolation rules have effectively ended in-person home showings for the time being. As a result, agents have flocked to 3D tours as one of the few viable alternatives for creating immersive showing experiences.

The pandemic has created chaos in a number of other ways as well, including recently prompting layoffs at Matterport, among other companies.

Though Matterport has explicitly played up the appeal of its technology to real estate agents, its announcement this week also notes that Matterport for iPhone may be useful for interior designers, contractors, homeowners, insurance companies and others.

In Matterport’s early days, users from those various industries would have had to purchase one of the company’s proprietary cameras, which currently retail for nearly $3,400.

Matterport still describes its high-end camera as the “gold standard” for professional 3D tours, but recently has been making a play for more consumer business. The most significant part of that effort has included launching free and low-cost subscription options, and opting to support images shot with consumer-grade cameras that cost around $400.

The move to support iPhone imagery continues that project.

For now, the new smartphone-based option is only widely available to iPhone users. However, a Matterport spokesperson told Inman that the company has begun limited beta testing of the technology on Google’s Android platform. The Android version should be available to consumers “soon.”

In the meantime, Matterport chief technology officer Japjit Tulsi framed the launch of Matterport for iPhone as the culmination of ongoing efforts to advance the company’s capabilities.

“Matterport for iPhone marks an important milestone,” Tulsi said, “in our capability to create stunning 3D digital twins of any space using the phone in your pocket.”