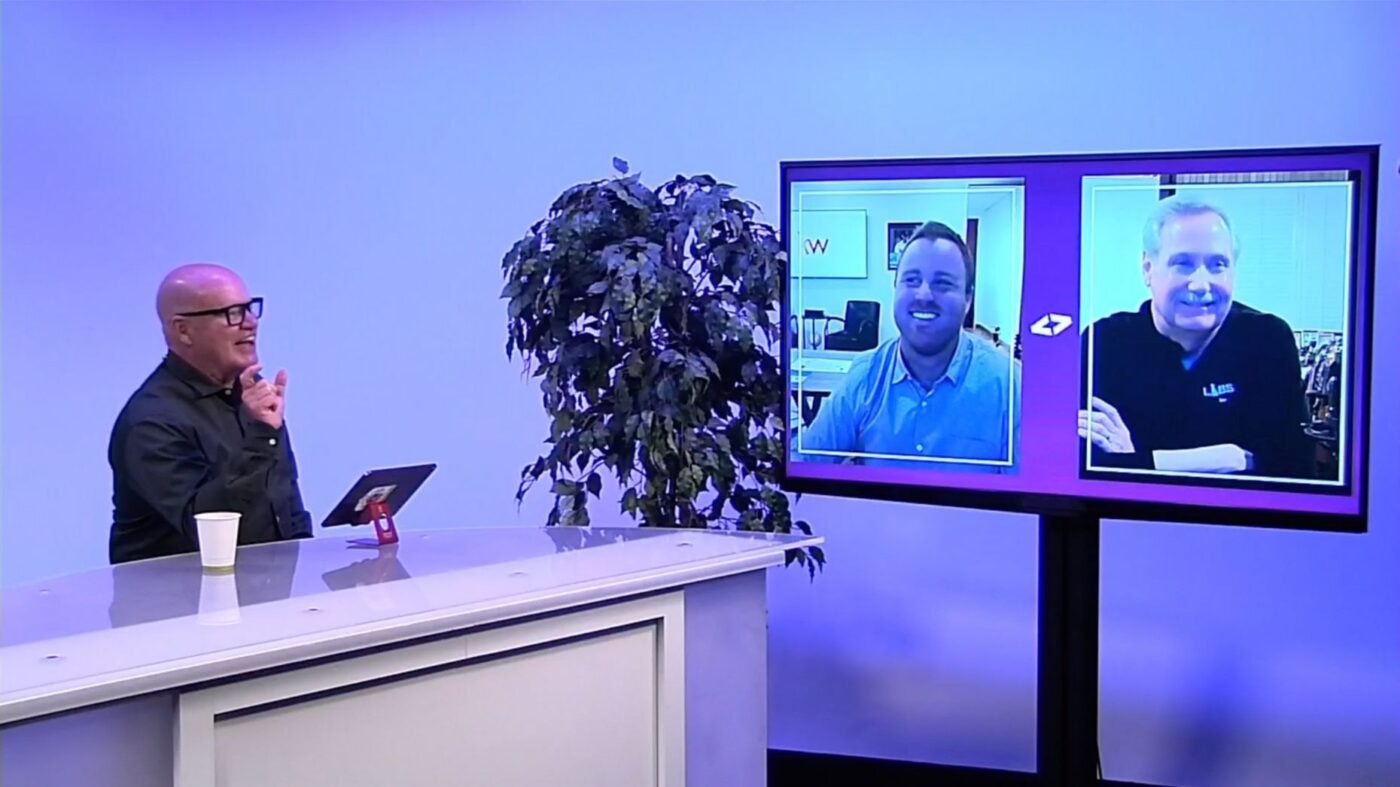 Keller Williams CEO Gary Keller predicts mergers and acquisitions will speed up in the wake of the coronavirus pandemic.

Keller Williams co-founder and CEO Gary Keller and Inman founder and publisher Brad Inman got back in the ring at Inman Connect Now on Tuesday, but it wasn’t to butt heads. The two industry titans united around taking a stand against discrimination amid racial turmoil and using technology to help agents and consumers win during and after the coronavirus pandemic.

The session, titled “A Vision for the Real Estate Industry,” was highly anticipated, in large part because sparks flew the last time Keller and Inman were on stage together. But both men agreed that this was not the time for a repeat.

“I think you would agree the last thing we need is another fight in the industry and the world,” Inman told Keller at the beginning of the session.

“So for those that were expecting us to try to beat each other up, I have no interest in doing that. I know you don’t either, Gary. Right?”

Keller said it was “sobering times” and he was “extremely humbled” by current events. Protests against police brutality have spread across the country in recent days in the wake of the killing of George Floyd, a Black man, at the hands of a white Minneapolis police officer.

“I realized something about myself. I’m not a racist and I’m not a person who discriminates, but I woke up this morning and I realized that just being that way is no longer enough,” Keller said.

Keller announced in an email Sunday that the company is creating a new task force to address racial disparities at Keller Williams and the industry at large.

Inman said, and Keller agreed, that real estate leaders have a “profound duty” to do more. “We have to become activists,” Inman said.

Inman then turned the floor over to Keller, joking that “I’m just going to give you the mic this time, and I’m not gonna ask you to stand up or sit down” in reference to their past encounter, prompting chuckles from Keller and Keller Williams President Josh Team, also on the virtual stage. Keller stood up and then sat down again, going along with the joke.

Keller spoke about what the industry will look like on the other side of the pandemic, saying “we’re seeing … a true fast track to disruption” because the industry will embrace technologies in the next 18 months to two years that it might have otherwise taken a decade to embrace.

The pandemic has created a “new normal” that is changing the behavior of both agents and consumers, according to Keller.

“Just because we have a new normal, doesn’t mean it’s worse. Agents across the globe, they are now digitally based and … doing open houses through Facebook Live and asking the question: Do we need to go physical and what does that look like? We’re not going back,” Keller said.

He predicted mergers and acquisitions between technology firms, vendors, and brokerages would speed up.

Inman agreed. “I think you nailed it … two years ago, we had all these innovators talking about the digital streamlined transaction, and what you’re saying is now the rest of the industry … is moving over to that digital era. I expect a lot more cooperation, a lot less fighting.”

The tech-enabled consumer will win, according to Keller.

“What I mean by that is … this is what’s being fast tracked: better, higher quality consumer value and experience that delights them, saves them money, saves them time. This is all happening, right? The end to end. I’ve heard you be the promoter of this way before anybody else, by the way, the idea of the online transaction. But man, we’re steps away from that,” he said.

Team pointed out that before the pandemic there was a theoretical debate about what problem a digital transaction would be solving, but now everyone agrees that consumers need to safely transact real estate, so lenders and counties and states are jumping on board with digital signatures and closings.

“Now there’s a real problem the consumer has and the agents, and the brokerages that are able to lean in and … solve those problems are ultimately going to win,” Team said.

Keller offered a couple of hypotheticals that he said would likely become reality in the next year. The first was that an agent would be able to offer a homeowner the ability to refinance at no cost to them because the agent’s platform would monitor interest rates and the condition of the home to alert the homeowner as to the best time to refinance.

“That’s going to delight and amaze the consumer,” Keller said. Another example he gave was an agent providing a new homeowner with his or her preferred vendors, a maintenance schedule with alerts set up and the ability to set up an appointment with a vendor with the push of a button.

“What’s happening now is operating systems are being created for real estate agents to run every aspect of their business,” he said.

That will include the ability for agents to create customized experiences for consumers on their website, similar to Netflix and Amazon, according to Keller. Agents will also be able to track consumer behavior in a way that helps them predict when a consumer is ready to list a property or the chances that an offer will be accepted, he said.

Still, in response to a question from the audience wondering whether Keller will close Keller Williams’ brick-and-mortar offices, Keller said no because there are limitations to doing things digitally.

“But you’re going to blend it, you’re learning how to blend this in as best a way as possible. And we’re going to discover that some things should be done digitally, and others can be physical,” Keller said.

Team added that he thought one consequence would be that “boring real estate offices are in trouble.”

“We have an opportunity as a real estate community to reimagine what the real estate office looks like in the future,” he said.

Independent of current events, Keller Williams believes competition in the industry means agents and consumers win, according to Team.

Later, Inman News asked whether Keller Williams was planning any consolidation, mergers and/or acquisitions. “As it can be faster and cheaper at times to buy than build an agent-demanded product or service and make it available quickly, acquisitions remain a consideration,” spokesperson Darryl Frost said via email.

At the end of the Connect Now session, Inman asked Keller if he had any last words for the Inman community, which he noted has a big overlap with the Keller Williams community.

“I’ll just say this … you and I are sparky with each other … but the thing that I just want to communicate to everybody is you are a good guy. I think that the work you do has gotten better, and it would be wrong of me not to acknowledge that, my friend,” Keller said.

“You’re going to tell me when I’m off, and I’m going to tell you when you’re off, but at the end, you know what, I appreciate you, and I think everyone watching appreciates you and what you’re trying to accomplish for all of us. So I just want to say thanks, and if you want to get sparky, call me.”

But he said this was a time for locking arms, digitally or physically.

“We’re all in this together,” Keller said. “And the only way we win is by being together.”

How to plan your Inman Connect Now experience