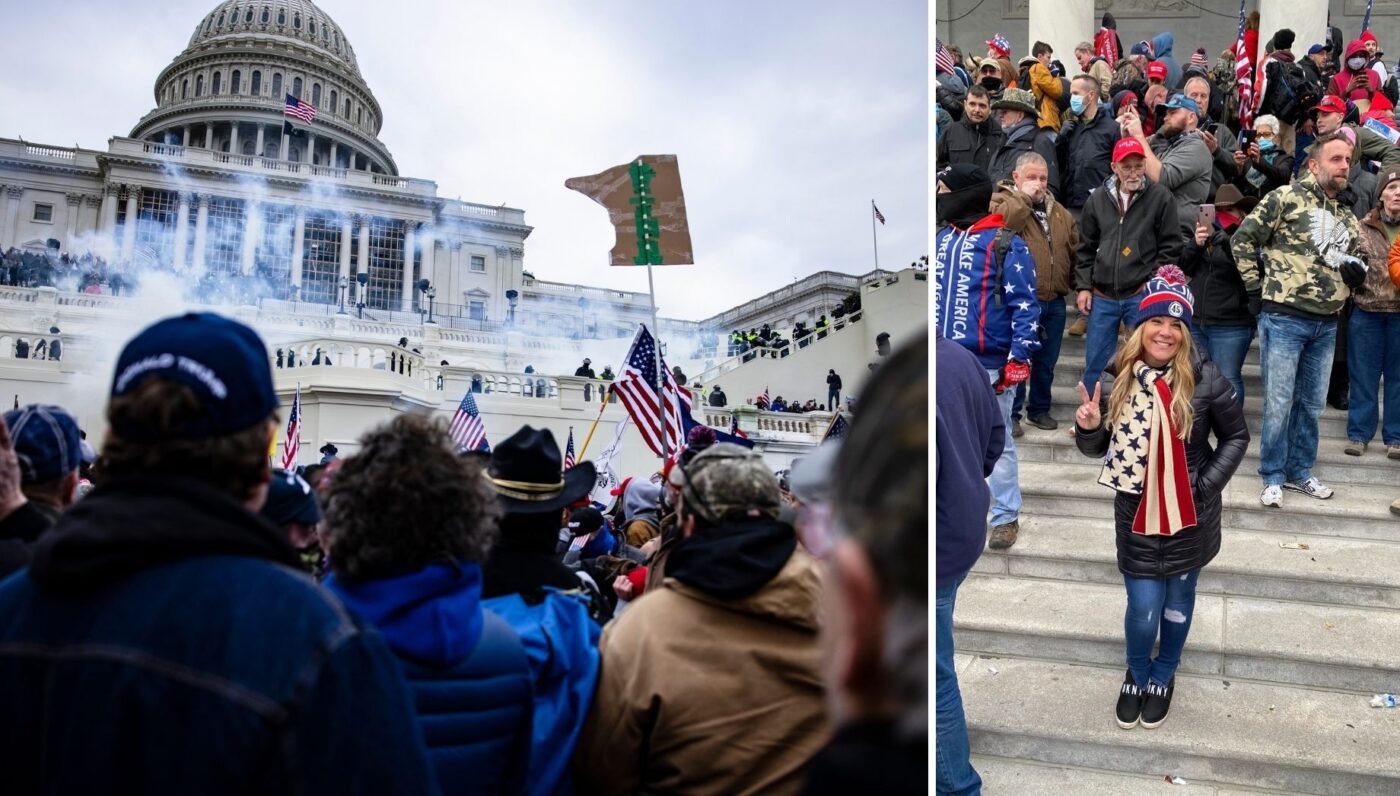 Jenna Ryan, a Frisco, Texas-based Realtor who made headlines for taking a private jet to Washington D.C. before participating in the Capitol Hill riot, is the second real estate agent to be charged in connection with the violent assault.

According to the complaint, Ryan is charged with knowingly entering a restricted area without permission to do so and impeded or disrupted the orderly conduct of government business.

Ryan flew to Washington D.C. on what appeared to be a private jet, the day before the riot took place, while lawmakers were attempting to certify the election results, according to the complaint.

“On January 6, 2021, Ryan posted a video on her Facebook account that depicts her in a bathroom mirror stating, ‘We’re gonna go down and storm the capitol. They’re down there right now and that’s why we came and so that’s what we are going to do. So wish me luck,'” the complaint reads.

In a now-deleted Facebook live video which was obtained by the Federal Bureau of Investigation, Ryan appears to enter the Capitol building via the Rotunda entrance, with a large crowd, the complaint says. In the video, the windows the Capitol building appeared visibly broken. Later in the video, with her rear-facing camera on, her face is shown inside the building, the complaint adds.

A photo that appears to show Ryan in a crowd inside the U.S. Capitol. | Photo credit: FBI

Prior to entering the building, Ryan allegedly turned on her rear-facing camera while on the steps of the U.S. Capitol and said, “y’all know who to hire for your Realtor. Jenna Ryan for your Realtor,” according to the complaint.

“Mr. Bell, as someone who has never worked as a lawyer, how do you possibly expect my client Jenna Ryan and I, her lawyer, to take you seriously as her criminal prosecutor?”

In a statement on her Twitter account, Ryan said she was attending what she thought was a peaceful protest, and said she did not condone the violence – at least five people have been confirmed to have died during the riot.

Hours after the U.S. government regained control of the building, however, Ryan posted on Twitter, “We just stormed the Capital. It was one of the best days of my life.”

Ryan is the second real estate agent to face charges for playing a role in the riot. Klete Keller, a former five-time Olympic swimming medalist for the U.S. and a current commercial real estate agent was charged earlier this week with knowingly entering a restricted building to impede an official government function, disorderly conduct, and obstructing law officers.

Libby Andrews, a Chicago-based Realtor, was fired from @properties after social media posts placed her at the U.S. Capitol and she bragged about “storming the Capitol,” although she has not been charged with any crime.

Ryan specifically calling attention to the fact that she’s a Realtor — meaning a dues-paying member of the National Association of Realtors (NAR) — might be what finally provokes the first action from NAR, in the wake of last week’s riot.

NAR President Charlie Oppler condemned the violence, but the association has yet to take any disciplinary action against members. In a monthly training webinar, the association was also clear that participating in last week’s insurrection at the Capitol was not a violation of the trade group’s new ethics policies unless a Realtor directed hate speech toward a protected class while doing so.

“NAR is pleased to see federal law enforcement take action and begin the process of prosecuting those who participated in illegal behavior on January 6, at the U.S. Capitol,” a spokesperson for the association said when asked if it planned to discipline Ryan in any way.

“While we wait for these legal processes to play out in the courts as they must, we continue to urge for calm and fully support law enforcement efforts to protect Washington, D.C. and ensure those who acted illegally are held accountable for their behavior.”

Looking back: A brief history of real estate team crackdowns