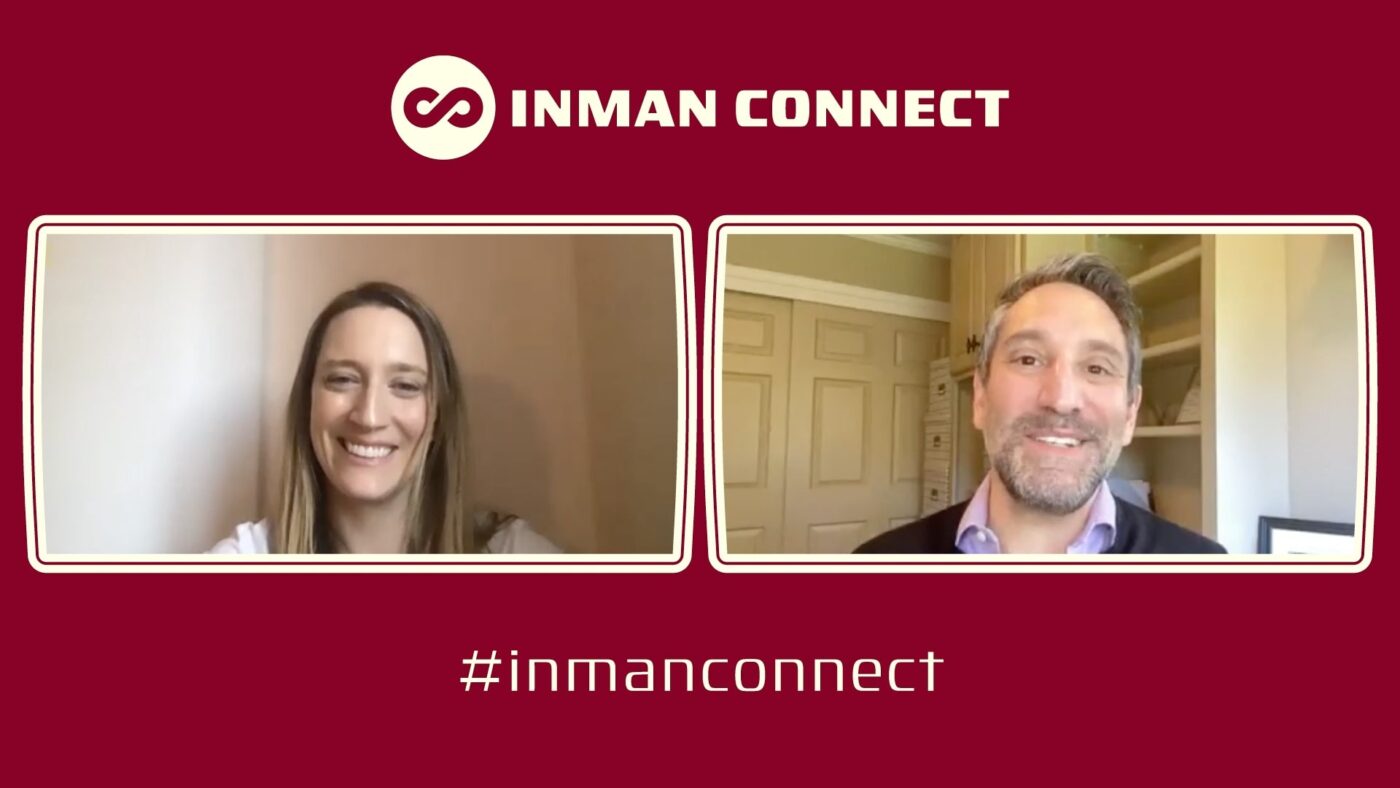 Before taking the helm a year ago at Move Inc., the News Corp. subsidiary that operates the online search portal realtor.com, David Doctorow had served in executive roles at eBay and Expedia and could see the similarities — and the opportunities to fill consumers’ needs — between those marketplaces and online real estate.

Doctorow spoke with moderator Clelia Peters at Inman Connect on Thursday, in a session called “The Evolving Ecosystem of Real Estate Search and Transactions.”

“Real estate is special,” Doctorow told conference attendees. “It touches everybody’s life. It’s a really important human need. So the purpose that we’re after — to make a difference on people’s shelter — is meaningful in the world and that’s part of what was appealing.”

He said when he considered the state of the real estate industry and put himself in consumers’ shoes, his takeaway was this: “Even after 25 years of digital real estate, it’s still too hard,” he said.

“We haven’t helped consumers alleviate the fear that they feel. The fear of missing out. The fear of making a mistake. We haven’t made the process simple enough. And that, to me, meant that there’s plenty of room to compete, and to take a perspective that’s different than anybody else had to this point. My own experience in marketplaces did lead me to believe that there are some changes that at realtor.com we could make that would position us in new ways, ways that would be distinctive.”

The promotions reflected a continued shift in business strategy for the company. In 2019, realtor.com began outright replacing its traditional lead generation platform with the lead referral service from Opcity in some markets, where agents pay the company a portion of their commission when they close a warm lead, rather than pay upfront for impressions.

Last month, Move acquired Avail, a software company that provides tools for landlords, further expanding into the rental space. Earlier this week, realtor.com and Qualia announced that they have teamed up to give agents who participate in realtor.com’s ReadyConnect Concierge network access to Qualia’s digital title and notarization services.

Doctorow said the partnership was about empowering agents and simplifying the buying and selling process. “Realtor.com believes an open marketplace approach that offers choice, control, transparency and efficiency creates the best experience for homebuyers, sellers and real estate professionals,” Doctorow added. “Our relationship with Qualia is a great example of this.”

In his discussion with Peters, Doctorow emphasized that Move wanted to provide consumers with personalized choices and thus make them feel more confident as they’re going through the real estate transaction process.

“We see some competitors trying to push their owned and operated products and really having a closed system,” Doctorow said. “[They say] ‘You have to buy our products if you want to have a loan or find a house or work with an agent.’ There’s others who take a different perspective and say let’s really take that point of view strictly of the agent and ‘Let’s just have listings show up. We’ll try to be helpful to MLSs and agents.'”

By contrast, Move sees its role as making connections between consumers and service providers, according to Doctorow.

“We think presenting some choices to them is a way that they will be able to feel more control and more confidence in that journey,” he said. “If we do this in partnership with all the other participants, be them agents or … lenders, such as Rocket Mortgage or Veterans United with whom we have partnerships, then we’re bringing the best that’s out there to that consumer. In the end, this is more innovative than anything else that one company could possibly do.”

When Peters pointed out that Expedia had lead to the near-disappearance of travel agents, Doctorow noted that a home is a “very different purchase” than a trip.

“This is the biggest financial purchase of one’s lifetime, most likely,” he said. “It’s one that does cause a lot of fear. Most consumers are still expressing very, very strong interest for wanting that guidance, wanting that assistance. It helps them feel that confidence that they need to navigate what’s a tricky process. We have no desire to disintermediate.

“We want to simply make the connections that are natural,” he added, “and there’s an integral role that an agent will play helping buyers or sellers get it just right.”

Peters asked: “So you don’t see a role for yourself, today or in the future, becoming a broker or offering your own iBuying services or … bringing your own branded services to the market?”

“No, we absolutely don’t,” Doctorow said. “We are not, in any foreseeable time period, going to be a lender, we’re not going to be a broker. In the end, we’re about making connections to the best providers who are out there. The best agents who are out there, to the best lenders who want to do business with us. Increasingly, you’ll find us fill in other parts of the homeownership journey. Title is an area that certainly we’re thinking a lot about.”

Asked why that’s a better strategy than pushing one’s own products, Doctorow said that the latter would undercut consumers’ trust in what realtor.com is offering because then consumers would not have the confidence that the site was recommending the best provider.

He anticipates that “good old-fashioned word of mouth” from those who come to the site and experience it will help it grow. For consumers looking for an agent, realtor.com offers a concierge service that calls them back live in an average of four seconds, he said.

“We’ll ask them a few clarifying questions and, when it makes sense, we’ll match them with the best agent for them,” Doctorow said. “Using a lot of information we have about them and the agents, we use data science and prediction models to make those matches as good as possible. And then, once the match is made we’ll follow along. We will collect information from that consumer and that agent, and the information that we get allows us to understand when is it that we can intervene to provide assurance, help.”

If the consumer and the agent aren’t working well together, the service will re-match the consumer with another agent, he said. And throughout, realtor.com is gathering data and learning.

“This type of intelligence that we build up over time, about how agents do work and serve those consumers, allows us to understand which are the best agents out there for certain types of consumers and that gets our matching to get better,” Doctorow said. “In the end, we route the next lead to the agent that we think is going to serve that consumer well.”

And the company won’t stop at just using this data for agent matching, according to Doctorow.

“We’ll help facilitate ways for that agent to bring the services that we know the consumer needs, be it lending or other services, title, etc.” he said. “So that in the end, the consumer’s experience gets simplified and easier over time.”

WATCH: How to get ahead in real estate (really!)

What a butt gym can teach agents about marketing