Technology acquisitions, the launch of an ancillary mortgage business and a rapidly growing global footprint have fueled the brokerage’s growth. Here’s Inman’s deep dive on what’s ahead this year.

RE/MAX was one of the real estate industry’s original disruptors, but when you’re a nearly 50-year incumbent, it’s an easy thing for others to lose sight of when it comes to perception. 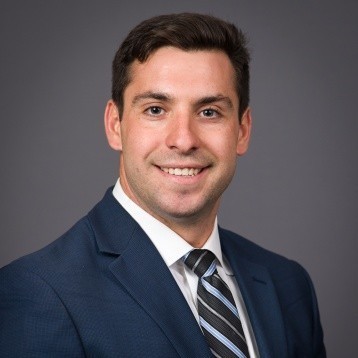 After a tumultuous few years of leadership turnover, the company finally found solid-footing in its C-suite and what followed has essentially become the modernization of the RE/MAX brand.

And whether that’s through technology acquisitions, the launch of an ancillary mortgage business or a rapidly growing global footprint, the impetus for it all comes back to one thing: growth.

“The bottom line in challenges that RE/MAX is facing is looking to Motto, looking to First, looking to international for growth, and that’s where the growth story is for RE/MAX,” Matthew Gaudioso, an equity research associate at Compass Point Research & Trading, told Inman.

Can RE/MAX kick-start US and Canada agent count growth?

RE/MAX’s biggest challenge remains the same as last year, according to Steve Murray, the former president and co-founder of Real Trends and recent founder of RTC Consulting.

“How are they going to reignite growth in agent count in their North American segment?” Murray told Inman by email. “That is it.”

As a public company, RE/MAX regularly publishes its North American agent headcount and the past few years of earnings show mostly flat- or negative-growth between 80,000 and 85,000 total agents.

At the same time, the number of Realtors has exploded, according to membership data published by the National Association of Realtors. The total number of NAR members was up nearly 5 percent year-over-year in January at 1.45 million.

An estimated 64 percent of revenue for the company — excluding market funds — comes from continuing franchise fees and annual dues, both of which are dependent on agent count, according to the company’s year-end 10-K filing for 2019.

RE/MAX inherently has a bit of a lag, however, when it comes to adding new agents to its rosters. The company targets full-time, more established agents, rather than new or part-time agents with its recruiting efforts.

And If you look at the core U.S. and Canada franchising business, it’s mature, Gaudioso explained.

“RE/MAX isn’t the first place that [new] agents will go,” Gaudioso said. “They are set up to lag late in the cycle.” 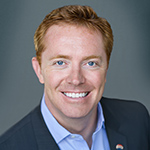 “We’re not a startup so we really drive our success through market share,” Bailey said. “And in so many markets where you’re No. 1 and there’s a level of saturation that you see, we look at that, and we gauge that against where our growth potential is.”

Bailey said that the company does believe it still has growth potential but acknowledges that it’s not the home for every agent, so that changes the way RE/MAX grows. RE/MAX agents, on average closed 15 transactions last year, compared to the industry average of seven.

“When market share drives how you look at growth, it determines who you’re looking at for growth,” Bailey said. “So absolutely [growth] is a focus.”

Is RE/MAX financially strong enough to compete with the highly valued, tech-focused companies?

In the public markets, RE/MAX is not priced like a growing company, the way some of its competitors such as Redfin (which also prioritizes market share growth) and eXp World Holdings (which has seen agent count explode) have seen their stock prices and market caps soar, according to Gaudioso.

Both Redfin and eXp Realty also have the allure of being “technology-focused” brokerages and are priced as technology growth stocks.

And while RE/MAX is priced like a franchising business — which is its core revenue driver — it does have to compete with these companies. The company, in turn, has also invested heavily in technology.

“The difference in their technology investments compared to some other models is that the tech investments are really enhancements to the value proposition,” Gaudioso said. “And the challenge is really turning that value prop enhancement into recruitment success.” 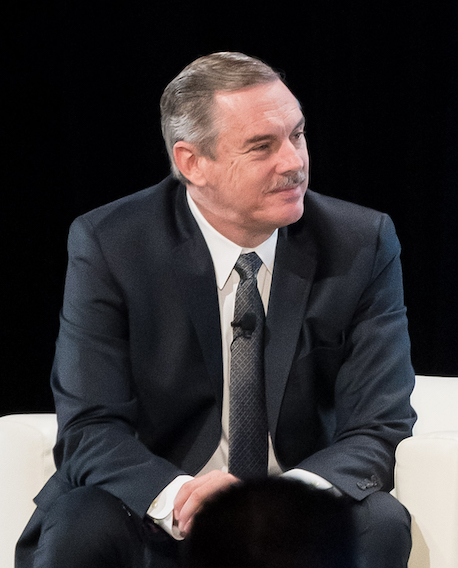 RE/MAX also faces challenges from transaction fee models, which are “offering a newer and in many cases very compelling cost structure with more and more technology as part of the offering,” Stefan Swanepoel, the chairman and CEO of T3 Sixty, told Inman.

“These firms often provide a robust environment and financial upside for more experienced agents, which are the RE/MAX target audience, thus the competitive pressure,” Swanepoel said.

“RE/MAX continues to emphasize its strong and well-recognized brand and remarkable agent performance to maintain its market position against these competitors,” Swanepoel added.

RE/MAX doesn’t have the benefit of being a company with a market cap north of $8 billion, but Bailey dismissed the notion that having a lower valuation than a company like Redfin or eXp Realty hurts RE/MAX’s ability to compete and fend-off challengers.

Rather RE/MAX’s conservative approach over the years has put the company in a strong financial position to invest more now at a time when competition is high in the industry.

“We’ve built a business over the years that we’ve run conservatively, and we have very strong EBITDA (Earnings Before Interest, Taxes, Depreciation, and Amortization) margins,” Bailey said. “If you want to compare apples to apples, start looking at some of those margins.”

“We’re fortunate enough that we have the margins that allow us to make some of these key investments that we believe will drive and continue to make RE/MAX modern, and evolve and stay relevant to the industry.”

Can RE/MAX get its agents to actually use its technology?

Gaudioso cautioned that it was likely too early to determine whether or not RE/MAX’s investment in technology is actually paying off when it comes to agent success and recruitment efforts. The company’s acquisition of booj a number of years ago anchored its technology platform, but more recently the company has acquired artificial intelligence platform First and had a few smaller bolt-on acquisitions.

“It’ll be about turning the foundation into actual wins when it comes to agent additions,” Gaudioso said.

But there’s also another measure of how successful a company’s technology investment is: agent adoption. It’s one thing to have flashy tech you can show off during trade shows, but it’s another thing to actually get agents to use the technology when there are so many options available.

“Historically, it has been very challenging for most franchise networks to supply market competitive technology to a diverse audience,” Swanepoel told Inman.

The booj platform, for example, seems to be a leg-up for smaller and mid-sized brokers and is being well-received by that audience, Swanepoel said. It’s the larger brokers that have more complex and specific needs and appear to want more than is being offered.

Bailey admitted that adoption has always been a key driver with which real estate brokers struggle.

“Is it an ongoing challenge for us to drive adoption?” Bailey said. “You bet.”

“And the reason why is there are so many choices out there,” Bailey added.

What helps RE/MAX with adoption is the testimonials of what actually does work. “Forget marketing,” Bailey said. “The best marketing is word of mouth in our business.”

The key to getting agents to use these tools is sharing what’s been successful with the network. Bailey said he just recently spoke to a RE/MAX agent in Texas who had closed $9 million in listings off the First app the company acquired in early 2020.

The other thing that helps adoption is connecting all the different pieces of technology into one ecosystem, which is something competitors like Realogy, Keller Williams and Compass, among others, have also been doing.

Agents are tired of logging into a number of disparate systems, Bailey explained.

Can RE/MAX grow Motto Mortgage into a significant part of its business?

While the RE/MAX residential real estate brokerage franchise is more than five decades old, the company also has a new business under the RE/MAX LLC umbrella: its Motto Mortgage business.

Barely four years old, Motto Mortgage sold more than 200 franchises-to-date. The goal for RE/MAX is now to turn Motto Mortgage into a significant revenue generator for the company.

When the investment does translate to being profitable and a significant revenue source, Gaudioso believes it will become an even bigger part of the RE/MAX story.

The COVID-19 pandemic may have even accelerated Motto’s path to becoming a significant part of the RE/MAX business, Ward Morrison, Motto Mortgage’s president, told Inman.

“In the early days of the pandemic, sales actually accelerated on a seasonal basis as our franchise sales efforts transitioned to a virtual experience,” Morrison told Inman. “In fact, we sold more franchises during the second quarter — a time during which many parts of society locked down — than we have in any prior April-June period in our history, helping put Motto on track to have a record year of franchise sales.”

“We believe the pandemic showcased the countercyclical nature of our business model for our various customer types,” Morrison added. “Existing real estate brokerage owners and teams had time to reflect on the strategic and financial importance of ancillary business opportunities and how it could help them diversify their revenue streams.”

Can RE/MAX navigate global uncertainty amid the COVID-19 pandemic?

One other thing that separates RE/MAX from a number of its competitors is the company’s massive global footprint. Outside of the U.S. and Canada, RE/MAX hit 50,000 agents this past summer.

But that could subject the company to the whims of real estate markets across the globe, many of which are faced with much different COVID-19 realities in both positive and negative ways.

“Large/global companies have exposure to many more markets than U.S.-based firms, and that comes with both the challenges and the opportunities inherent in the global market,” Swanepoel said. “As RE/MAX’s core business is franchising, local market shifts or changes are less likely to impact the global franchisor vs. the local operating company.”

“Many of their competitors are also in similar situations, having brands that operate in U.S. and global markets, so it does not appear to be a situation that is exceptionally specific to RE/MAX,” Swanepoel added.

Bailey doesn’t believe that it’s a weakness — rather he thinks it’s a huge strength — but it will no doubt be something the company needs to navigate as the pandemic and the accompanying economic uncertainty continues.

“It’s only helped us because we are becoming just closer and closer to our friends in other countries just as a society,” Bailey said. “Even here in the U.S., we have a more diverse society than we’ve ever had.”

“The connections that are being made globally has driven us and given us one of the best strategic advantages over many other companies.” 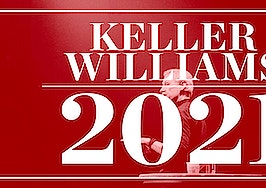 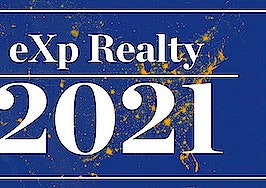 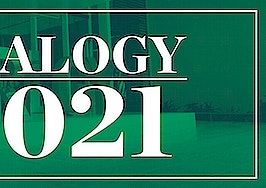