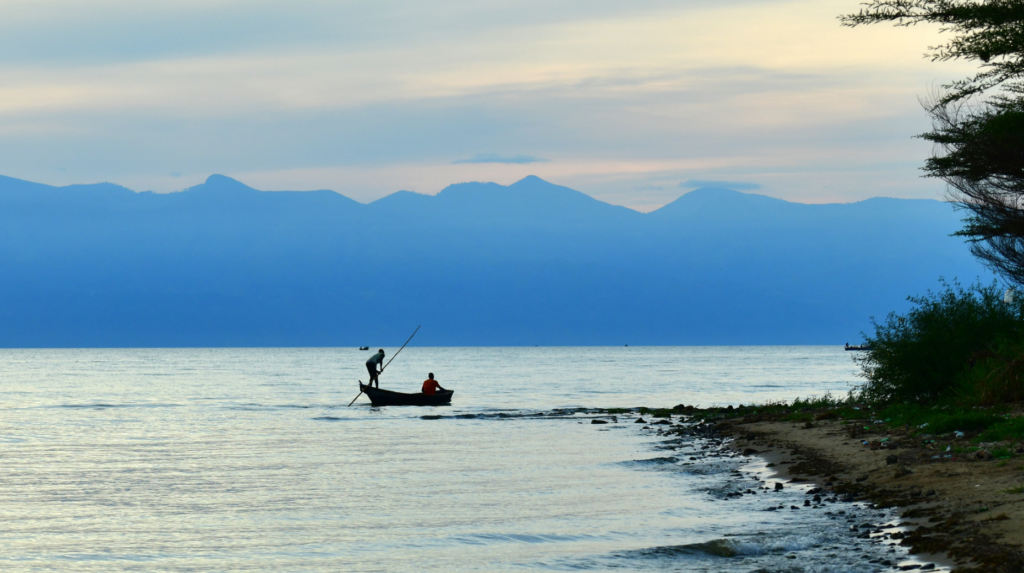 Starbase, the Texas town Elon Musk announced he was planning to incorporate as part of Brownsville and South Padre, is one example of a community conceived seemingly overnight.

Can you imagine living in a city built where just a few years ago a desert once stood? While the idea may sound like science fiction, the fact is that there are new cities popping up where once there was nothing.

One example, of course, is Starbase, the Texas town SpaceX founder Elon Musk recently announced he was planning to incorporate as part of Brownsville and South Padre. With his typical aplomb, Musk said the town would be a real boon for workers at the $1.1 billion manufacturing facility that SpaceX is in the process of building in the area.

In an article for Propmodo, journalist Kyle Hagerty identified four other global cities that are being built from scratch by urban planners and developers. Read the list of planned cities to keep an eye out for in the year ahead. 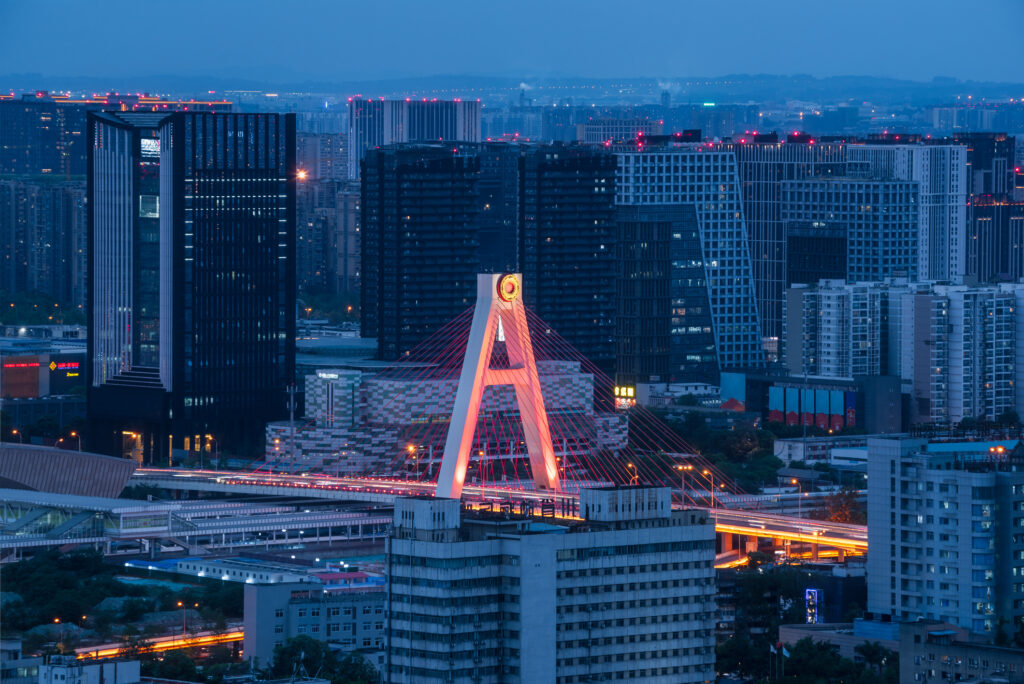 With a population of nearly 1.5 billion people, it is no surprise that China is in a desperate race to build as many new places to live as possible.

Tianfu Ecological City, a 1.3-square-kilometer area outside the major urban center of Chengdu, was launched as a separate municipality in 2011. The aim of the Chinese government was to build a new business and commercial hub while keeping it ecologically friendly and as “green” as possible. Current urban plans include building more than 20,000 kilometers of greenway trails throughout the city while the new sustainability-minded infrastructure will allow Tianfu to use 48 percent less energy and 58 percent less water than a typical Chinese city of its size.

“Lush green spaces and blue skies in Chengdu’s Tianfu New Area offer a new image of urban China that the Chinese government sees as the future of urban development,” Hagerty writes. “The success of Chengdu Tianfu New Area’s green spaces, environmentally friendly infrastructure, and walkable nature could be a much-needed change in urban planning for the world’s fastest-growing economy.”

The fun thing about building new cities is the ability to dream up what was previously considered impossible — in the Tabuk region of Saudi Arabia, local urban planners are envisioning a ‘linear city’ that stretches for 100 miles and is powered with 100 percent clean energy.

What would be known as “The Line” of the larger Neom region would have no cars and no streets (houses and businesses would be dotted along the one stretch of road). As part of the Saudi Vision 2030 project to diversify the Saudi economy and move it away from oil, the building costs are estimated at $500 billion. Still, Saudi authorities are hoping that its center for recreation and tourism will add 380,000 jobs and attract 1 million new residents from around the world by 2030.

“What Saudi Arabia’s efforts tell us is the future of urban development is smart, connected, and carbon-free,” Hagerty writes. “Saudi Arabia’s plans to radically reimagine urban planning are all about leveraging the latest in technology to build better cities.”

Many African cities are being transformed into booming tech and commerce hubs right before our eyes — Uganda, in particular, went from having 1.7 million residents in 1991 to 7.4 million in 2016. In order to navigate such rapid population expansion, the Ugandan government has recently announced plans to build 15 new cities in less densely-populated parts of the country. While all are worth keeping an eye on, the most lofty goals include transforming Hoima (a small rural town about 125 miles from Kampala) into a major employment hub by building an airport, cargo-handling facilities, an oil refinery, excellent roads and various other infrastructure to support people moving there for work.

“Hoima is at the forefront of Uganda’s urbanization after massive oil deposits were discovered in the region in the 2000s,” Hagerty writes. “Investments in road networks and an airport for the region has been a boon, but an overall lack of municipal administration has Hoima missing out on the full scale of tourism and business opportunities. Being upgraded to a city later this year will hopefully change that.” 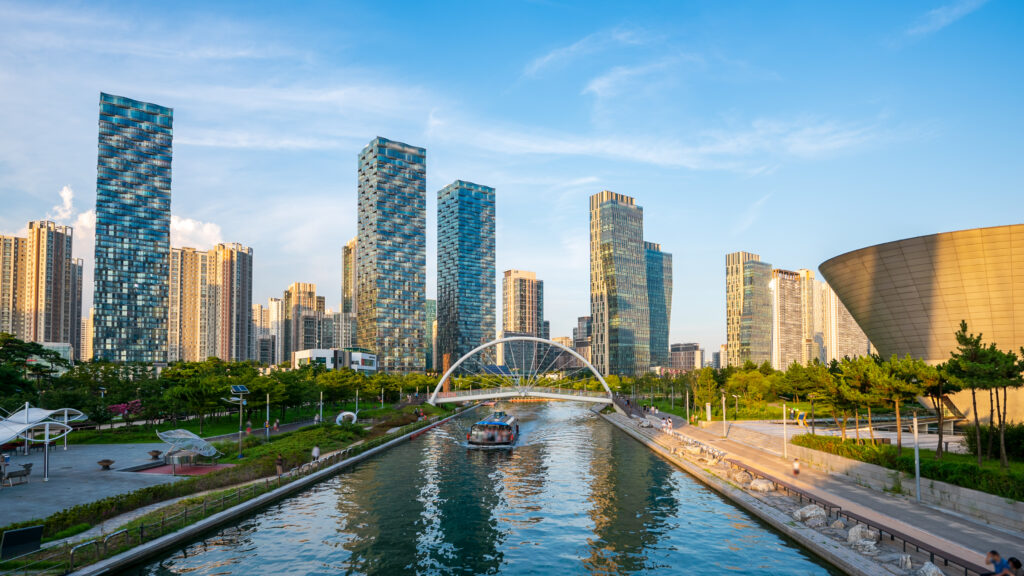 With a population of nearly 10 million people, Seoul is in desperate need of new suburbs that give residents affordable housing and decrease the pressure on the urban core.

Located 20 miles southwest of the capital, what is now known as the Songdo International Business District is a new “smart city” stretching across 1,500 acres of land alongside the Incheon waterfront. A trio of commercial high-rises give it a modern, futuristic feel while the 106 apartment buildings already built are expected to expand in an effort to attract new residents. First envisioned in 2001, the city that is constantly in the process of being built is a modern suburban utopia envisioned by South Korean urban planners.

“Ten years in the making at a cost exceeding $40 billion, Songdo has 106 buildings with more than 22 million square feet of LEED-certified space and still growing,” Hagerty writes. “Computers are built into nearly every structure, connecting the city through a wide area network. The city is so advanced it doesn’t need garbage cans or garbage trucks, using a pneumatic waste disposal system that sucks garbage through pipes underground.”

And, of course, there is the typical grandiose Musk vision that is Starbase: a desert town built around SpaceX’s launch and development site.

While the promises are ambitious (creating hundreds of thousands of jobs and developing some of the country’s most futuristic infrastructure), the local residents were not exactly thrilled to learn of Musk’s plans to transform what is now a sleepy town into a global experiment. Cameron County Judge Eddie Treviño confirmed that a representative from SpaceX inquired about incorporating Boca Chica Village into Starbase but stressed that there are regulations to follow and “sending a tweet doesn’t make it so.”

“In addition to a launch center in Boca Chica, Musk operates a test facility in McGregor, Texas, and is constructing manufacturing facilities near Austin, Texas,” Hagerty writes. “Clearly, Musk likes his reception in the Lone Star State, making Texas key in his mission to Mars.” 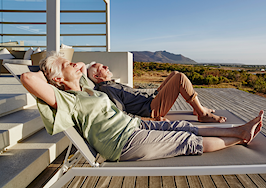 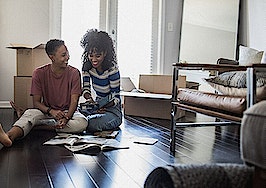 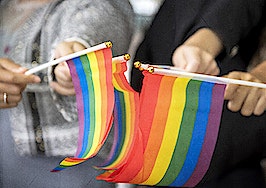 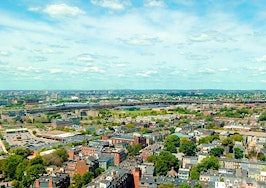