Real estate icon Ryan Serhant is one of the most well-known brokers in the country and a star on the television show Million Dollar Listing New York.

His new brokerage, Serhant., represents some of the most prominent listings in New York City, including the most expensive home for sale in America, the penthouse at 432 Park Ave.

“My thing is always expansion,” Serhant told Inman when he started his firm last year. “I really do believe it — it’s not just a motto, it’s in my blood, and I want to be consistently growing.”

Since launching, Serhant’s brokerage has made waves in the industry. In February, it worked with the buyer of the second most expensive home sold in the U.S.

But Serhant didn’t start off breaking records and closing million-dollar deals. In fact, per a report by Forbes, during his first year as a real estate agent, Serhant made just $9,000.

In an interview with Inman, he shared the three career moments that paved his path to success.

In 2010, Serhant went to an open casting call for Million Dollar Listing New York, there were 3,000 agents there. At the time, Serhant had only been working in the real estate industry for about a year and half.

“I was the least-known real estate agent there,” he said. “I had barely done any sales. I was really just doing rentals to pay my rent.”

The market in 2010 was challenging, forcing Serhant to debate whether or not he needed to pick a different career path. But when he got a call back from the casting crew, he knew real estate was where he belonged.

He told Inman that if NBCUniversal believed he could be one of the greatest real estate agents in New York City, then he needed to start believing in himself, too.

In September 2020, during the middle of the pandemic, Serhant launched his own firm, eponymously named Serhant.

Despite the gloomy predictions that naysayers were casting about New York City’s real estate market, he told Inman that his gut told him it was the right time to start his own business.

He was right. Not long after launching, the firm sealed its first deal for $22.5 million.

“That was an adrenaline shot to the arm,” Serhant said. When Serhant launched his firm, he had only two agents and two employees. Today, the brokerage is home to over 60 agents and over 35 staff members.

Serhant has also been able to flesh out several branches at his brokerage, including a new development business that handles projects around New York City, like the Quay Tower in Brooklyn Heights and Jolie in Financial District.

“When people were counting New York City out, we went hard,” he said.

In February 2021, Serhant worked with the buyer of one of the most expensive residential homes ever sold in the U.S., 535 North County Road. Located in Palm Beach, the mansion sold for just under $140 million.

“Probably the most defining sale of my career was selling 535 North County Road,” Serhant said.

The deal happened just a few months after Serhant launched his brokerage and helped secure its reputation as a rising player in the industry.

“It was great to then see not just my name but the company name and brand representing the most expensive home ever sold in Florida,” he said. “Any PR for the new business is really important.”

Serhant met the mansion’s buyer in New York City in January. At the time, they were looking for a rental. But they got to talking, Serhant explained, and decided that a home purchase in Florida might be a smarter choice.

“That was a Monday. By Wednesday, we had made the decision to go to Florida to see a property the next day,” he continued. By the end of the day on Friday, they had a fully executed contract.

“New York is the first market, but we have huge ambitions and goals and will really expand in the coming years,” he said. 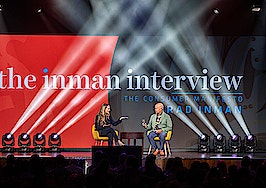 3 reasons to join your peers in person this October 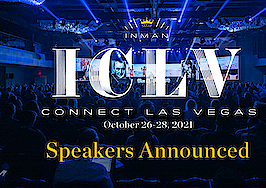 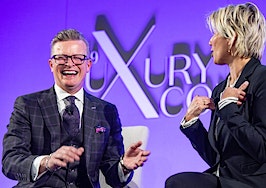 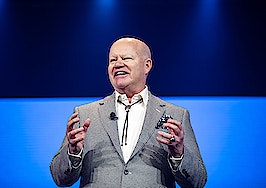