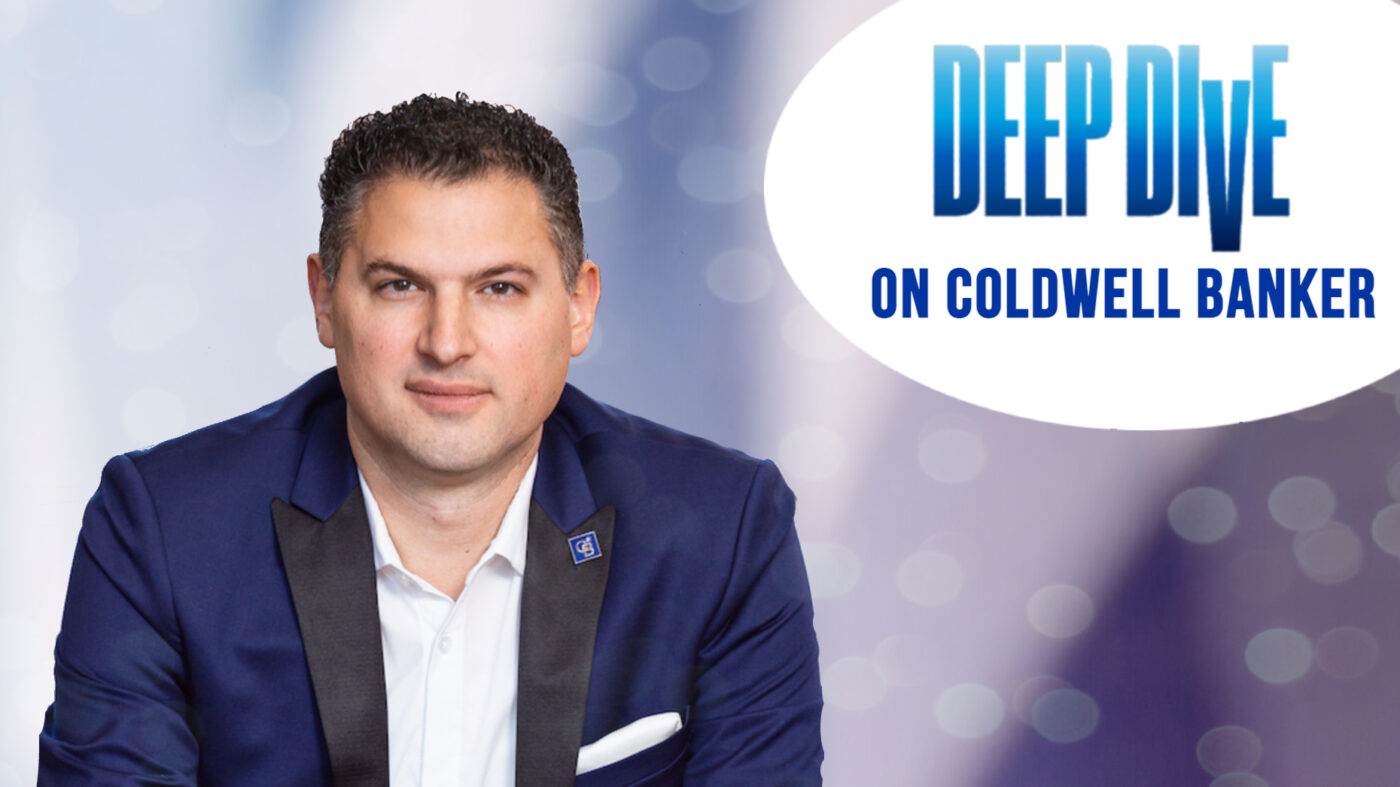 David Marine had his work cut out for him. 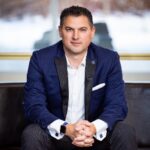 In 2019, Coldwell Banker unveiled a wide ranging rebranding effort that would see it completely overall its visual identity. Marine — a longtime veteran of Coldwell Banker who became the company’s chief marketing officer in 2019 — was tasked with overseeing the project.

And then, 2020 arrived and with it the coronavirus pandemic. The crisis didn’t sink the real estate market, but it did sink the old normal. Suddenly people were moving to new states, working from home and looking for entirely different types of property. And throughout the chaos, Marine had to continue guiding one of real estate’s most venerable brands though a major shift in identity.

Marine recently sat down for a phone call with Inman in anticipation of Coldwell Banker’s Gen Blue Experience event, which is happening this week. During the call, Marine talked about how the rebranding efforts have gone and what Coldwell Banker’s marketing will look like going forward.

Despite an unprecedented 2020 and 2021, Coldwell Banker’s rebrand is almost complete — and appears to have been a success. And the company plans additional marketing pivots in the near future.

What follows is a version of Marine’s conversation with Inman that has been edited for length and clarity.

Inman: I heard that you may have some news you can share with me. What do you have coming up on the horizon?

We’re going to be revealing the direction for our new campaign. We’re shifting to a seller-focused strategy. Listing inventory I think is going to be the biggest issue in our industry, and it’s not a short-term issue. It’s a long-term issue.

So we’ll be focusing on how we go about showcasing the way that we can help sellers. Sellers are basically an under-serviced consumer segment from brands as a whole and the industry in general.

When you look at what we are offering sellers when it comes to how we’re approaching them from online destinations, there really isn’t anything unique at all. So we’re going to be doubling down and focusing on sellers in 2022 and beyond.

Our campaign is going to focus on this idea of dreaming, and how sellers now have the ability to dream bigger and larger than ever before based on industry conditions and what is going on in the world around us. And the place where we want them to start dreaming is coldwellbanker.com.

Next year we’re looking to reboot coldwellbanker.com and turn it into the ultimate seller destination online. Very few real estate brands are really doing anything to help sellers online, ourselves included, and that needs to change.

We’ll be enhancing some new functionality on our site, something we’re calling the Move Meter, which will be able to showcase the difference of moving from one town to another. Not just in the price differential, but the lifestyle differences, the livability difference, the costs difference from property taxes to a gallon of milk to a movie ticket. It’ll paint a bigger picture of where you could possibly go.

We’ve also been a leader in video for quite some time now, but we’ll be reinforcing that through a new section we’ll call CB Guides which will feature our own agents with sellers, really showcasing their knowledge and expertise.

It sounds like you’re confident this more flexible work environment we have right now will continue into the future. Do you see the remote work trend of the last year and a half stick around?

I don’t have a crystal ball to make a prediction, but I would say that’s something that’s very hard to put back into the bottle. Companies as well as their people are seeing the benefits of it.

This seems like it’s going to be around for a bit, and people should jump on it while they have the opportunity available to them.

Thinking about this emphasis on sellers, how did you conclude that this was a niche you needed to fill?

Listing inventory, even prior to the pandemic, was an issue. We didn’t have enough homes on the market. And obviously the pandemic exacerbated that. So we’ve been looking at this and asking if it’s a short-term thing or a long term thing. And all the numbers have indicated this is a general issue out there.

The focus in real estate has been on the buyer for so long. I mean, it’s easy. Your website greets you with a search bar to find a pretty home for sale. It can showcase amazing listings. But trying to persuade someone to sell a place where they live, that’s a lot harder. And it takes a lot more effort.

But our sense was that it’s doable if you’re able to paint the right picture and be able to showcase why this is a benefit to them. So I think some of the enhancements on the website that we’re looking at, as well as the expertise of our agents, and the trust from our brand, makes this much more viable coming from us than it might be coming from other real estate brands.

Let’s talk about Coldwell Banker’s rebranding. How is it going at this point? What kind of response have you seen?

One of these days I’ll be able to say, “Hey remember that rebrand. It’s done now. It’s all over.”

But it’s actually going quite well. Over 90 percent of our network is rebranded. So we’re excited about that, especially since we did it in the middle of a pandemic.

What I’ve really been excited by are some of the results that some of the individual companies are sharing with us. From South Carolina to Hawaii to Vermont, we’re hearing stories about how sides have increased. Agent recruiting is up. Our company in Greenville, South Carolina — Coldwell Banker Caine — was talking about how since the rebranding they’ve had a 133 percent increase in global luxury agents.

A lot of them have seen, from 2020 to today, some of the best years on record that their companies have produced. You can say, “Well, Dave you can’t count all of that toward the rebrand.” And you’re right. While I’d like to, it didn’t have everything to do with it. But it absolutely played a role in it as well.

We’re seeing changing consumer sentiment, as well as agent sentiment. We’re seeing a 60 percent increase in positive perception for our brand since the rebrand. And when you put all of that together, it tells me it was the right move at the right time. It has given us momentum even through a global pandemic to be able to showcase the way that Coldwell Banker has been able to help buyers and sellers, as well as our agents.

We always try to measure what are the different attributes that people associate with our brand. And there were ones that even before we rebranded we weighted strongly, and wanted to make sure we maintained that. And those were always the trust factor. We were a trusted brand that people knew they could rely on.

But we wanted to improve in some other areas. Like, how are we perceived as being an innovative company and more modern? Someone who could help consumers both today and tomorrow.

What we’ve seen from consumers is we’ve been able to maintain that trust level while improving on other factors, where we are now perceived as being more modern and more innovative — a brand people want to know more about. We’re also seeing increase in our perception as a luxury brand.

All those areas point to the rebrand as being a massive bump in the perception of Coldwell Banker.

You mentioned that someday the rebranding effort will be complete. When will that happen?

We track this based on logo usage, yard sign implementation as well as exterior signage. And when I say 90 percent, it’s 90 percent have done all of the above. Everyone else has done something. So we are going to be hitting the 99 percent number by the end of the year. There are going to be some stragglers along the way that’ll be wrapped up in the first half of 2022.

Looking forward into 2022, what are your marketing goals? Obviously it’s going to involve sellers, but what’s the big picture?

Honestly I think marketing in 2021 feels a little bit more normal than marketing in 2020. In 2020 it was like, is now the right time to advertise? What messaging works all of this craziness going on? And where should the focus be?

And now it’s normalized to that new normal if you will. And so that’s been somewhat of a relief. Looking into 2022 that will continue.

Speaking of commercial real estate, if everyone is working from home, that area seems like a bigger challenge right now.

It is a challenge but also there’s always a need for commercial space, whether it is going to be retail or warehouse or land. While the commercial business hit a blip during the pandemic, we are seeing some of our local companies doing fantastic work.

It may not be utilized in the same exact way it that we’ve seen it before, but there are areas in which the commercial real estate market is taking off.

Everybody talks about how everyone is leaving New York and New York is going down the tubes a little bit. And then all of a sudden a year and a half later it bounces back. And it always bounces back.

I think that that’s part of what you’re going to see, especially in the big city areas. But even on some of the outskirt markets where there has been booming corporate business, it may not be in the same way it was before, but we’re still very positive about the outlook. 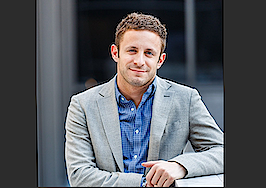 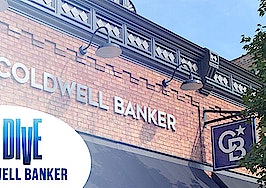 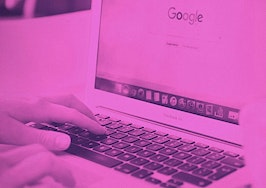 Are you Googleable? 5 simple steps to upgrade your online presence 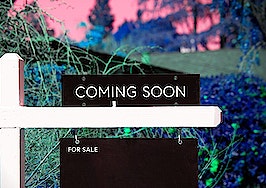 5 ways to hype your listing before it hits the market 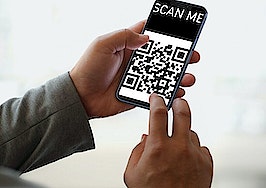 It's time to pay attention to QR codes: Your future clients
Back to top
The best event in real estate kicks off next week! Tickets are selling quickly.Register Now×
Limited time: Get 30 days of Inman Select for $5.SUBSCRIBE×
Inmanpot
Log in
If you created your account with Google or Facebook
Don't have an account?
Create an Account
Forgot your password?
No Problem