Independent brokerage network Leading Real Estate Companies of the World is retracting its support for a listing attribution policy proposal under consideration at the National Association of Realtors.

Independent brokerage network Leading Real Estate Companies of the World is retracting its support for a listing attribution policy proposal under consideration at the National Association of Realtors.

The proposal would require that the contact information for listing brokerages be displayed on agent and broker website listing pages at least as prominently as that of any advertising agent on a site.

Realogy and Zillow have come out in favor of the proposed policy, while RE/MAX has come out against the policy entirely.

Realogy and Zillow are also asking the 1.5-million-member trade group to require that listing agents, not just listing brokers, also be prominently identified on website listing pages — a suggestion opposed by some MLSs and at least one brokerage, Shorewest Realtors.

On Oct. 4, LeadingRE, which has more than 500 member brokerages, submitted a letter to NAR’s Multiple Listing Issues and Policies Committee, which will meet on Nov. 13 at the Realtors Conference & Expo this week in San Diego to consider the listing attribution proposal as well as a slew of other MLS policies.

LeadingRE’s letter, written by its CEO Paul Boomsma and Chairman Mike Pappas, expressed support for the proposal as well as for requiring display of listing agents, not just listing brokers. The letter was included among the materials distributed to attendees of the MLS Executives Session at the conference on Thursday morning.

But that same day, just before the conference’s MLS Forum in the afternoon, LeadingRE retracted its letter and asked NAR not to include it in the materials under consideration by the MLS committee, according to Jessica Edgerton, LeadingRE’s executive vice president of operations and corporate counsel. 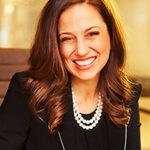 The network’s updated stance is that it is now neutral on the proposed policy as a whole, she told Inman Friday.

When LeadingRE sent its letter, the network had heard from some members and felt that their views were representative of the entire membership, she said in an interview.

“It has since become a hotter topic,” prompting other member brokerages to provide their feedback, Edgerton said. Shorewest Realtors, for instance, is a LeadingRE member.

“We’ve heard a variety of views, everything from keeping the status quo to folks who are receptive to Realogy’s proposal. It’s all over the map.”

Because there are “too many different views” for LeadingRE to have a cohesive position on the proposal that represents its members’ opinions, “we are stepping back,” Edgerton said. “We have become Switzerland. We are completely neutral.”

“Without consensus among our members, LeadingRE is standing back in order to allow our members to speak individually on this topic,” she added.

LeadingRE does not plan on speaking tomorrow at the MLS committee meeting, but will if additional clarification is needed on the network’s stance, according to Edgerton.

Editor’s note: This story has been updated with additional comments from LeadingRE. 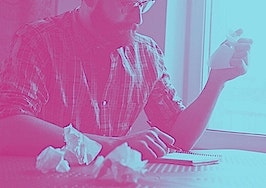