by Marian McPherson AND Craig C. Rowe
Share this article
You successfully shared the article.
Close

During Zillow’s second-quarter earnings call in August, CEO Rich Barton said the technology behemoth was inching closer to its goal of creating the ultimate “housing super app” for agents and the consumers they serve.

On Monday, Zillow took the next step toward that vision with the rollout of ShowingTime+, a new brand that will house existing products and services from ShowingTime, Bridge Interactive, dotloop and Zillow’s Rich Media Experience team, which oversees 3D tours and interactive floor plans.

“‘Plus,’ very simply, means ‘more’,” ShowingTime+ Senior Vice President Jun Choo said in a statement to Inman. “The extended ShowingTime+ brand reflects the breadth of our offerings and the opportunity we have to continue building tools that help agents succeed.”

“Ultimately, our goal is to reduce transaction friction for everyone by offering an integrated, open platform for real estate professionals to run their business,” he added. “Nearly 90 percent of home shoppers and sellers work with an agent, and at ShowingTime+ we want to help agents bring them home.”

In a Q&A with Inman, Choo said the genesis of ShowingTime+ comes from a strengthening shift in Zillow’s ethos that places agents and industry members — alongside consumers — at the center of their strategies.

“Those pieces have been sort of around for a while and in different parts of the organization,” Choo said alluding to Zillow’s 2015, 2016 and 2021 acquisitions of dotloop, Bridge Interactive and ShowingTime. “This year, we decided it seemed like a really good time to bring all of that together into one group that thinks about the industry.”

“Zillow Group tends to think about homebuyers and homesellers as being the primary person they solve problems for,” he added. “It made sense for Zillow Group to have a division within Zillow that focuses on agents and the industry, so we took all of the pieces that we already had, brought them together, and then put them under one brand to signify this is a thing that’s going to be a focus for us.”

Choo said the launch of ShowingTime+ won’t change users’ experiences with ShowingTime, dotloop, Bridge Interactive and Rich Media Experience (RMX) products. However, it will have a marked impact on how these platforms are packaged and marketed.

“It’s a big change for us internally, maybe in terms of who reports to who and who your manager is,” he explained. “If you’re a customer of dotloop or a customer of ShowingTime, those businesses are operating as they have before and [the change] will probably be completely invisible to you.”

“The only thing you’ll see as a consumer is you’ll start to see the brands together,” he added. “So you’ll see ShowingTime and dotloop together next to each other at a trade booth or something like that, but if you’re a customer of one or the other, your service and your product would remain the same.”

“But maybe they’ll be opportunities now for you to purchase the other product, which obviously, is part of the strategy for bringing things together.”

Although Choo and his colleagues hope industry members will embrace ShowingTime+ with excitement, the SVP acknowledged the sizeable faction of agents who are skeptical of Zillow’s motives.

ShowingTime, dotloop and Bridge Interactive’s acquisitions all sparked immense blowback within the industry, as some lambasted Zillow for creating an empire on agents’ backs while simultaneously appearing to compete with them for consumers’ attention.

“I think, yes, we definitely want ShowingTime+ to mean something to agents and we’re at the very early stages of that,” he said alluding to the mixed bag of opinions about Zillow. “So obviously, we have to do the work and provide value to agents and prove that. But as a signal of our intent, ShowingTime+ will show agents in the industry [they] are an important part of what Zillow does.”

When it comes to data, Choo said agents can be reassured their information is safe as the company streamlines its tech strategy.

“As far as data flows are concerned, as of right now, all of the existing privacy policies for dotloop, ShowingTime and Bridge Interactive are going to remain in place,” he told Inman tech columnist Craig Rowe, who was part of the Q&A session. “In terms of long-term vision, we want to build a platform, but it’s going to be a relatively open platform.”

“We recognize that, we can’t build everything and we don’t want the agents to have to feel like they’re in a closed system if they’re using a certain CRM or a certain back office,” he added. “So we want to make sure we can integrate with [those platforms]. If we can make agents’ lives easier and not do things twice, we’ll try to find ways to do that.”

As Zillow continues to execute its digital blueprint, which most likely will include additional acquisitions, Choo said the company is dedicated to continuing to let those brands shine as individual components of Zillow’s expanding pipeline.

“I’m not a brand expert, but my brand managers at Zillow keep telling me that it is very hard to get to change someone’s brand perception after it’s been established for a long period of time,” he said. “Zillow for years has been here for home buyers and sellers — it’s hard to then say, ‘Oh, Zillow really wants to focus on offering management software.'”

“But we also want to show there’s a group of people whose primary focus is the agent — not the buyer and seller.” 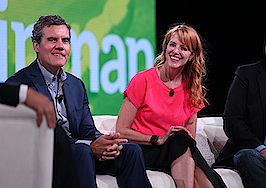 WATCH: A Zillow executive reveals what sparked the ShowingTime buy 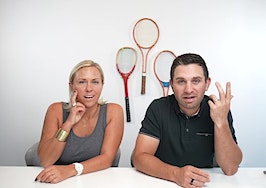 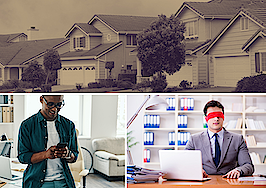