Zillow Group, the operator of listing portals Zillow and Trulia, posted a profit in the third quarter after putting a long and costly lawsuit behind it. CEO Spencer Rascoff said the firm’s third-quarter performance was “terrific,” as traffic grew year over year and revenue from Premier Agent advertisers accelerated.

Zillow Group, the operator of listing portals Zillow and Trulia, posted a profit in the third quarter after putting a long and costly lawsuit behind it.

“Our profitability this quarter was well ahead of our expectations,” and “primarily driven by strong revenue results and operating expense savings,” Rascoff said in an earnings call today.

The Seattle-based firm reported a profit of $6.8 million in Q3.

Zillow Group beat its Q3 revenue forecast of between $217 and $222 million. Total revenue increased 35 percent year-over-year to $224.6 million in Q3 and was up from $208.4 million from the previous quarter.

The company raised its revenue forecast for the full year of 2016 to between $837 million to $842 million.

The firm’s expenses were down considerably from Q2, when Zillow Group reported expenses of $363.7 million — a sum that reflected the impact of Zillow’s settlement with Move operator realtor.com that quarter.

“With all of our marketplaces performing strongly, we expect to end 2016 in a strong position to continue executing on our strategic priorities,” Rascoff in a statement.

Citing comScore figures, Rascoff said all five of Zillow Groups consumer brands — Zillow, Trulia, Hotpads, StreetEasy and Naked Apartments — combined garnered nearly two-thirds of consumer traffic in the online real estate category in September and had a nearly three-quarter share of the category on mobile only.

Average monthly unique users for July, August and September together grew 16 percent year-over-year to more than 164 million, and traffic to the Zillow mobile apps and website hit a new record high, Rascoff said.

“The nation’s best real estate agents — those who convert leads at high rates — are gaining transaction share in their respective markets as a result of advertising on Zillow Group’s platform,” Rascoff said.

“Our Premier Agent program provides our advertisers with a tremendous opportunity to grow their business in the form of high-quality leads connected with software.”

The company expects the growth rate of leads to “normalize” in 2017 when the company starts comparisons to greater lead volume from Trulia’s traffic improvement in early 2016, but the company nonetheless expects to continue to grow leads faster than unique users in the near term.

Premier Agents stood at 89,147 at the end of the third quarter, which was “a modest and expected decline from the end of the second quarter,” said Zillow Group Chief Financial Officer Kathleen Philips during the earnings call.

Average revenue per advertiser (ARPA) in the third quarter was $585 — 46 percent rise annually. Revenue from agent advertisers that have been on the Zillow Group platform for more than one year grew by more than 59 percent year over year, Philips said.

Existing advertisers made up 71 percent new sales in the third quarter and the number of agents spending more than $5,000 per month grew 79 percent, she added.

“Churn in this cohort continues to be minimal,” she said.

“We continue to support more agent teams and independent brokers who buy advertising at much higher levels than the average,” Philips said.

“We are accelerating the broader trend across the real estate agent population of higher-producing agents gaining market share from those who are less productive.”

Other sources of Zillow Group’s “marketplace revenue,” which totaled $206.9 million in Q3, include:

The earnings report comes as Zillow finishes up the final stretch of an action-packed year.

The real estate giant acquired Bridge Interactive, a provider of listing management software for multiple listing services (MLSs) and brokerages, in early August. And it settled a lawsuit with realtor.com operator Move Inc. for $130 million in June.

The company has also rolled out a series of new ad products this quarter, including Premier Broker, Premier Agent Direct and Seller Boost.

Editor’s note: This story has been updated with additional details from the Zillow Group earnings call. 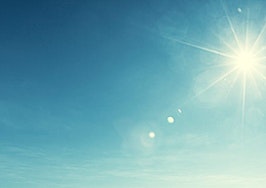 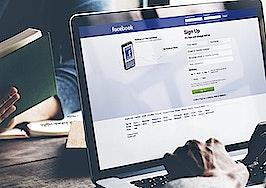