QuantumDigital just announced a new Facebook ad automation tool, TriggerMarketing Social, that integrates with MLS data. The social media extension auto-generates ads and distributes them through a user’s Facebook Business Page in seconds. Agents receive an email notification when a lead comes through, along with their contact information.

Just sold and just listed Facebook ads have huge potential, but nobody said stealing scrollers’ attention from baby photos and taco emojis would ever be easy. The marketing side of everyone’s favorite time-suck involves a laborious mix of strategy, audience targeting and a dash of luck for good measure.

Nobody said stealing scrollers’ attention from baby photos and taco emojis would ever be easy.

Any tool that shaves off minutes from your packed schedule (without compromising quality) is a good tool. In response to this cry from real estate professionals, direct mail marketing tech firm QuantumDigital just announced a new Facebook ad automation service, TriggerMarketing Social, that integrates with MLS data. 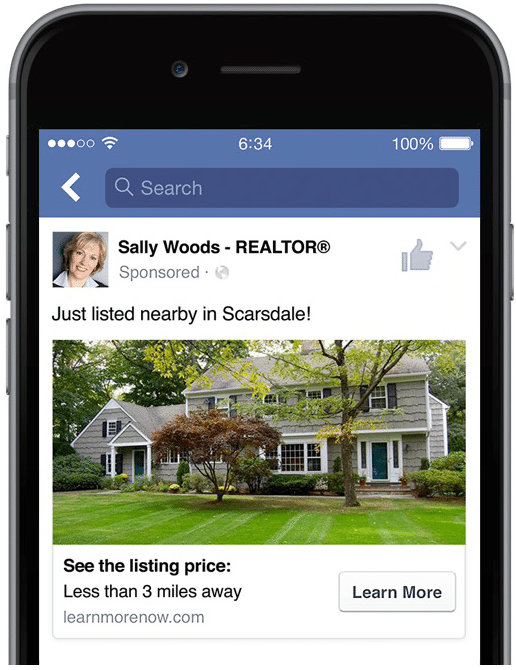 The product is an extension QuantumDigital’s TriggerMarketing program, which creates just sold and just listed mail-ready campaigns based on changes to the MLS.

With the social media add-on, auto-generated ads can be distributed through a user’s Facebook Business Page in seconds. Agents are notified via email when an MLS listing has entered or been taken off the market and then they can decide whether to launch a campaign. 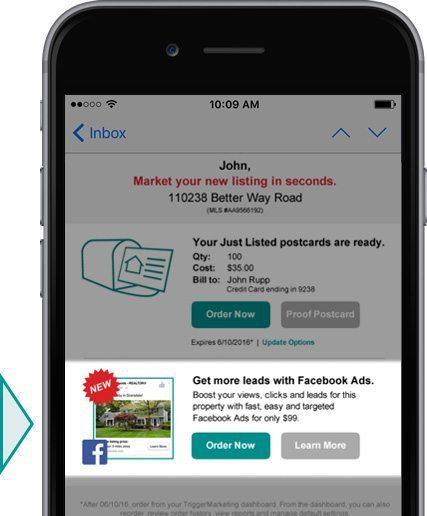 “By using advanced geo-targeting, ads are only shown to qualified mobile users located near the listing,” the company noted in the press release announcement. “When a consumer clicks on the Facebook ad to get more information, TriggerMarketing Social sends the lead’s email and phone number in real time to the agent.”

Does the platform produce leads, and for how much?

That’s the million dollar question. TriggerMarketing Social charges users $99 per ad campaign, and according to Eric Cosway, EVP and CMO of QuantumDigital, that covers: 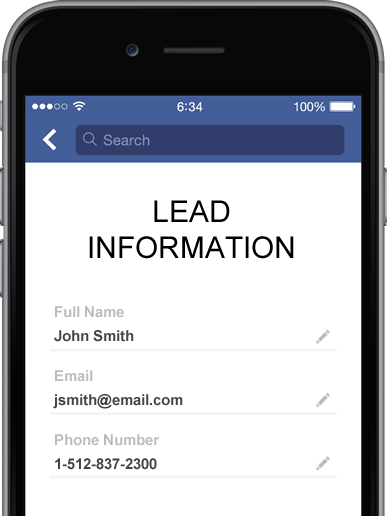 Although QuantumDigital can’t guarantee results, on average TriggerMarketing Social campaigns generate 2,500 views in three days. The average cost per lead is $5 to $7, Cosway said. As of October 2015, the average Facebook ad cost per thousand of impressions equaled $5.99.

Michael McKenna, associate broker at Weichert Realtors New Colony and team leader at The McKenna Group, is one of the product’s early users. He’s launched about dozen campaigns through the software — a mix of new listings and recent sales.

His brokerage has averaged nine leads per campaign (anywhere between seven and 13) within three days, and the agents there have been able to follow up quickly because the lead notifications include contact information. 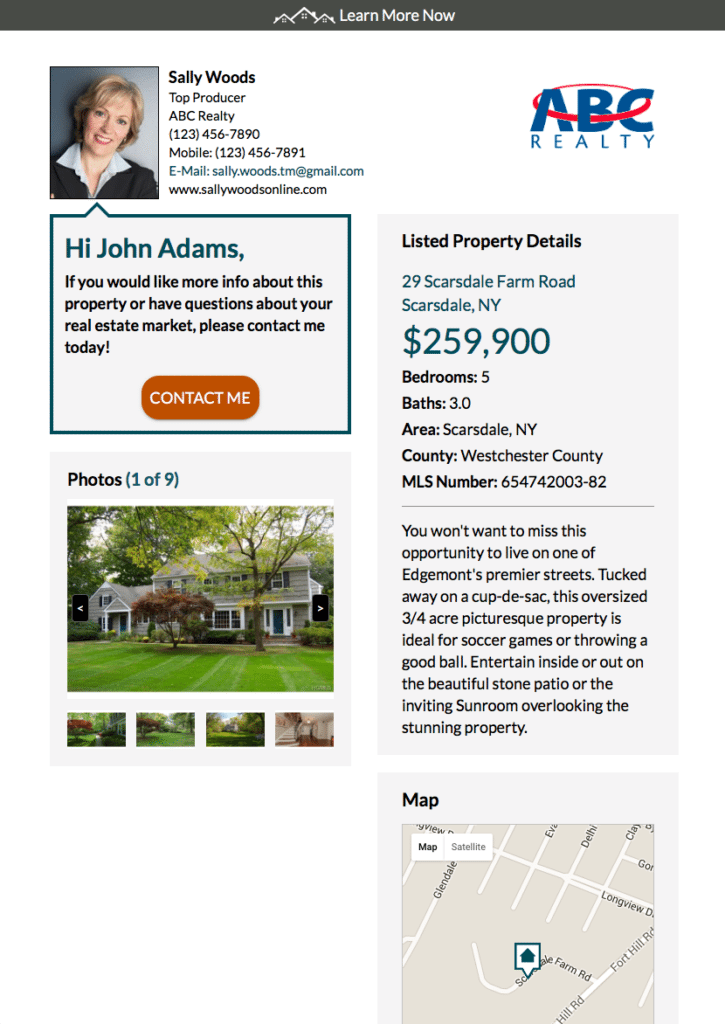 “It’s a very simple product to use, and you can do it through the automated ‘trigger’ message that they send you through the MLS feed,” he said. “There is a little bit of dealing with the initial set up in connecting the dots between their services and your Business Page on Facebook … but after that, it’s literally two clicks, and in about an hour or two your ad is up and running.”

None of McKenna’s leads have fully converted to clients at this point, but the promotions have yielded appointments with the brokerage. 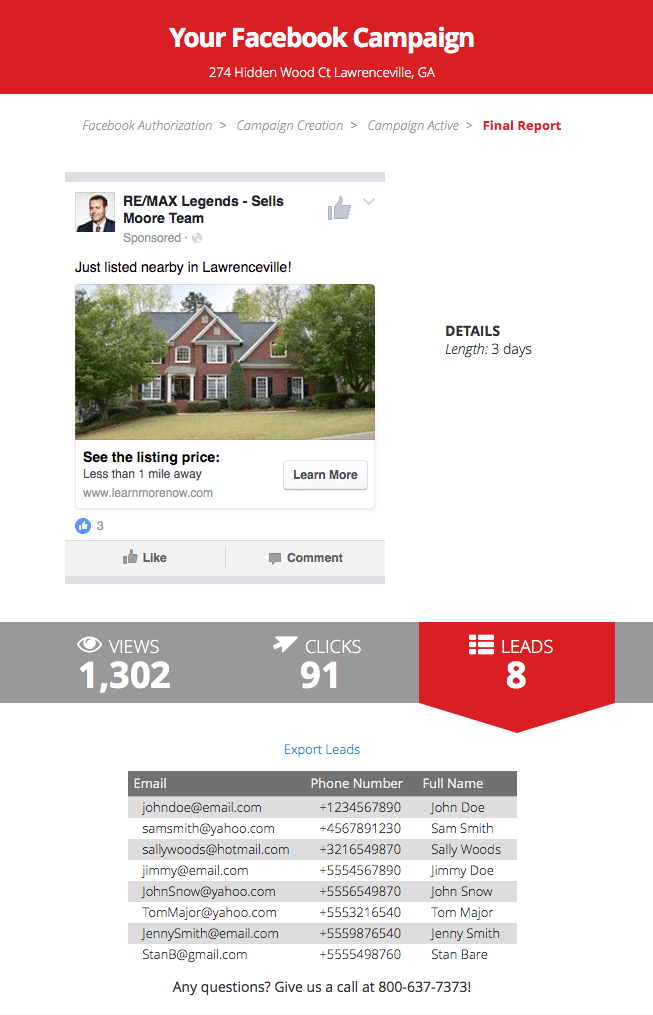 McKenna manages various platforms building, creating and managing ads and notes that it’s “painstaking work.” He hasn’t yet crunched the numbers on cost per click or lead, but he’s been pleased with the results.

“So far every single one of the leads that have been populated through this platform have been legitimate people,” he added.

Cosway says that the product could save an agent 30 to 45 minutes or more per ad, depending on previous Facebook advertising experience.

QuantumDigital’s TriggerMarketing postcard program currently has 100,000-plus users, Cosway added, and the early adoption rate of the Facebook component lines up closely with that of TriggerMarketing’s 2010 kickoff.

They anticipate the social media product, designed to make targeted Facebook advertising simple, fast, and effective, to trend in a similar fashion. 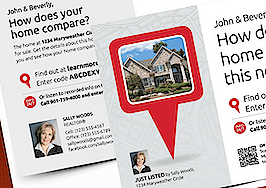 QuantumDigital's AutoMail Plus puts the tech in postcard campaigns 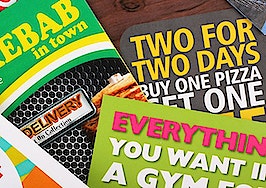 6 rules of postcard marketing for agents