In 1998, he sold his brokerage business John Aaroe & Associates to Prudential California, but it seems he couldn’t stay away from the industry, and passion drove him back into the thick of it. Turns out he had another 20 years in him, but today marks his official exit.

Most recently, Aaroe served as the CEO of Los Angeles-based John Aaroe Group (JAG), which he founded in 2009 after a gig as regional director with Prudential. He led JAG, a 450-agent company, to $2.5 billion in sales volume in 2016.

A Southern California native, Aaroe launched his career in 1975 and became a top producer at Jon Douglas, a big player real estate brokerage in the ’70s.

Aaroe established Jon Douglas’s luxury estates division and turned it into the largest seller of multimillion dollar homes in the U.S. with over $1.5 billion a year in sales. (Coldwell Banker bought Jon Douglas in 1997.)

Aaroe has served an array of high-profile clientele over his career, from “politicians, captains of industry, entertainment superstars and an international who’s who of high net-worth individuals,” according to an online bio.

In his email to JAG associates and staff this morning, McLaughlin said: “It has truly been an honor and privilege to work with such a major icon, a visionary who created one of the most respected brands in L.A. real estate.

“When the Los Angeles Business Journal honored John last month among its Los Angeles 500: The Most Influential People in Los Angeles, it was just the latest of countless accolades he’s received throughout his career.

“John’s achievements all have one thing in common: his remarkable skill in finding and nurturing spectacular talent.”

McLaughlin had some kind words for JAG’s staff: “You are the lifeblood of the L.A. company, and all of us, including John, are looking forward to watching you write its next chapter.”

Since the John Aaroe Group merged with Pacific Union, sales volume has increased 20 percent and units have grown 13 percent year over year.

By the end of the first quarter of 2017, the firm had set a number of sales records, including the $65 million sale of the Danny Thomas estate in Beverly Hills.

Aaroe will continue to be a shareholder of Pacific Union International, which is expected to reach a sales volume by the end of 2017 in excess of $15 billion. 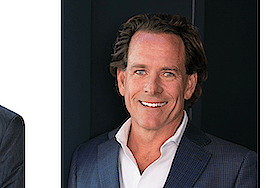 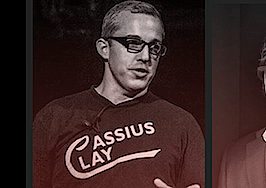 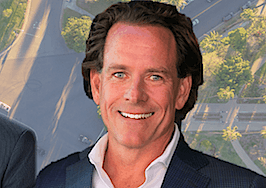 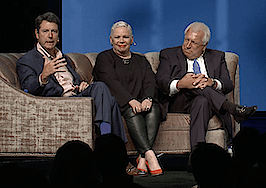