Independent brokerages are on the rise, and so too are tools catering specifically to their needs.

CINC (Commissions Inc.), a real estate software provider owned by Fidelity National Financial, has debuted a new software suite that seeks to help those who are looking to launch new indies, as well as those currently operating independently.

CINC’s new “Pro Broker” platform offers lead generation and conversion, virtual inside sales agents (ISAs) and contact and transaction management (powered by SkySlope, majority-owned by Fidelity National Title). It’s the latest software product to roll out under the umbrella of Fidelity National Financial, which has been expanding its footprint in the real estate industry.

“[W]ith the increasing number of indie brokerages in the market, we’ve worked quickly to develop the right solution to help accelerate the growth of these organizations and the unique obstacles they’re facing,” said CINC CEO Jason Hoback in a statement.

The product is supported by training programs and includes membership in a community of over 30,000 agents and team leaders across North America, according to CINC.

CINC was acquired by National Fidelity Financial, which claims to be the country’s largest title insurance company, for $250 million in 2016, kicking off an expansion into real estate tech. It later acquired Real Geeks, a customer relationship and marketing system for agents, and purchased a majority stake in SkySlope, a transaction management platform.

National Fidelity Financial has also brought some real estate brokerages under its purview, such as by reportedly purchasing a controlling stake in California brokerage Pacific Union in 2014.

With help from National Fidelity Financial, Pacific Union has gone on to absorb a number of other brokerages. For example, it merged with Partners Trust in August 2017. 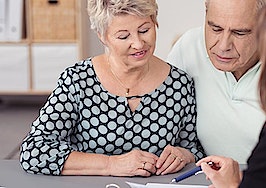 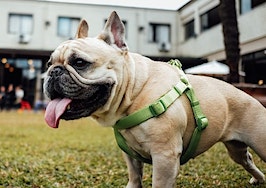