Re/Max
by Marian McPherson
Share this article
You successfully shared the article.
Close

Re/Max 2000, a Maryland-based real estate group boasting 55 agents, has parted ways with Re/Max in favor of a new partnership with ERA Real Estate.

The franchisee, which last year tallied $144 million in transactions across Maryland, Virginia and Washington D.C., will now operate under the name ERA Realty Group. Broker-owner Jim Thomas cited the rival Realogy-owned ERA franchise’s tech infrastructure as a reason for the move.

“ERA understands the true value of technology and how to apply it properly in the market,” said Thomas in a prepared statement, noting that Realogy’s Zap platform would provide his agent with branded websites, a customer relationship management system and digital marketing.

News of the split comes on the heels of several big exits by some of Re/Max’s large franchisees and team leaders. However, Re/Max reported in its second quarter 2018 earnings that it has reached its highest agent count ever, at 123,082 agents, indicating that the departures are not impacting its overall growth in ranks. 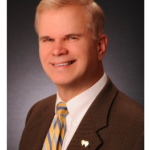 A month later, New England-based Re/Max Leading Edge reformed as an independent brokerage after annual contract negotiations stalled, broker-owner Paul Mydelski said at the time. The nine-office and 180-agent team was Re/Max’s largest franchise in New England, boasting $1.2 billion in sales volume in 2017 while earning them a spot on Real Trends 500 list of brokerages by volume.

Last month, meanwhile, Re/Max Platinum Living in Scottsdale, Ariz. went independent, relaunching as Platinum Living Realty. At the time of the departure, the firm was ranked 123 among Re/Max brokerages with 1,533 transaction sides closed in 2017, according to the Real Trends 500 ranking. The group finished 427th in terms of sales volume in 2017, with $655 million in transactions closed.

Each franchisee gave a different explanation for their decision, which ranged from seeking freedom from the traditional real estate, stalled annual contract negotiations, and access to better brokerage technology.

Re/Max is in the process of building its own new comprehensive tech platform for agents, under the development of booj, the Denver-based tech startup Re/Max acquired in February 2018.

CORRECTION: This article originally incorrectly stated that Lindahl was the broker/owner of Re/Max Results and that the entire franchise left. We have since updated the story to correct the error and regret it. 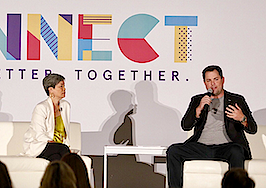