Howard Hanna Real Estate Services is acquiring Allen Tate Companies to create a powerhouse real estate force in the Mid-Atlantic and Eastern United States with a combined 119,000 home sale transactions in 2017, a sales volume of $24 billion last year (according to REAL Trends), and a workforce of 11,000 (combined agents and employees), the companies announced today.

“We’ve created this new company with us being a partner with the Tate family and with Pat Riley [president and CEO of the Allen Tate Companies] where we are the majority shareholder, but we are a partnership,” Howard “Hoby” Hanna, president of Howard Hanna Real Estate Services told Inman.

Allen Tate Companies, based in Charlotte, North Carolina, was the 10th ranked brokerage in terms of transactions in 2017 on the Real Trends 500, closing 22,273 transaction sides last year. It now joins Howard Hanna, which was ranked third on the same list – behind NRT and HomeServices of America – with 90,468 transactions closed in 2017.

“For us to grow – and we’ve had the ambition to grow regionally and nationally as a company – we feel that this model could be something new that really appeals to well-run independent brokerage firms that the ownership still wants to stay engaged and be involved and entrepreneurial as opposed to selling 100 percent out to some of the other consolidates or acquirers,” said Hanna. “We become an option for them to remain as we grow the business.”

In the Carolinas, Allen Tate will keep its name and in the eight other states that Howard Hanna operates, it will continue to operate as Howard Hanna — but they will all be in the same family of companies.

Hanna declined to say how much they paid but said it was in the range of four to six times the yearly earnings before interest, taxes, depreciation and amortization (EBITDA). Hanna told Inman he believes the deal was a fair market valuation for a company that has a great brand, great legacy and whose culture merges well with what his company has done.

“Both companies were started by families and started in the late 1950s, we’ve grown up together in the industry with them and Pat Riley and I are both on the board of Leading Real Estate Companies of the World and our management teams have shared a lot of data over the years, our mortgage companies have shared best practices,” said Hanna. “So we think there’s an incredible synergy between our two companies.”

After the Allen Tate acquisition, Hanna said the company would like to expand even further. It’s looking not only in the Mid-Atlantic, Midwest and East but now the South.

“I personally believe that there’s a market for like-minded companies to come together,” said Hanna. “We’ve obviously been very inquisitive over the last 15 years and we think this is a new strategy. A lot of times we find somebody that wants to do something and thinks they should merge but they still want to stay in the game and we believe this is a new model for us to do that, to achieve that success.”

He added, “The right opportunities with the right entrepreneurial firms would attract us just about anywhere today.”

Other real estate companies like Compass and Berkshire Hathaway HomeServices have made major headline acquisitions this year, but Hanna told Inman that this isn’t so much a defensive move against these companies, it’s been part of their business plan for the past 15 years.

“We started in Pittsburgh and began by doing acquisitions in Cleveland, New York, Michigan and Virginia, that’s been part of our business model,” said Hanna. “I think we put ourselves in a good capital position – we don’t have SoftBank behind us, we’ve got our family and the banks that support us for the measured risk we take – and it’s a time where we think people are looking for a different exit strategy or an opportunity.”

As of today, Hanna claims the company has the leading market share in Ohio, Pennsylvania, North Carolina and New York.

“We know this business, we have been a disruptor ourselves in the industry for a long time, going into markets and disrupting things and taking market share and growing,” said Hanna.

Update: this article was updated after publication to clarify that the 11,000 personnel cited at the combined companies include both agents and support staff. 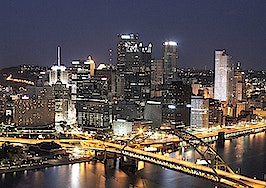 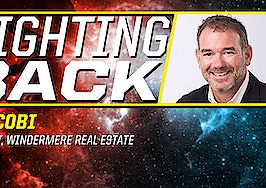 Fighting back: Every decision made should support your agents 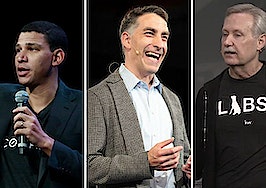