KieferPix / Shutterstock.com
by Matt Kaestner AND admin
Share this article
You successfully shared the article.
Close

It’s common for newbie agents to want to emulate successful and seasoned agents whom they know and respect — and who have honed their craft. Here’s a list of things newbie agents should do if they want to reach pro agent status.

When you are a new real estate agent in your first few years of selling homes, things can be difficult. Every agent operates their real estate business a little differently, but it’s common for newbie agents to want to emulate successful and seasoned agents whom they know and respect — and who have honed their craft.

Here’s a list of things newbie agents should do if they want to reach seasoned-agent status:

1. Put time into farming and building your sphere

New agents see their seasoned counterparts get in-bound “Come list me” calls from their farming efforts or sphere of influence (SOI) marketing efforts and they say to themselves, “Well, if I do the same thing, I’ll get those easy deals too!”

We all want to receive those calls, but the fact of the matter is that the seasoned agent has spent not only money but, more importantly, time cultivating relationships within a farm or their SOI to prompt those “Come-list-me” calls.

It didn’t happen over night, though — I promise you they put time and effort into providing value to those people in some way prior to getting that listing call. And it wasn’t because they simply threw money at a problem.

Many new agents get their license and think money is going to immediately start falling from the sky directly into their bank account. They see local successful agents or Instagram real estate celebrities talk about listing appointments they’re running to or the three homes they’re going to close in the next week, and they think it all came easily for these pros.

I call this the “Million Dollar Listing Effect.”

What new agents don’t see are the hours of unsexy prospecting and networking these power agents do behind closed doors and off camera. Don’t get caught up in the highlights of someone else’s day. Whether it’s the grind of cold calling, door-knocking or going to the next networking event, they’re making those new contacts on a daily basis whether you see it or not.

3. Get over the fear of rejection

How many times have you heard a new agent express fear or nervousness with regard to cold calling? Nervousness about competing against the local juggernaut? Tentative because their ego can’t handle the constant rejection of sales? It’s a common theme I hear online and in person among newly licensed agents.

4. Aim for productivity, not perfection

Tell me if this sounds familiar to you. You spend an hour trying to craft and script your phone call with a prospective client, aiming to make your pitch beyond perfect — but when the moment finally comes to make that call, the timing isn’t convenient for that prospect.

New agents need to learn to sacrifice perfection for productivity.

Seasoned agents know their scripts. They know the direction they want to take conversations with their clients to get an optimal outcome. They ask the right questions because they have been in these situations many times before.

New agents need to take time and put forth effort to practice and hone their verbal Judo. Tie-downs and open-ended questions don’t come naturally to most. The conversational skills needed to build relationships, to get prospects to open up so that you deepen the relationship, is a learned behavior.

Do not be afraid to raise your hand in the role-playing sessions at your brokerage’s skills training. It’s the only way you are going to get better when the real life situations arise.

Most seasoned agents who are continually prospecting (and have been for years) have a pipeline full of buyers and sellers. Most newbies don’t. An agent with a full pipeline doesn’t have a need to sit other agents’ vacant listings at an open house to find their next buyer.

In fact, I know many agents who wouldn’t want to spent a moment in another agent’s listing to only have an opportunity at converting a walk-in buyer into a client of their own. They actually scoff at the idea or look down at the mere thought of it.

New agents need to turn over every stone. Newbies need to put themselves in situations to have as many real estate-related conversations as possible. Open houses are a great avenue for agents looking to initiate conversations with buyers who are actually interested in talking real estate.

In today’s marketplace, it seems like new companies spring up every day trying to prey on agents with their latest and greatest tools, which of course are going to revolutionize the business and transform agents into their region’s most dominant real estate pro.

Seasoned agents have seen these companies and services come and go just as fast as new agents come in and out of the business. So don’t get caught up in spending too much money on monthly recurring fees for the latest and greatest website or the personalized branded mobile phone app promising to fill your pipeline with consumers calling you to do business, as it rarely works that way.

Instead, focus on something tried-and-true like a quality customer relationship manager (CRM) or a platform that helps make outbound calls where you can proactively and effectively work toward establishing relationships with buyers and sellers in your marketplace. 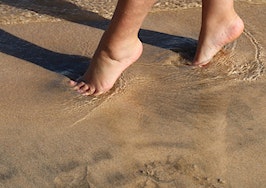 How to increase leads and close sales as a newbie 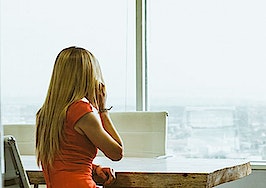 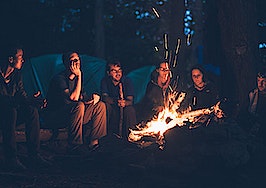 How to find your tribe as a newbie agent