Alicia Keys is the mystery buyer who bought the $20.8 million La Jolla home that may have inspired Tony Stark’s home in the Marvel Iron Man movies.

The Grammy-winning singer and her husband, hip-hop producer Swizz Beatz, bought the 11,545-square-foot oceanfront property in a deal facilitated by Douglas Elliman’s Josh and Matt Altman. According to real estate lore, the home served as inspiration for superhero Tony Stark’s properties in the beloved Iron Man superhero movies. It has also been featured in multiple television commercials such as one for Visa Black Card, according to the Wall Street Journal.

Designed by San Diego architect Wallace E. Cunningham, the house is is razor-thin with a curved structure, floor-to-ceiling glass walls, concrete retaining walls and an infinity pool overlooking the Pacific Ocean. It’s modern with stacked balconies and terraces, an underground garage and a separate computer room that keeps its automation, electricity and internet control systems out of sight. Keys’ purchase is also the most expensive real sale in La Jolla, California, this year.

The prior owner, a chief executive of the phone device company magicJack, told the Journal that the new owner “appreciated the architecture” of the home as much as he did.

Currently a judge on the popular talent show The Voice, Keys rose to fame in the early 2000s. Her first album, “Fallin‘”, sold over 16 million copies and received five Grammy nominations. 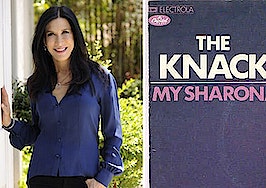