WeStudio on Shutterstock.com
by Patrick Kearns
Share this article
You successfully shared the article.
Close

The National Association of Realtors is calling on the Consumer Finance Protection Bureau to improve the qualified mortgage definition and government-sponsored entity patch as well as support an extension before figuring out the long-term solution.

The National Association of Realtors (NAR) is calling on the Consumer Finance Protection Bureau (CFPB) to improve the qualified mortgage definition and government-sponsored entity patch, as well as support an extension before figuring out the long term solution. CFPB has previously expressed interest in allowing for the expiration of the temporary qualified mortgage provision that’s applicable to government-backed loans.

The Dodd-Frank-era rule was created to provide protections for borrowers and ensure lenders had certain standards to make sure the consumer could pay the loan.

But a temporary ruling – called a ‘patch’ by CFPB – was also put in place that allowed government-sponsored entities, Fannie Mae and Freddie Mac, the ability to skirt the rule and provide mortgages where the debt-to-income ratio exceeds the 43 percent threshold generally required for a loan to obtain qualified mortgage status.

“Loans backed by Fannie Mae and Freddie Mac make up a large portion of the U.S. mortgage market,” CFPB Director Kathleen Kraninger said, in a statement. “The national mortgage market readjusting away from the patch can facilitate a more transparent, level playing field that ultimately benefits consumers through stronger consumer protection.”

The patch is set to expire in January 2021, which is still a few years — and a presidential election — away, but that hasn’t stopped CFPB from soliciting comments on possible amendments to the entire rule. NAR, the nearly 1.4 million-member trade association of real estate professionals, wants CFPB to carefully consider and not rush to a decision.

“Realtors believe that homeownership is an integral part of the American Dream,” NAR President John Smaby said, in a letter to CFPB. “We also believe that the Qualified Mortgage rule should be flexible enough to adopt to changing life patterns in order to ensure homeownership remains within reach for Americans who lack traditional income documentation.”

“Underwriting is the foundation upon which America’s housing finance system is built,” Smaby added. “The CFPB’s rules process should not be rushed as the re-evaluation of the patch and a market-wide qualified mortgage require a thorough vetting of alternatives and their impact on both competition and consumer access.”

A July study from real estate data and analytics firm CoreLogic found that roughly 16 percent — or $260 billion — total loan origination volume in 2018 was eligible for qualified mortgage status due to the patch.

The patch would also expire if the Trump administration were to end the conservatorship for both Fannie Mae and Freddie Mac, which is something for which it has expressed public support. 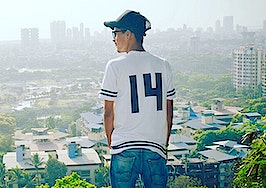 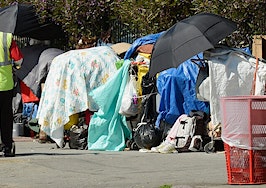