The company’s revenue jumped 158 percent year-over-year during the final months of 2019 — far more than analysts had expected.

Zillow handily beat analysts’ expectations Wednesday when it revealed that its iBuying and Premier Agent services helped revenue climb 158 percent year-over-year in the final months of 2019.

Wednesday’s report sent Zillow’s stock soaring, despite the fact that the company still saw a net loss of $101.2 million during 2019’s fourth quarter. However, the loss — which was also driven primarily by iBuying — was only a slight increase from a year prior, and overall the company struck an optimistic tone in the report.

“In all, I’d characterize 2019 as tumultuously remarkable,” CEO Rich Barton said in a statement. “We’re in the midst of a multi-year expansion to rewire real estate transactions and streamline how our customers buy, sell, rent and borrow that dramatically expands our market opportunity and profit potential. Our team’s strong execution delivered record Q4 and full year results that beat our outlook on every measure.”

During a phone call with Zillow investors Wednesday evening, Barton added that 2019 “was one of the most challenging years of my career.”

Here are the key numbers you need to know from Zillow’s earnings:

For the final three months of 2019, Zillow brought in $943.9 million, representing a jump of 158 percent year-over-year. In its earnings report, Zillow said that the rising revenue was “driven by rapid expansion of our Homes segment’s resale volume and improved performance in our Premier Agent business.”

Revenue specifically from the Homes segment — which includes the Zillow Offers iBuying program — was $603.2 million, an increase of 57 percent year-over-year. Zillow said in the report that the Homes segment “significantly outperformed expectations.”

The report further noted that during the final months of 2019, Zillow Offers entered three new markets including Los Angeles.

“During the quarter, Zillow sold 1,902 homes and purchased 1,787 homes, ending the quarter with 2,707 homes in inventory,” Wednesday’s report states.

In his letter, Barton also added that “our Premier Agent business is solid, and we have started 2020 with some of the best retention rates we’ve seen in recent history.” On the investor call, he added that one of the company’s goals is to increase conversion rates.

$813.65 million: The number analysts had expected

Leading into Wednesday’s report, analysts had expected Zillow to have raked in $813.65 million in revenue over the final three months of 2019. That haul would have represented a jump of 122.7 percent year-over-year.

Prior to the publication of the earnings report, the company’s stock was trading at just under $55 per share — up for both the day and year-over-year.

After the earnings report reached the public, the company’s stock price jumped to more than $60 per share in after-hours trading. The price later fluctuated before ultimately settling at more than $63 per share.

Wednesday’s earnings report shows that during the final three months of 2019, Zillow had a net loss of $101.2 million. That’s a large number, to be sure, but also only represents a slight increase from the $97.7 million net loss it reported during the same period in 2018.

Unsurprisingly given how cash-intensive iBuying is, the company’s Homes segment was far and away the largest money loser last quarter, accounting for $107 million in net losses. Those losses were slightly offset by positive revenue in the company’s internet, media and technology segments.

Zillow’s mortgages segment saw a net loss of $12.7 million in the final months of 2019.

Those numbers reflect the significant ramping up of Zillow Offers during 2019; the program launched last year in 17 markets including Sacramento, California; Orlando, Florida; and San Antonio and Austin, both in Texas, among other places.

Zillow Offers is currently in 23 markets, and should be in 26 by mid 2020, Barton said on the call Wednesday.

While speaking with investors, Barton said that the real estate industry has traditionally not seen enough technology investment, but that there is now a “tremendous amount of opportunity.”

“We’re in the best position to lead this revolution,” he added later during the call.

Zillow’s strong fourth quarter follows a similarly strong third quarter in 2019, when it brought in $745.2 million in revenue — which also beat analyst expectations at the time.

During his phone call with investors Wednesday, Barton said that thanks to normal seasonality the company had expected its iBuying business to lessen somewhat going from the third to the fourth quarters of last year. However, iBuying ultimately saw “less impact from seasonality than we anticipated.”

“We were able to move a lot more homes than we anticipated,” Barton added.

Barton ultimately concluded that the path forward for Zillow Offers might be “lumpy” and not a “nice clean linear thing,” but that Zillow is rapidly getting better at pricing and other tasks that help it sell homes more efficiently.

“Each new unit that we transact,” Barton explained, “it pumps data and learning into the machine.”

Update: This post was updated after publication with additional information from Zillow’s earnings report, and from an investor call with CEO Rich Barton. 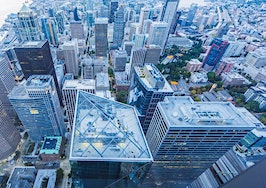 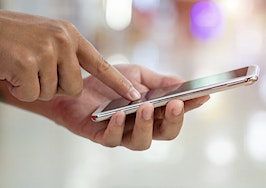