As the COVID-19 pandemic causes cancellations to spike, WeWork CEO Sandeep Mathrani is pitching a revenue-sharing deal to the company’s largest landlords.

The Cheesecake Factory isn’t the only company struggling to pay rent.

In a Bloomberg report published Wednesday, unnamed WeWork insiders revealed CEO Sandeep Mathrani is in negotiations with landlords to cut the company’s $47 billion in lease liabilities by 30 percent as revenue slides due to COVID-19. 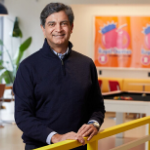 According to insiders, Mathrani has been contacting landlords of WeWork‘s largest domestic and international offices — the greatest concentration being located in New York City, WeWork’s home base and the new epicenter of the United States’ fight against the coronavirus.

Instead of refusing to pay rent altogether, Mathrani is allegedly pitching a number of ideas including a revenue-sharing agreement. The agreement would allow landlords to “share in the future upside if they agree to convert existing leases to deals that would hand them more of the revenue generated by each property,” Bloomberg explained.

In addition to offering revenue-sharing, the source said WeWork is slashing month-to-month tenants’ rent by 50 percent if they sign a longer-term agreement of one to three months — a move that would hopefully slow WeWork’s cancellation rate as cities begin extending shelter-in-place orders.

WeWork has declined to comment on the existence of or effectiveness of these offers, but sources said it’s not going over well since SoftBank has refused to buy $3 billion in WeWork stock from shareholders. The buy-back was part of SoftBank’s initial plan to save WeWork after its swift fall from grace when a failed IPO revealed then-CEO Adam Neumann’s misdealings and the company’s terrible financials.

“SoftBank remains fully committed to the success of WeWork and has taken significant steps to strengthen the company since October,” SoftBank Chief Legal Officer Rob Townsend told The New York Times in a written statement.

Although WeWork board members told The Times they were preparing for legal action, SoftBank said it had a legal right to rescind the deal since WeWork hasn’t obtained antitrust approvals, completed takeovers of joint ventures in Asia, and is under investigation by two state and two federal entities.

If SoftBank and WeWork can’t come to an agreement, Mathrani’s strategy to relieve the company’s lease burden may be doomed.

“If SoftBank fails to go through with the share purchase offer, landlords might question SoftBank’s commitment to WeWork,” The Times article read. “And if the offer does not take place, SoftBank could hold back $1.1 billion of financing from WeWork, reducing its financial options as demand for office space weakens.”

WeWork isn’t the only company to take drastic measures to financially survive the COVID-19 pandemic. Cheesecake Factory is refusing to pay April rent for 294 locations, and Airbnb slashed its $800 million marketing budget to nil as bookings come to a halt. 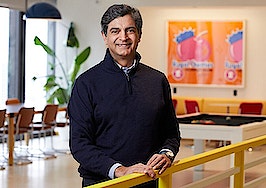 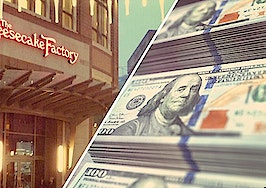 Cheesecake Factory says no to rent at 294 locations. Socialists rejoice