Zillow is set to hire real estate agents to represent it in buying and selling homes, a marked shift from the way the company has managed transactions since launching its iBuyer, Zillow Offers, in April 2018.

Zillow is set to hire real estate agents to represent it in buying and selling homes, a marked shift from the way the company has managed transactions since launching its iBuyer, Zillow Offers, in April 2018.

Previously the company was represented by a licensed local real estate agent, through a brokerage partnership in each market, on both sides of the transaction.

“In thinking about how to make the customer experience smoother, what we realized is, by having a Zillow employee who’s their end-to-end for the entire transaction, it made the whole transaction easier and more streamlined,” Errol Samuelson, Zillow Group’s chief industry development officer, told Inman. “One person that the customer could talk to and they knew that this would be the person that would guide them and shepherd them through the process.”

Starting in January 2021, Zillow Offers customers in Atlanta, Phoenix and Tuscon, Arizona, will work directly with a Zillow employee who is licensed to act as a real estate salesperson through Zillow Homes, a licensed real estate brokerage. That Zillow employee will be a salaried, W2 employee, rather than an independent contractor like much of the real estate agents in the industry and their contract will bar them from engaging in any other real estate activity outside the scope of their work at Zillow.

The homes Zillow sells will be listed for sale by licensed Zillow employees, rather than through the local brokerage and listed on the multiple listing service (MLS). The move also means that certain employees of the real estate technology company will be members of the National Association of Realtors (NAR).

Samuelson was clear in a conversation with Inman that the move is solely for the Zillow Offers segment of the company’s business, and Zillow won’t be wading into the traditional real estate brokerage space to represent consumers in the traditional homebuying and selling process. Some agents have previously criticized the company for holding a broker’s license.

“I think we’ve been pretty clear that Zillow Offers is about a different kind of transaction, a different way to buy and sell,” Samuelson said. “It’s really great for some people, it’s not for everybody.”

“We’ve also been clear that when it comes to traditional transactions, we’re partnering with our Premier Agents,” he added.

Zillow isn’t fully ending its relationships with the local brokerages that signed on to represent Zillow in its homebuying and selling transactions. Those brokerages will continue to get the often-coveted seller leads, if a consumer decides not to take Zillow’s all-cash offer.

Zillow will also pay commissions to all real estate agents representing the buyers and sellers in Zillow Offers transactions.

“We believe that by continuing to make Zillow Offers simpler and easier, not only will more people take advantage of the service, but we think there will also be more leads generated for our Premier Agent partners,” Samuelson said.

Samuelson also believes that Zillow Offers adds liquidity to the market, helping some homeowners who were on the fence about selling actually transact, whether it was due to uncertainty about showing a home during COVID-19, or the difficulty of the transaction itself.

The distinction that Zillow has no interest in representing sellers that have opted not to sell using Zillow Offers separates the Seattle-based real estate tech giant from some of its competitors in the iBuyer space. Both Opendoor and Offerpad have recently added real estate listing services to their array of offers for consumers. Redfin was founded as a real estate brokerage and its iBuyer offering came later.

George Laughton, the team leader behind The Laughton Team, was the first real estate broker to partner with Zillow Offers in the company’s pilot market. He represented the company in buying and selling some of its first homes in the Phoenix market.

Laughton believes there will be exponentially more opportunity in partnering with Zillow than actually representing the company and generating commission dollars from the transaction. Zillow has long declined to reveal what commission percentage it paid those partner agents.

“We’ve seen that, everybody who comes through the Zillow Offers platform will, more than likely, still need our help,” Laughton said.

“If they’re selling to Zillow, then we have the opportunity to help them purchase a property,” he said. “If they’re touring a Zillow-owned home, we get that opportunity as well on the purchase-side. Should they choose not to purchase, then we’re that traditional process for them. It’s been amazing to see the opportunities that have come out of that.”

Zillow launched Zillow Offers — then called “Instant Offers” — in Phoenix in April 2018 and has since scaled the platform to reach 25 markets. While the change in representation will initially take place in Atlanta, Phoenix and Tuscon, eventually the company plans to roll it out to every market in which Zillow Offers is live.

Through the Zillow Offers platform, the company provides home sellers an all-cash, quick-close offer. Zillow then takes the homes and preps them for market, providing light repairs and a sprucing up with the intent to quickly turn around and sell.

As part of the change, Zillow will also be changing its backend and switching to an IDX feed, which will allow data to flow to and from the company to each local MLS. Previously, Zillow’s real estate portal was populated by listing through a number of disparate agreements between brokerages, franchisors and MLSs.

IDX feeds are offered directly through the MLS to members — which will now count Zillow Homes among the ranks. The backend switch will likely come with small aesthetic changes, with Zillow essentially being subject now to each local MLS regulation. 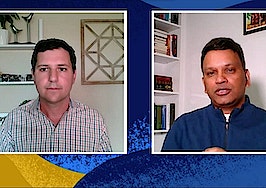 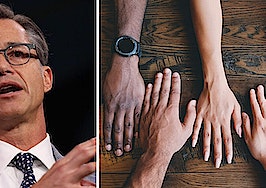