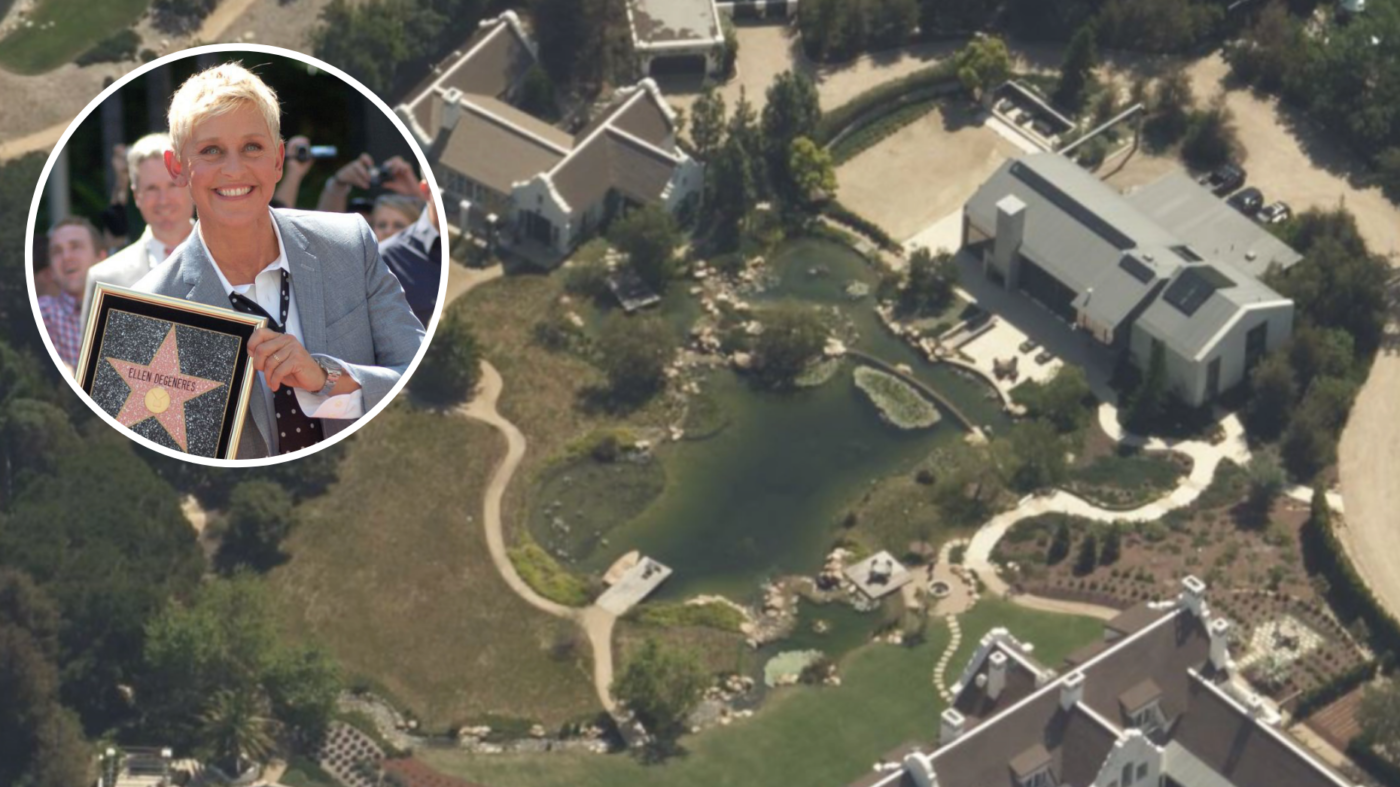 The mysterious buyer who dropped $49 million on a Montecito estate in September turned out to be none other than Ellen DeGeneres.

The beloved comedian and talk show host bought the property from another comedian, Saturday Night Live alum Dennis Miller, according to the Wall Street Journal. The deal made history as one of the most expensive sales ever recorded in Santa Barbara County.

Back in September, news broke that Miller and his wife Carolyn Espley-Miller had sold off the estate to an anonymous buyer. Miller rose to fame on SNL’s Weekend Update desk in the 1980s and later went on to host a number of conservative political talk shows. Along with shows on HBO, CNBC and currently RT America, Miller had been a regular contributor to Fox News and has become more vocally conservative over the years.

The Miller property adds up to more than four acres of land with several homes, including a South African Cape Dutch-style main house, a guesthouse, a pool house and a “barn” designed by architect Tom Kundig.

Ninety miles west of Los Angeles, Montecito is a beach enclave known for stunning views and popular with the A-list of film and entertainment. An average home is worth more than $3 million. DeGeneres and her wife, actress Portia de Rossi, have called Montecito home for years and recently sold another Bali-inspired property in the town for $33.3 million.

According to sources who talked to the Wall Street Journal, they had given the Millers some time to stay in the property and prepare for the move after closing. Over the years, Espley-Miller had frequently posted photos of their home on her Instagram account.

The outdoor amenity that brings the sharpest rise in a home's sales price
Back to top
We're giving away 3 free ICLV tickets at Connect Now next week. Register and attend live for your chance to win!REGISTER×
Inmanpot
Log in
If you created your account with Google or Facebook
Don't have an account?
Create an Account
Forgot your password?
No Problem