Real estate brokerage giant Realogy has proposed a change to a Realtor rule that would require that the contact information for listing agents and brokers be displayed on website listing pages at least as prominently as that of any advertising agent on a site.

The National Association of Realtors’ MLS Technology and Emerging Issues Advisory Board will be discussing the proposal this week. The advisory board, which is part of the trade group’s Multiple Listing Issues and Policies Committee, evaluates proposed policy changes and decides whether to forward them onto the full committee for a vote. The committee’s next meeting is coming up in November at NAR’s annual conference in San Diego.

“Realogy is committed to serving our affiliated agents, franchise owners, and customers with a high level of trust and integrity, which includes continuing to create a more transparent homesale transaction experience,” a Realogy spokesperson told Inman via email.

“As part of our efforts to continue to bring more transparency to the industry, we have submitted a proposal for a co-equal representation policy and look forward to the opportunity to discuss with the NAR MLS Advisory Board.”

NAR declined to comment on the proposal before its MLS advisory board reviews it.

In its rationale for the proposed policy, Realogy said “[c]larifying and modernizing standardized listing broker attribution is necessary now” to balance “the competing interests of the consumer, the listing agent, the agents who buy leads from listing aggregators, and the advertising and display practices for real estate brokerages and listing aggregators.”

The company stressed that the listing agent is the authority on a property and that consumers should be able to easily identify and contact them if they want to.

“In any market, but especially an ultra-competitive low inventory one, it takes a lot to win a seller’s business and forge a trusted relationship to advertise their property,” the proposal says.

“When that listing hits the market, it should be clear who arranged the photos, who wrote the marketing remarks, who brought the listing to life. Listing agents have the greatest familiarity with and detailed information about the relevant property. By clearly crediting who the listing agent is vs the advertising agent, we are allowing consumers to make informed decisions on who they wish to contact about the property.”

Listing agent and broker attribution on listing sites has been a controversial topic in the real estate industry for more than a decade and became more heated with the rise of national sites such as Zillow, Trulia and realtor.com, which generate revenue from agent advertising.

Realogy, which has brands such as Coldwell Banker, Better Homes and Gardens, Century 21 and Sotheby’s International Realty under its umbrella, said its proposal isn’t challenging that practice, but rather is an attempt to provide consumers with clear information and a better buying experience.

“With this proposal, we are not challenging the business practices of how real estate search sites generate ad business or how an agent solicits leads. We’re simply advocating for better disclosure and consumer transparency. Like other e-commerce platforms, real estate sites should put consumers on notice when an agent placement is based on paid advertising, or when displaying links to advertising.

“Our industry best serves the consumer through clear, transparent dissemination of listing information, which necessarily includes the prominently identified listing agent. Because the listing agent information is typically not equally prominent at present, consumers are often unknowingly directed to a buyer agent who is unfamiliar with the property and are not told that the advertising agent has paid for that referral, clouding their experience and trust in the buying process.”

Realogy is proposing a change to displays of listings agents and brokers receive through both Internet Data Exchange (IDX) and Virtual Office Website (VOW) data feeds. Each provide a pooled set of listings from a particular multiple listing service.

Currently, NAR’s MLS policy requires that IDX and VOW displays identify the name of the listing firm in a “reasonably prominent location in a readily visible color” and in “typeface not smaller that the median used in the display of listing data.”

Realogy emphasized that others in the industry, including the Real Estate Standards Organization (RESO) and California Regional MLS (CRMLS), had already recommended or implemented changes to listing attribution.

CRMLS put in place a new listing credit rule last week that required listing displays to be clear enough so that a “reasonable real estate consumer” understands who the listing agent, listing broker and advertising agent are and how to contact the listing agent or broker.

In a tweet thread, Sam DeBord, CEO of RESO, praised the proposal as “an obvious win for consumer transparency” and said that “consistencies create efficiencies.”

It seems like an obvious win for consumer transparency.

Asked to elaborate, DeBord noted that, at the national level, rules for displaying the listing brokerage and agent don’t require that a listing agent’s name or contact info is included.

“MLSs sometimes make local rules that require additional information to be displayed, but, generally, just the listing brokerage’s name is listed,” DeBord told Inman. “So in IDX, for example, a website wouldn’t necessarily make it easy for a consumer to find the listing agent and contact them. This would make it easier.” 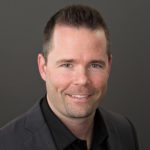 On the technology side, the proposed change would make life easier for tech provider as well, according to DeBord.

“[I]f every MLS required the same fields to be displayed on every listing, then every brokerage and vendor who creates websites for brokerages could build technology that knows which fields will be displayed on a website prior to entering a new MLS territory,” he said. “Standards are simplicity for tech implementations.” 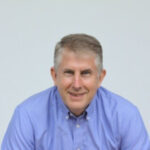 Cass Herrin, director of data services at MoxiWorks, replied to DeBord’s tweet agreeing that standardizing display rules across MLSs would be a win for tech vendors. Still, he worried that the policy would “end up being optional and therefore just another rule in a sea of rules.” He added, “But I am trying to rein the pessimist in.”

Inman reached out to Zillow and Redfin, who operate two of the nation’s most popular listing sites, for comment on the proposal. In an emailed statement, a Zillow spokesperson said, “For more than a decade, our philosophy of ‘turning on the lights’ for consumers has meant that we’ve consistently displayed listing agents’ names and contact information, something not done on all IDX sites today.” 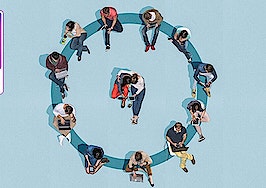 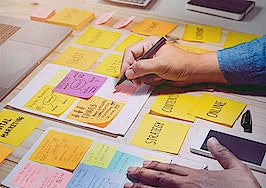 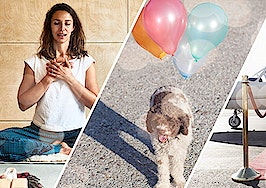