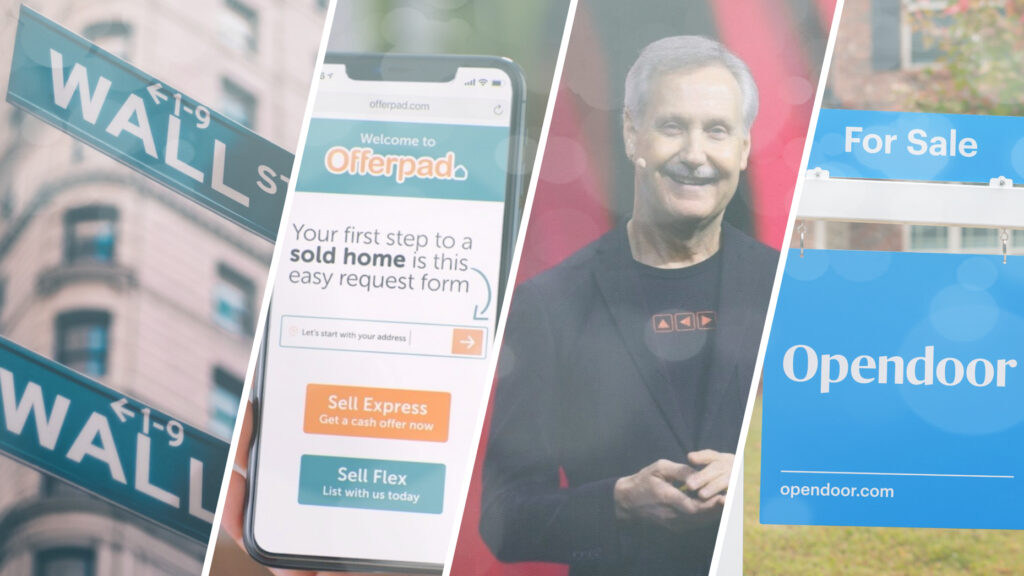 This week saw a flood of real estate company earnings reports. Overall, they indicate the market is well-positioned and maybe returning to some semblance of normalcy.

Wednesday was a big day for residential real estate companies.

Although this is generally the season when corporations report their latest financial results, thanks to an unusual coincidence at least six different real estate firms all announced their earnings on Wednesday afternoon. Those companies included big name iBuyers, fast-growing brokerages and technology startups, among others.

As a result, Wednesday offered a window into what’s happening right now in residential real estate, who is succeeding and what to watch for in the future. Although the reports on the whole were somewhat mixed, the market appears to be on solid ground, new people are joining the real estate industry, and tech-oriented upstarts are overall performing well.

Going into Wednesday’s earnings reports, the biggest recent news in real estate was Zillow’s revelation that it would get out of the iBuying business. That news created significant pressure on Opendoor and Offerpad — the two biggest and best-known dedicated iBuyers — to show that the business model itself wasn’t broken.

For the most part, both companies delivered. Opendoor revealed that it brought in about $2.3 billion in revenue during the third quarter of 2021, up from $338.6 million at the same time last year.

Meanwhile Offerpad’s revenue rose from $186.4 million to $540.3 million. Both companies still suffered a net loss during the quarter, but investors were nevertheless apparently still satisfied with the results; shares in both companies rallied after hours Wednesday following the publication of their earnings reports.

Both companies also revealed that they significantly increased their inventory of homes during the quarter — which suggests that at least for now they aren’t preparing to follow Zillow and pull back on new purchases.

Opendoor and Offerpad both still have a journey to undertake until they’re profitable, but this week’s earnings indicated that Zillow’s news won’t necessarily drag them down. Which is to say, reports of iBuying’s death may be greatly exaggerated.

The coronavirus pandemic has been raging for more than a year and a half in the U.S. now, and its impacts on housing have been complicated. In the first weeks after the outbreak began, real estate activity ground to a brief halt. Activity then surged back with a fury, to the point that last year lacked a typical slow season in the fall in many markets.

And Compass revealed that it pulled in record third quarter revenue, but that record didn’t rise to the levels of the previous three months. And it too pointed to seasonality as a factor.

It’s hard being a public company

Recent months have seen a flurry of companies in the real estate space go public. And this week’s earnings reports shows that sometimes, there are growing pains after a stock market debut.

Perhaps most notably, cloud banking software developer Blend Labs Inc. revealed that losses in the third quarter grew by 360 percent from a year ago, to $77 million. The company went public in July, and most of the quarter’s losses were due to vesting of $54 million in stock-based compensation.

That suggests losses in future quarters may not be so severe and directly links Blend’s struggle to its IPO. But either way, investors were apparently unswayed this week; shares opened Thursday morning down more than $2 compared to their closing price Wednesday of $15.45.

Blend isn’t the only company that has struggled with investor enthusiasm; Compass also saw its share price fall from Wednesday to Thursday. The company’s earnings report revealed that Compass suffered $100 million in losses during the quarter — way up from both a year ago and the previous quarter — which may have weighed heavily on investors’ minds.

Compass didn’t provide many details about why losses were so much higher in the third quarter, but it’s worth noting that it too went public earlier this year. Clearly, the first year selling shares includes some growing pains for many companies.

Companies with agents have, this earnings season, generally indicated that their ranks are growing. But newer, more tech-oriented brokerages that are experimenting with different financial models have been the standouts. For instance on Wednesday, Fathom Holdings Inc. announced that its agent count grew 50 percent, to more than 7,500, in the third quarter of 2021 compared to the same time last year.

In a similar vein, eXp — which reported earnings last week — revealed that its agent count grew 82 percent year-over-year in the third quarter to 65,269.

Other companies such as Keller Williams and Compass also revealed on Wednesday that their own agent counts grew, suggesting that in general more people are joining the industry. But their percentage gains were smaller than  those achieved by both Fathom and eXp — both of which have veered more substantially away from the traditional brokerage model.

How this trend plays out over the long term remains to be seen, but it’s not a great leap to interpret these findings as evidence that real estate agents have an appetite for alternative financial models.

Earnings were ultimately mixed, but the market was strong

This week’s earnings were somewhat mixed. Some companies did well, others were more middling. The result is that there isn’t as simple a narrative this time around as there was in recent past quarters when just about everything in the industry was on fire.

What is clear from this week’s earnings, though, is that the housing market in general appears to be on a solid footing. In both reports and calls with investors, executives from the companies that reported earnings this week indicated that they don’t see a bubble forming and that despite fluctuations of things like interest rates, demand for homes should remain strong into 2022.