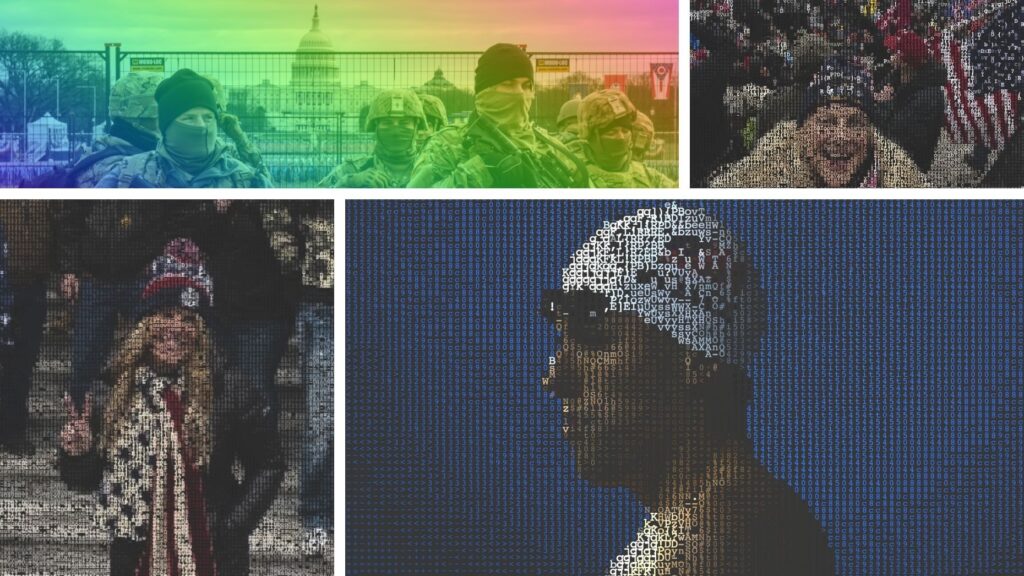 Jenna Ryan, Klete Keller and Libby Andrews have had a tumultuous year. Here’s what they’re up to now as the attempted insurrection at the Capitol in Washington, D.C., notches an anniversary.

The real estate agents who have admitted to “storming” the U.S. Capitol a year ago have had a tumultuous year.

One is in prison, but reportedly has a book deal; another is likely headed to prison, but has been hired back by his real estate brokerage in the meantime; and another was fired, hired by another brokerage and voluntarily dismissed a defamation case she filed against NBC in the wake of the attack.

On Jan. 6, 2021, a mob, with Realtors among them, stormed the U.S. Capitol building and rioted while lawmakers attempted to certify the results of the 2020 election, resulting in five deaths. Some agents who allegedly participated in the incident were Jenna Ryan, Klete Keller and Libby Andrews.

These are their stories.

Ryan, a Frisco, Texas-based Realtor who made headlines for taking a private jet to Washington D.C. before participating in the Capitol riot and later claiming her “blond hair” and “white skin” would keep her out of jail, was sentenced to 60 days behind bars in November.

She began serving her sentence at Bryan Federal Prison Camp, a minimum-security prison for female inmates in Texas, a few days before Christmas, the Dallas Observer reported.

According to Florida-based prison consultant Daniel Wise, Ryan, 51, was scheduled to start serving her sentence in the first week of January but may have surrendered strategically early after reportedly getting a book deal.

“I have to imagine that there was a motive behind this, and your motive probably is: You want to go in there, now you can write in your book what it was like to be in prison for Christmas,” he said in a YouTube video. “I mean I think people are going to see right through the smokescreen. I don’t think you’re going to get a lot of sympathy.”

Ryan infamously stormed the U.S. Capitol building, leveraged images from the insurrection to plug her real estate business and asked Donald Trump for a pardon in the waning days of his presidency — which she did not receive.

She was arrested after she allegedly appeared in a video inside and on the steps of the U.S. Capitol on Jan. 6, pitching her real estate services and shouting “Y’all know who to hire for your Realtor. Jenna Ryan for your Realtor.”

In August, she pleaded guilty to demonstrating inside the Capitol building. The misdemeanor crime that comes with a $500 restitution fine — which the judge imposed — and a chance of landing up to six months in jail, which the judge set at two months at the request of prosecutors.

Ryan, a currently licensed broker at First Place Real Estate, tweeted on March 26 that she was “Definitely not going to jail. Sorry I have blonde hair white skin a great job a great future and I’m not going to jail.”

In videos posted to her TikTok account, Ryan said she looked forward to spending her time in prison working out and doing lots of yoga and said she hoped the prison would have protein shakes and protein bars. She said it would be “worth going to prison” if she was able to lose 30 pounds during her 60-day sentence.

“I want it over with so I can move on with my life and start taking care of my business,” she said in one TikTok video.

The National Association of Realtors told Inman in November that Ryan remained a Realtor. Inman reached out to Mary Leidy and Jonna Fernandez, CEO and COO, respectively of Ryan’s local association, the Collin County Association of Realtors in Plano, Texas, but neither responded to requests for comment. NAR also did not respond when asked whether any of the Realtors that had stormed the Capitol had been disciplined in any way by their local Realtor association.

Keller, a former five-time Olympic swimming medalist for the U.S. and a current commercial real estate agent, was charged a week after January 6. Keller was spotted in videos of the mob inside the U.S. Capitol that day, wearing a U.S. Olympic jacket. He participated in the 2000, 2004 and 2008 Summer Olympics, captured two gold medals, a silver and two bronze medals, the former three in team relay events. 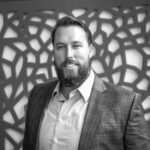 At the time of the insurrection, Keller worked for Colorado Springs-based real estate firm Hoff & Leigh. He resigned from the firm after the emergence of videos of the riot.

“Hoff & Leigh supports the right of free speech and lawful protest but we cannot condone actions that violate the rule of law,” the brokerage said in a statement at the time.

Licensing records show that Hoff & Leigh re-hired Keller, a broker associate, in May. Hoff & Leigh owner RD Trinidad did not respond to a request for comment.

“He was completely remorseful,” the firm’s managing broker, Holly Trinidad, told the Los Angeles Times. “He was like, ‘I should have never gone. Had I known what this was going to turn out to be, I would never have gone and never have done this.’ … He’s genuinely a good-hearted person and you can’t have enough people in your life that are truly good-hearted people, regardless of how you feel about their politics.”

Keller took a plea bargain with prosecutors in September, pleading guilty to a felony charge of obstructing an official proceeding before Congress and agreed to cooperate with the government’s investigation.

According to the Times, Keller won’t be sentenced until his cooperation with the government is finished and sentencing guidelines call for 21 to 27 months in federal prison.

A month after Keller pleaded guilty to a felony, Hoff & Leigh re-posted Keller’s biography to its site, the paper said. The bio mentions his Olympic medals and his love of skiing and hot springs and his “passion and excitement for commercial real estate.”

The Times reported this week that during a bitter child custody trial in 2020, Keller’s ex-wife accused him of threatening her with “marital rape” and of stalking her. Keller has denied the allegations.

Keller did not respond to an emailed request for comment.

Chicago-based real estate agent Libby McCarten Andrews was promptly fired from real estate brokerage @properties after she acknowledged on social media that she had stormed the Capitol. 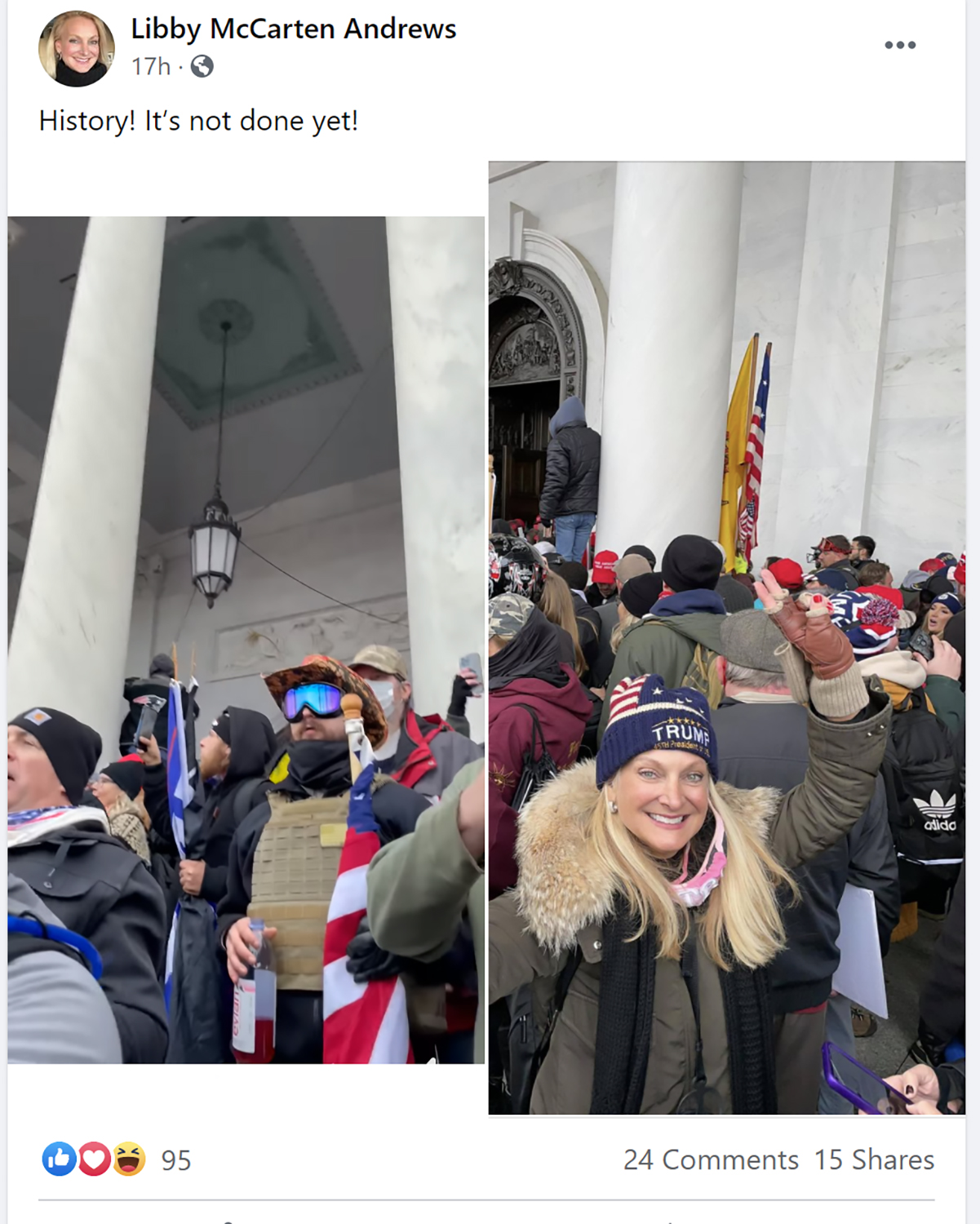 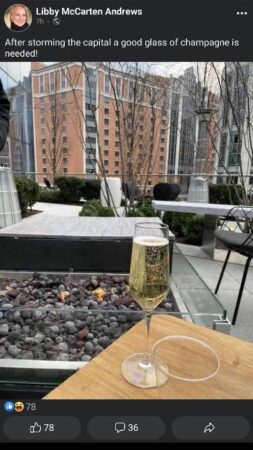 Andrews was never charged with a crime. In May, she sued NBCUniversal Media after the company allegedly aired a news report claiming she had been criminally charged.

Andrews voluntarily dismissed the lawsuit in August with prejudice, meaning permanently. She did not respond to an emailed request for comment.

After her termination from @properties, Andrews went to work for a rival, Gold Coast Exclusive Real Estate.

Kristine Farra, the firm’s founder and CEO, did not respond to an emailed request for comment. 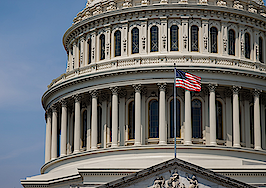 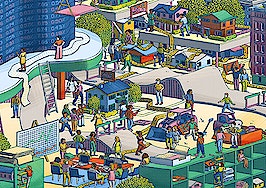 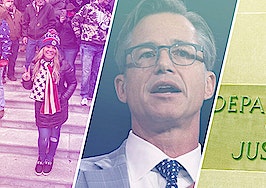