No matter whether it’s a last-minute financing snafu or a deal-breaking item on the home inspection report, we’ve all had transactions suddenly go south — and had to step in to get things back on track. From warring buyers and sellers to agents who just can’t get along to the always unexpected glitches that occur during the escrow process, you may sometimes feel like you’re juggling knives all the way to the closing table.

Whether you’ve contributed funds, negotiated a truce, or put on your grubbies and stepped in to clean up, paint or landscape yourself, we asked what you’ve had to do to keep a deal together. Do you make it a practice to live and let live or do you get your hands dirty to keep things moving forward? What’s the wackiest thing you’ve had to do to get a deal done?

Here are your stories:

The seller was impatient because he could not reach my coworker. He called my coworker’s office number. I picked up. He threatened to sell the land to a higher bidder because my coworker was incommunicado. I told the seller the truth. The agent was in the hospital getting an operation for the hernia that he had suffered while climbing a tree on this gentleman’s property, to make the sale. The guy was mortified. He apologized and backed down.

Hot market. The buyer did not realize what a great deal he was getting. He was demanding tests for radon gas and for percolation. We practice on Long Island, New York, which was formed by glaciers 20,000 years ago. The whole island is made of sand and gravel. We have no bedrock, hence no radon; and everything percolates. The buyer’s demands were pointless.

I told the buyer, truthfully, that the only thing keeping the seller from pulling the deal right out from under him was the sense of guilt and obligation to my coworker that the seller felt. I also told the buyer that, if he did not sign that day, I would find somebody who would take the lot for more money. (I would not have thrown my coworker under the bus.) He signed.

So the craziest way that I have held a deal together was by using a coworker’s unfortunate medical situation to good effect by making the parties to the transaction feel selfish and guilty, although rightfully so. This agent, who was on the verge of leaving the business, now has one of the most successful teams in our market, in the top 5 percent.

I love dogs, so said I would give it a try. When I went inside, he hid under the bed barking and growled at me (as expected). I laid down a trail of treats all the way to the front door and sat there silently, with the friendly dog, for about 30 minutes while he sized me up. Finally, he came out and let me put the leash on him. We took a long walk while the buyers did their thing, and got a great offer that night!

I got a mobile notary to go to the hospital to notarize documents giving his wife Power of Attorney to sign for him, and the deal went through. He was in the hospital for a long time. Thank God he had fantastic insurance through his job — anti-venom costs $10,000 an hour. I sold the property for them several years later and have helped them buy and sell numerous properties since then.

To this day, if he sees a snake in a driveway or on the road, he throws that truck in reverse and puts skidmarks on it!

Add your own wild tales in the comments below.

You shared your retirement plan or exit strategy: Pulse

We found out what's keeping you up at night: Pulse 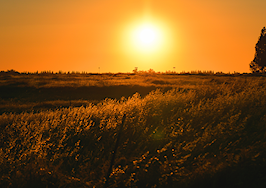 You told us your exit strategies. A CFP breaks down what works (and what doesn't) 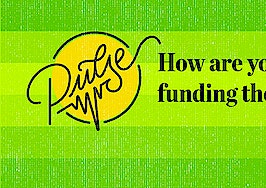 You told us how your buyers are funding their purchases right now: Pulse 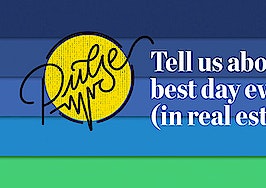 You shared your best day ever (in real estate): Pulse 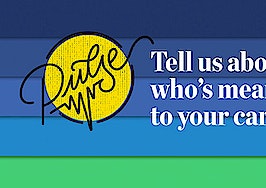 Pulse: Here are the folks who've meant a lot to your career 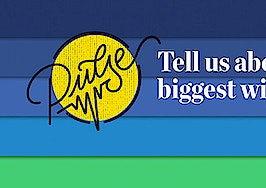 You told us about your biggest win in 2022: Pulse
Back to top
Only 3 days left to register for Inman Connect Las Vegas before prices go up! Don't miss the premier event for real estate pros.Register Now ×
Limited Time Offer: Get 1 year of Inman Select for $199SUBSCRIBE×
Inmanpot
Log in
If you created your account with Google or Facebook
Don't have an account?
Create an Account
Forgot your password?
No Problem