Last week, I provided thoughts on why some Realtors believe that their dues are in essence a forced “tax” on real estate professionals either because their MLS requires Realtor membership or because their broker requires it as a result of the National Association of Realtor’s broker-centric dues billing policy.

Last week, I provided thoughts on why some Realtors believe that their dues are in essence a forced “tax” on real estate professionals either because their MLS requires Realtor membership or because their broker requires it as a result of the National Association of Realtor’s broker-centric dues billing policy.

The many thoughtful comments to that article bear out the various perspectives on this issue. I encourage you to read them at some point (see link above). They bear out what we already know — some number of current Realtors would choose to opt out of membership if they could still effectively be “in the business.”

Some Realtors would choose to opt out of membership if they could.

To me, “in the business” means two things. First, having access to the local MLS and the local standard forms (the argument that MLS is somehow uniquely tied to the Realtor association value proposition is over and is happening across the country in big metro markets).

Second, most agents are independent contractors and as such, they should be able to affiliate with the broker of their choice and make their own independent choices as to what associations they support.

So the question is, should NAR make changes to enable that choice?

I believe the answer is yes. To be clear — and contrary to some readers who think this is a Zillow-Inman conspiracy — the opinions here are my own and are rooted in the desire to strengthen the Realtor organization.

My two-plus decades of Realtor association support bears that out. If you really think there is some broader anti-NAR conspiracy to all of this, you probably should stop reading and try to find an article about grassy knolls.

Trade association strength is not based on some statistical number of members nor its top-line revenue. No doubt, lots of members and lots of money are great — but only when delivered as a byproduct of a more important element.

I believe trade association strength is essentially a function of member loyalty to the mission of the organization. And there are great examples of that in the Realtor organization that happen daily where loyal members provide their time, talent and treasure for the greater good, a good that they believe in, are loyal to and get benefit from.

Trade association strength is a function of member loyalty to the organization’s mission.

On the flip side, there are huge costs to a trade association that effectively require membership of non-loyalists or “detractors” (as they are called in the well-respected Net Promotor System used by many of the top companies in the world). I will get into that a bit later.

Back to loyalty. In our American culture, it cannot be mandated. It must be a choice and in the trade association context, it can only be earned through a value proposition that aligns with the member’s business needs and general business philosophy. Telling someone that they have to pay for something and then trying to convince them it was worth it will usually get squinty eyes staring back at you.

Loyalty can only be earned through a value proposition that aligns with members’ needs.

How many members did we have last year? What does the market look like for next year?

What about “how many of our members might leave (or not join) if we fail to provide them value worth paying for?” In most Realtor associations, that question is never asked.

So why does this revenue model not align with maximizing the strength of the organization? Because at the end of the day, it creates a cultural understanding and belief system that the business is driven by something other than the amount of actual (not theoretical) member value delivered and willingly paid for.

That said, no amount of “want to” can replace the ultimate business litmus test when the member can leave if they don’t get what they want or need.

Think about this. Many tens of millions of dollars have been or will be spent in hard and soft dollars on the development and implementation of NAR’s new Core Standards, designed to ensure that every Realtor is getting a certain value for their dues dollar.

Would core standards even be necessary if all those organizations had over the years been laser-focused on delivering actual value to their members, and their members acknowledged that value by choosing to pay their dues? The free market works in wonderful ways.

The hidden cost of detractors

From my personal experience at the state and local Realtor level, Realtor associations spend an overwhelming amount of time and money on trying to convince the non-loyalists that they should be involved — either by coming to meetings, participating on committees, funding governmental affairs or the many other traditional functions of the organization.

I hear the same discussions today that I heard when I first got involved with the Realtor organization 25 years ago.

Although this mission is noble, it fails at scale. Typical non-loyalist real estate professionals have no desire to be either involved with Realtor associations or aligned with the mission. And no amount of cajoling is going to change that.

What if the time and money spent on the non-loyalists were diverted to delivering more and better value to those who were aligned with the organization, determined simply by their choice to belong?

Increasing the breadth of loyalty in this group will pay far greater dividends to the organization than the marginal transition of the detractor and is far less expensive to accomplish.

Increasing the breadth of group loyalty will pay far greater dividends to the organization.

Initially, NAR was created to separate itself from the “riff-raff” and elevate its members to a higher standard of practice as defined by its Code of Ethics, one that would be viewed more favorably by consumers.

Fast forward to today and that mission has been flipped on its head. If everyone has to be a member, there is no differentiation.

Today, the differentiation of the Code of Ethics (as it relates to duties owed to consumers) is nearly invisible due to the strengthening of consumer protection and real estate license laws. And the gap continues to narrow.

Study after study shows that the term Realtor is synonymous with real estate licensee, both to consumers and even to many in the business.

The loyalists, the ones who believe in and support the mission of the organization, desperately want their Realtor status to mean something to consumers — to give them a competitive advantage.

But it never will as long as everyone has to be a member. No amount of “raise the bar” dialogue will change that. No amount of #GetRealtor. No amount of Phil Dunphy. All very well-intentioned and creative efforts, but all are equally ineffective in making a meaningful impact on consumer perception.

And this is dangerous not only because it diverts resources but because it also continues to degrade the value to the loyalists, and the detractors don’t give a damn.

This is a complex issue, and there are many significant implications, all of which cannot be addressed here. There would be fewer members, which means less money, at least initially.

How many fewer? Not sure, but if you take other well-known national trade associations as examples, both the American Medical Association and the American Bar Association have about 30 percent of their relevant market as dues-paying members.

There are vast differences between the medical and legal professions and real estate, and I would expect the fallout to be much less.

Most importantly, the greater organization would need to be right-sized and culturally changed to deliver what its loyal members want and need.

Is it a challenge? Absolutely. But there are lots of smart people in the Realtor organization, and it can be done.

No doubt, some might read this with a defensive mindset or come to the conclusion that there is just too much risk to the association, the loyalists, the greater real estate industry and homeownership in giving real estate professionals a choice to belong.

I say there is too much risk in not doing so. What risk? Well, that’s for another article.

Formerly Senior Vice President of Industry Relations at realtor.com, Russ Cofano is an industry consultant and speaker with 25 years of executive-level experience in technology, association, MLS, brokerage and law. You can find him at Cofano Consulting or LinkedIn. 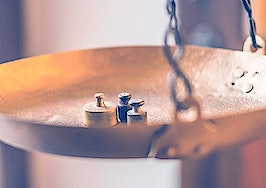 Upstream or MLS? The essential brokerage utility for the 21st century 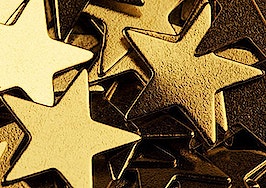 Realtor membership: Is now the time to make it a choice?