The real estate industry is a space ripe for change and disruption — from the way homes are bought and sold, to how people are paying and who’s doing that buying and selling. With change happening at such a torrid pace, it’s often hard to keep up, so we at Inman have rounded up the five biggest trends that are shaping the industry right now.

The real estate industry is a space ripe for change and disruption — from the way homes are bought and sold, to how people are paying for what is likely the largest transaction in their lifetime and who’s doing that buying and selling — after all, more than 5 million homes were sold in 2017 according to the National Association of Realtors.

With change happening at such a torrid pace, it’s often hard to keep up, so we at Inman have rounded up the five biggest trends that are shaping the industry right now:

More iBuyers are coming out of the woodwork

It seems like everyone is getting into the iBuying space these days. An iBuyer is an investor that gives a homeseller a quick-close offer on their home and turns around to immediately relist it.

It’s like flipping without any of the renovations, or in some cases, a light sprucing up of the home to make it more attractive to buyers.

It was a space occupied for a long time by tech startups like Opendoor, Offerpad and Knock. Zillow launched its own consumer-facing homebuying and selling program in April, and brokerages are starting to enter the space as well.

Realogy announced this week that it’s entering iBuyer space, Redfin announced it would be investing more heavily into its own iBuyer program, and even Keller Williams has been secretly testing a program for more than a year.

Indie brokerages, like BRIX Real Estate in Minnesota, are finding their way into the space as well, partnering with some of the established iBuyers out there to offer homesellers the choice of a quick-close offer as opposed to going to market.

The industry is hyped up on VC capital

A total of $800 million flowed into real estate this week from venture capitalists — and that was just for two companies, Opendoor and Compass.

As Redfin CEO Glenn Kelman alluded to in an interview with Inman earlier this month, there’s a lot of money in real estate.

Compass’ $400 million Series F round comes on the heels of a record-setting $450 million in December 2017, bringing it to a total of $1.2 billion raised in venture capital funding.

Money is flowing into all corners of the industry: an iBuyer startup just got $250 million and the promise of an additional $1 billion; a prefab home manufacturer raised $6.7 in series A funding this week from Amazon and others; and last week, rental platform Zumper raised $46 million to build out its product and hire additional staff.

Brokerage consolidation is a new normal

In a move that would have seemed unprecedented in any other year, Howard Hanna acquired Allen Tate Companies. The companies called it a partnership in a release announcing the move, but Allen Tate will operate under the Howard Hanna family of companies, and Howard Hanna will be the majority shareholder in the new partnership.

It was hardly the only headline acquisition in a year that saw Pacific Union International and Paragon Real Estate Group acquired by Compass — among others in Chicago and Seattle.

In another major move, Texas-based Ebby Halliday was acquired by HomeServices of America. All four brokerages finished in the top 100 in sales volume according to the Real Trends 500, and all but Paragon Real Estate Group were top 25.

California has seen been a hotbed of acquisitions in recent weeks, with Deasy/Penner acquiring Podley Properties and Alain Pinel acquiring Hill & Co.

Home prices have risen for 75 months straight, but a number of indicators are showing that the precipitous climb of prices may finally be cooling off. A Redfin agent even remarked this week that home prices may be hitting their peak in Portland.

A number of studies have put into perspective how unaffordable today’s housing market is: affording a mortgage hasn’t been this difficult since 2009; in parts of San Francisco a six-figure salary was considered low-income; pending home sales have fallen for eight straight months; and the Federal Reserve just raised interest rates again.

Additionally, a recent analysis of Census data found that, although we’ve seen a 1.8 percent gain in median household income from 2016 to an all-time high of $61,372, median household income has actually decelerated from a 3.1 percent gain in 2016 and a 5.1 percent jump in 2015. This wouldn’t be so bad if price increases slowed as well, but that hasn’t been the case.

To make matter worse, a study by mortgage website FREEandCLEAR showed that women and minorities are finding it more and more difficult to afford homes compared to white males.

But on the more positive side, in addition to increasing inventory, rents stayed flat year-over-year in August for the first time since 2012.

If the market suddenly shifts, here are some tips to prepare your sellers.

The entire real estate transaction is getting streamlined

Something a lot of disruptors seem to agree on is that the real estate transaction is still arduous, so a number of companies have taken it upon themselves to find solutions to ease things like getting a mortgage, finding a home and even closing.

Dotloop, which was acquired by Zillow, has a digital transaction software to try and smooth the entire process.

Both Quicken Loans — and sister company Rocket Homes — as well as LoanDepot are focusing on providing easy online mortgage solutions. Rocket Homes recently launched a consumer-facing portal where prospective buyers can search for a home, find a Realtor and get pre-approved for a mortgage, all with one login.

Early-stage venture capital funds are investing in startups all over the industry, and some of them — like Reasi — include blockchain-related solutions to easing and securing the entire transaction process.

The industry is morphing so rapidly that most of these trends just fully blossomed over the past month. Brokerages that have become industry mainstays are disappearing, and the entire process of buying and selling homes, as well as how and what to pay for those homes, is changing by the day.

And despite all of that, agents, in most places, are still at the center of the real estate transaction. Things are just a little different now, and agents need to evolve with those changes. 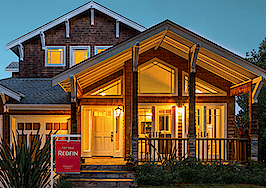 Home price appreciation is slowing around the country 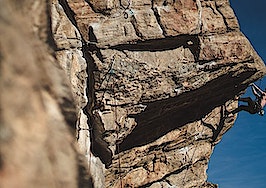 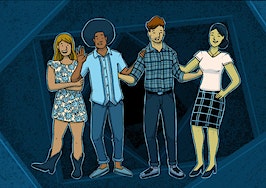