“Higher yields equate to steeper borrowing costs for corporations and investors alike, and have caused a reassessment of equity valuations, already deemed lofty by some measures,” said Sue Chang of MarketWatch. “On top of that, richer rates of so-called risk-free bonds can compete against equities, which are perceived as comparatively riskier.”

This month, the steady rise in interest rates has negatively impacted investor sentiment, causing the S&P 500 and NASDAQ to close with 1.14 and 52.50 deficits, respectively. Some analysts say worse is yet to come in the form of a market correction of anywhere from 10 to 20 percent (a correction is defined as 10 percent decline in a stock or index).

So, how are real estate’s biggest companies positioned with a potential correction on the horizon? 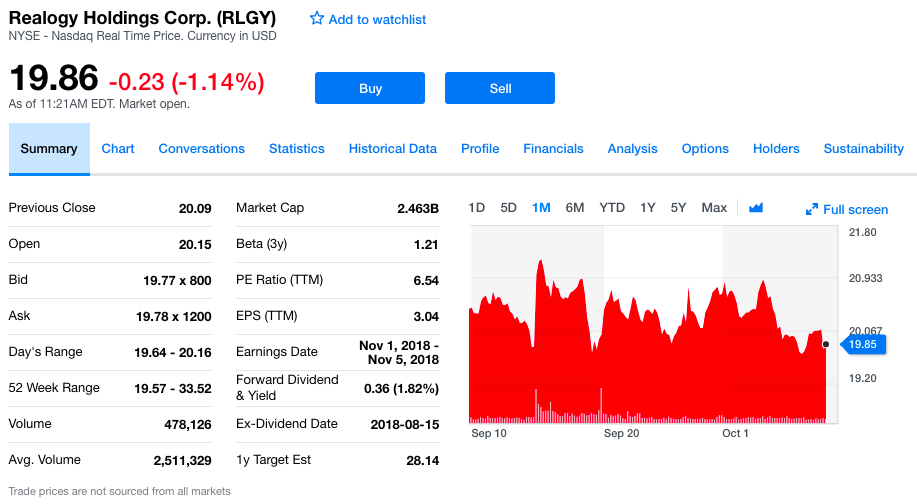 During the same time period, Realogy continued its leadership shuffle, jumped into the iBuyer market, and paid $8M in a lawsuit over alleged kickbacks stemming from its now-defunct PHH Home Loans joint venture with PHH Mortgage Corporation.

Although some analysts think the company’s share values are simply underpriced, others say Realogy has been hit hard by the housing slowdown, high commission payouts, and too much overhead. Most of all, a focus on new brokerage models is pushing venture funding toward companies such as Compass and Opendoor. 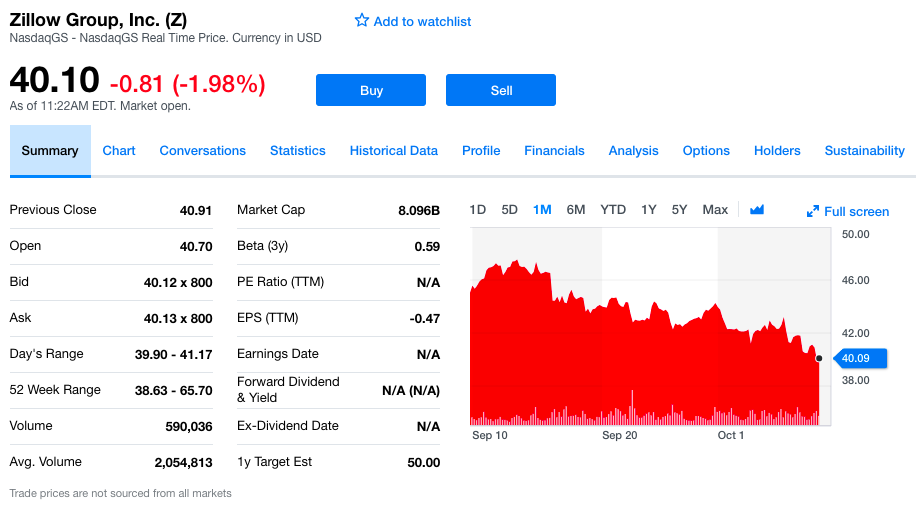 “Investors … don’t want an interest-rate-sensitive company that owns homes; they bought Zillow because it’s a high-margin, asset-light online real estate play with a fabulous multi-year growth story,” said CNBC’s Jim Cramer. “In short, it’s not what the shareholder base signed up for.” 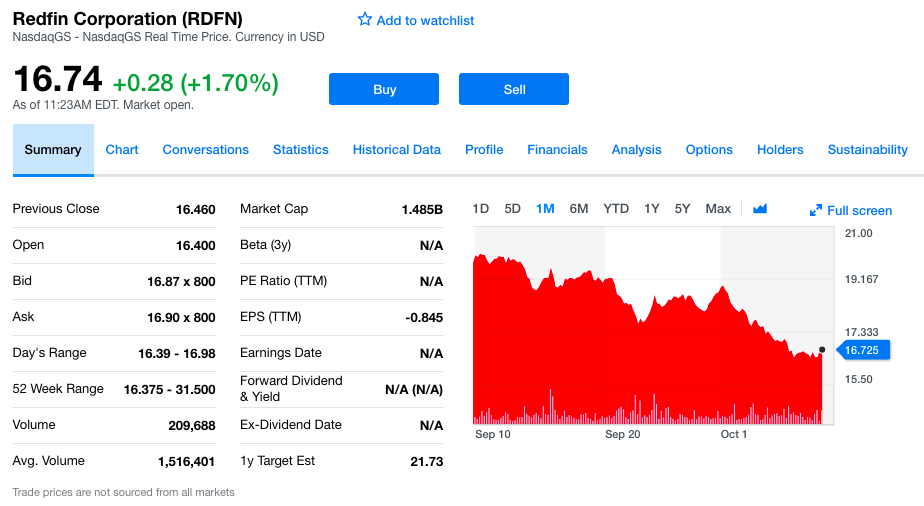 Since Sept. 10, Redfin’s price per share has decreased $2.98 cents from $19.72 to $16.74, with a high of $20.04/PPS on Sept. 10 and low of $16.46/PPS on Oct. 8. Much of the news from Redfin over the past month has focused on the launch of a new price estimate tool for off-market homes, continued expansion efforts for Redfin Mortgage, and a controversy surrounding the accuracy of Redfin Estimate after sudden, dramatic price hikes.

Redfin CEO Glenn Kelman did lower the company’s Q3 forecast, citing “slowing traffic growth in a weakening real-estate market.” Despite that, investors are saying that Redfin is still a good investment.

“With the stock down below $20, it’s a good time to buy in or add to a position,” said Jonathan Poland of Guru Focus. “Even though growth is slowing in the hottest markets, houses are still selling in less than 30 days. Across the country the average is about 60 days.” 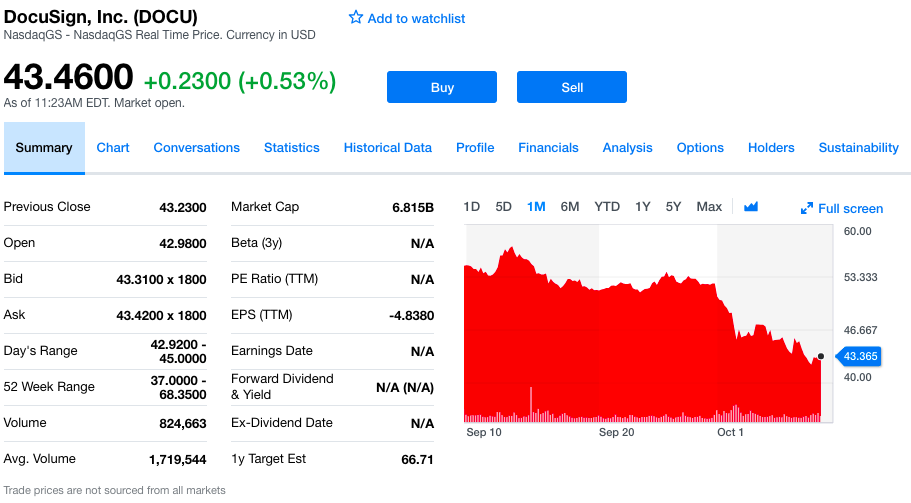 According to an analysis by Keith Noonan of The Motley Fool, DocuSign is heading into a two-month slump with shares continuing to fall in October after a 15.8 percent decrease in September, according to S&P Global Market Intelligence data. Noonan says “guidance that has underwhelmed some investors” may be to blame, but the company’s total revenue, earnings, and free cash flow have remained strong. 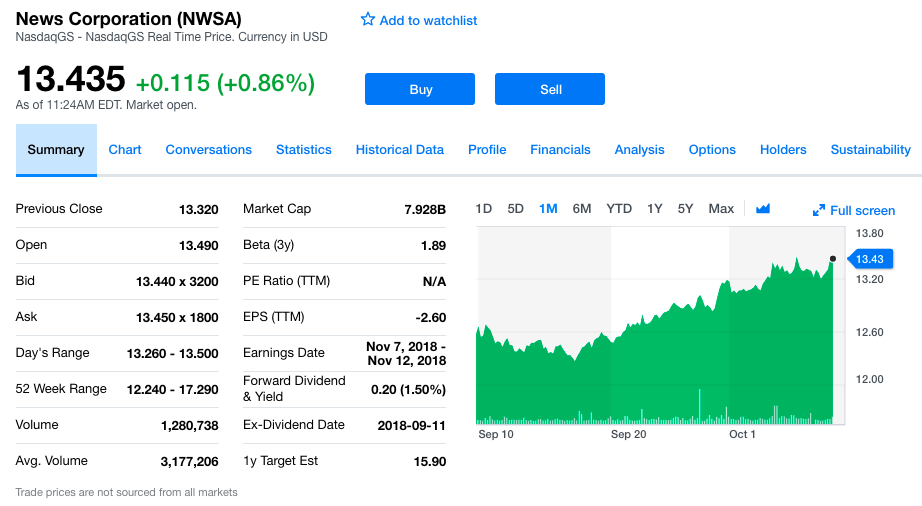 In August, News Corp bought lead generation platform Opcity for $210 million a move that was followed by acquiring a brokerage license in Texas, where Opcity is headquartered. The company also experienced 19 percent year-over-year growth in its digital real estate services during Q4 2018, which includes Move’s realtor.com. 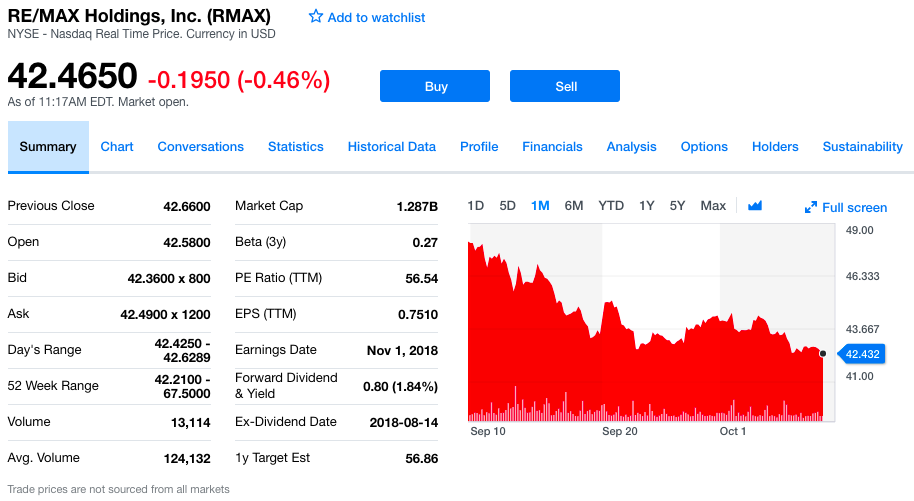 But, the company had a rockier start to the year, with ethics violations by CEO Adam Contos and founder Dave Liniger. 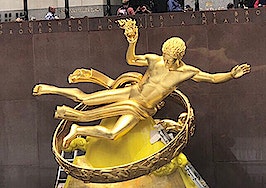 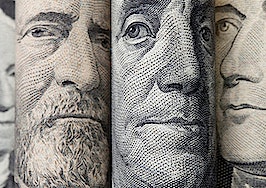 Real estate tech funding reached $2.7B last month, most since 2017