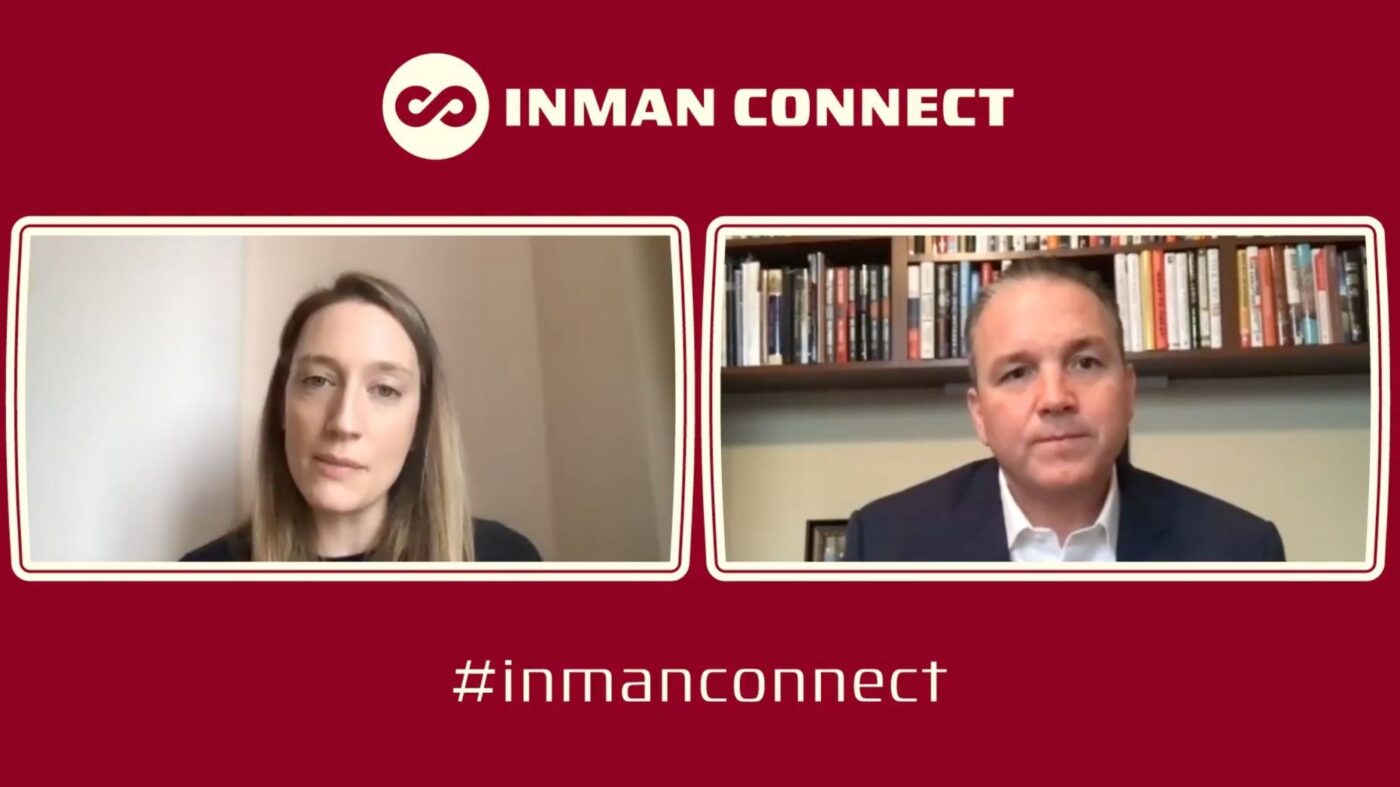 More than 90 percent of consumers say they love their Realtor, but only 13 percent actually work with them again. Berkshire Hathaway HomeServices CEO Chris Stuart wants to close that gap.

The real estate industry’s biggest obstacle to growth, in one word, is “influence,” Chris Stuart, the CEO of HSF Affiliates and CEO Berkshire Hathaway HomeServices, said during a virtual Inman Connect session Wednesday titled, “Leadership Lessons and Growth Strategies for the New Year.”

Right now, people are only buying houses based on life events, Stuart explained. In the past 20 years, the U.S. economy has added approximately 20 million households, and yet, outside of the boom leading up the Great Recession, yearly transaction volume has been roughly 5 million transactions.

“We’re not influencing our industry in the same way our other professional service industries are influencing their industries,” Stuart said in conversation with Clelia Peters, the president of Warburg Realty.

“I think that’s a major opportunity for us, to really re-think how do we go to market, how do we merchandise our value as an industry,” Stuart said. “That is where the growth needs to come from.”

Stuart, who brings an extensive background in the technology sector, doesn’t believe the industry’s digitization trend and push towards technology is the way to exert more influence, however. He believes the industry needs to focus on what he calls the “loyalty gap.”

Citing the National Association of Realtors’ annual membership survey, Stuart said 91 percent of consumers say they love their Realtor and many have already referred that Realtor to other individuals. But when it comes time to transact again, only 13 percent of consumers actually use the same Realtor.

“If we were CEOs in any other industry and we saw this loyalty gap, we would be 100 percent focused on closing it because the economic opportunity there is enormous,” Stuart said.

Instead, agents are more focused on finding the next deal, the next lead or the next inquiry.

“We perpetuate this gap because we’re churning our customers,” Stuart said.

Agents can lower churn in a number of ways, including embracing the economic opportunity to be more valuable to the customer through the entire transaction. Agents tap into the relationships they have and call on experts to provide differentiated information, rather than plugging their clients into an email drip campaign and sending a newsletter once a month.

Agents should also be connecting the dots for their clients.

“We spend our lives immersed in this industry, reading the industry headlines,” Stuart said. “Our consumers spend a fraction of the amount of the time.”

Despite a path to the real estate industry that included a stop at Oracle, a $160 billion computer software company, Stuart doesn’t see the industry’s recent focus on technology as the way to grow more influence and close the loyalty gap.

He believes in the role of technology — especially with a focus on deficiencies in the industry — but doesn’t believe it’s going to make consumers less likely to work with a real estate agent any time soon.

The advent of the iPhone actually increased the rate at which consumers opt to work with real estate agents, Stuart explained. Technology has also improved things like days on market and eased mortgage processing.

“I’m still firmly rooted in this idea that the humanity involved in this transaction and the things leading up to the transaction and during the transaction, that people and relationships and being a great communicator and problem solver, these things that people are still very much at the heart of, are the most important things in our industry,” Stuart said. “I often say that agents are the lifeblood of this industry.”

50% of agents will leave: One broker predicts real estate's future

The Real Word: Can ShowingTime competitors step up?