Last year was a record year in real estate and record-breaking broker Benny Eugene Caballero took full advantage. Caballero shattered his own world record for home sales last year, selling more than $2 billion worth of real estate for the third straight year, according to his firm HomesUSA.com.

Caballero, who just turned 82, earned his broker’s license at age 21 and founded HomesUSA.com in Dallas, Texas, in 2005. Caballero only works directly with homebuilders that construct several hundred homes a year to sell newly constructed homes, which gives him a leg up on traditional real estate agents. He has more than 60 builder clients in Houston, Dallas-FortWorth, Austin and San Antonio. 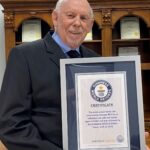 In 2007, he created an MLS listing management and marketing platform that streamlines processes for builders and charges a flat closing fee for every new home the builders sell. Caballero attributes the ability to maintain his massive volume to the technology that powers the platform, according to HomesUSA.com.

Caballero was the first to win the Guinness World Record category in “most annual home sales transactions through MLS by an individual sell side real estate agent,” based on his 2016 transaction numbers. He beat his own record in 2018 and won the the award a second time, selling 5,801 homes that year — and still holds that title.

Now, HomesUSA.com says that Caballero sold 6,438 homes worth more than $2.46 billion in 2020 — 637 more homes than his second Guinness World Record — and plans to formally apply for a third Guinness World Record title. Last year’s record averages to more than 120 new home sales a week or 17 new homes a day or a pace of more than two home sales every business hour, according to HomesUSA.com.

“As a Texan, I am proud to live and work in the world’s greatest and most resilient housing market and home to one of the strongest economies in the world,” Caballero said in a statement.

“Looking at the market today, this record is going to stand for some time. What’s most incredible is I get to do something I love every day and get paid for it. I built homes [for] 18 years and truly enjoy working with builders.”

According to HomesUSA.com, the verified data for his individual sales came from North Texas Real Estate Information Systems (NTREIS) and the multiple listing services owned and operated by the Houston Association of Realtors, the San Antonio Board of Realtors and the Austin Board of Realtors.

The company noted that Caballero repeatedly surpasses the total annual production of the highest-ranked real estate teams, both in transaction sides and sales volume. “If he were a brokerage, his sales volume would place him among the top 125 largest U.S. brokerages in the Real Trends 500 list,” the company said.

To put Caballero’s track record as the most productive real estate agent in history in perspective, the company pointed out that between 2004 and 2020, Caballero sold 42,265 new homes worth $15.6 billion — a sales volume higher than the annual GDP of more than 70 countries, per World Bank data. 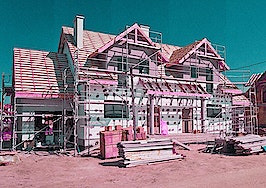 Knowing new construction gives you a competitive edge — here's why 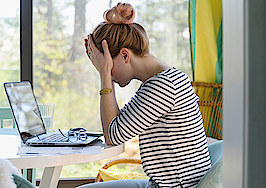 Glenn Kelman shares 14 reasons the market is so 'bizarre' now