The U.S. Department of Justice has hit back against a petition from the National Association of Realtors to quash or modify the federal agency’s civil investigative demand seeking new information on rules regarding buyer broker commissions and pocket listings.

In an Oct. 13 response, the DOJ asked the court to deny NAR’s petition, insisting its demand was not barred by any prior agreement with the trade group.

“In 2020, the United States and NAR discussed, and the United States eventually filed, a proposed settlement that would have culminated in entry of a consent judgment by the Court,” attorneys for the DOJ wrote.

“But no consent judgment was ever entered,” the lawyers continue in the new document. “In the course of discussing settlement, the Division did agree to issue a closing letter confirming to NAR that it had closed an investigation of two NAR practices.

Just because the DOJ decided to close two previous investigations into NAR’s pocket listing and commission rules and agreed to send NAR a closing letter saying that does not mean the agency came to any conclusion about the merits of those rules, according to the regulator.

The DOJ also did not agree to any limitation on future investigation of those policies or any other NAR policies at the time it closed those probes — which NAR allegedly knew, as indicated by correspondence between NAR and DOJ during settlement negotiations, the agency said. That correspondence is included in the DOJ’s response.

“The three-sentence closing letter contained no commitment to refrain from future investigations of NAR or its practices or from issuing new CIDs in conjunction with such investigations,” the DOJ filing said.

“While the closing letter stated that ‘the Antitrust Division has closed its investigation’ into NAR’s Participation Rule and Clear Cooperation Policy, … it made no promise not to investigate in the future. On the contrary, the letter emphasized, ‘No inference should be drawn, however, from the Division’s decision to close its investigation into these rules, policies or practices [that are] not addressed by the consent decree.'”

The Antitrust Procedures and Penalties Act, known as the Tunney Act, required a public notice and comment period before any final settlement with NAR and it was during this process that the DOJ’s Antitrust Division concluded that the reservation of rights provision in the proposed final judgment “should be revised to avoid potential confusion about whether the judgment would foreclose further action by the Division on matters not covered by the judgment,” the DOJ’s attorneys wrote.

When NAR did not agree to the modification, the agency withdrew from the deal as permitted by paragraph 2 of the proposed settlement, they added.

NAR: We expect the DOJ to live up to its commitments

In reaction to the DOJ’s filing, Mantill Williams, NAR’s vice president of communications, told Inman via email, “The Department of Justice response continues its unprecedented attempt to withdraw from a fully binding agreement after we had already begun to implement its terms.

“If DOJ’s view prevails, it would undermine the strong public policy in favor of upholding settlement agreements and public confidence that the government will keep its word. We are living up to our commitments under the settlement — we simply expect the DOJ to do the same.

“The National Association of Realtors remains committed to advancing and defending independent, local real estate organizations that provide for greater economic opportunity and equity for small businesses and consumers of all backgrounds and financial means.”

On July 1, the DOJ abruptly withdrew from a settlement agreement with NAR, saying the move was necessary in order to broaden an investigation into the trade group’s rules. At the time, the DOJ did not specify which rules it would probe, but in mid-July the antitrust regulator hinted that it had re-opened an investigation into the Clear Cooperation Policy, which requires listing brokers to submit a listing to their MLS within one business day of marketing a property to the public.

On Sept. 13, NAR, in a court petition, revealed that five days after the withdrawal, the DOJ sent the 1.5 million-member trade group a civil investigative demand regarding the Clear Cooperation Policy and NAR’s Participation Rule, which requires listing brokers to offer commissions to buyer brokers in order to participate in Realtor-affiliated multiple listing services.

Both rules have been the subject of multiple, ongoing antitrust lawsuits. The Participation Rule is called the Buyer Broker Commission Rule in some of those suits.

In its 418-page petition, NAR contends that the settlement with the DOJ included an agreement to close investigations into those two rules and seeks to have the court compel the DOJ to abide by the settlement and set aside the agency’s investigative demand or modify it to make it less onerous.

How the DOJ views NAR’s commission and pocket listing rules

In its public filings and statements so far, the DOJ has been tight-lipped about what it actually thinks of NAR’s policies. But this latest filing offers a glimpse, pointing to the impact of real estate commissions on consumers.

“The CID requests documents and responses to interrogatories about NAR rules, policies, and practices that, among other things, restrict how real estate agents can market properties, dictate how real estate commissions are set, and impede commission negotiations,” the filing said.

“Recent technological advances have spurred innovation and price competition across other sectors of the economy. Yet real estate commissions have barely budged as a percentage of home prices and have actually increased as home prices have outpaced inflation. Even a modest injection of competition into real estate brokerage could save consumers billions of dollars per year.”

Referring specifically to NAR’s Participation Rule, the agency noted that the rule “requires agents listing homes on an MLS to ‘make blanket unilateral offers of compensation to the other MLS participants,'” which means that listing agents and homesellers set the price of buyer agent services.

“Because the price-setting is taken out of the buyer agent’s hands and therefore the buyer agents do not compete on price, this rule raises antitrust concerns, including that buyer-agent fees may be higher than they would otherwise be in conditions of competition, and buyer agents may ‘steer’ their clients away from properties with low buyer-agent commissions,” the DOJ’s attorneys wrote.

They argued that their requests in the investigative demand for information regarding instances in which real estate agents withdraw from MLSs “are important to the Division’s investigation of the Participation Rule because NAR has previously asserted that such rules are necessary to maintain MLS membership and continues to argue that brokers may withdraw from MLSs if competitive developments, such as the authorized use of MLS data by nontraditional brokers who offer alternative pricing models that lower commissions, threaten their profits.

“The Division seeks this information to understand NAR’s professed defenses and to determine whether NAR has accurately represented why real estate agents withdraw from membership in NAR-affiliated MLSs.”

In addition, the agency averred that the Clear Cooperation Policy restricts the choices sellers have to market their properties.

“Sellers may have many reasons to list a home off the MLS, including that doing so may allow them to avoid paying higher commission rates or to protect their privacy,” the filing said. “But under the Clear Cooperation Policy, real estate brokers often cannot market properties outside the MLS unless they leave the MLS entirely, which agents are reluctant to do.”

The filing noted that in September 2018, NAR requested a business review letter from the DOJ concerning a proposed practice in which the trade group “would have encouraged agents to list all their properties with a NAR-affiliated MLS.”

“The considerations animating that proposed policy — such as NAR’s reasons to limit off-MLS listings or potential effects of limiting off-MLS listings — are relevant to the Antitrust Division’s investigation of the Clear Cooperation Policy, which similarly encourages agents to use NAR-affiliated multiple-listing services,” the DOJ’s attorneys wrote.

In its filing, the DOJ asked the court to reject NAR’s petition for an additional reason: NAR hasn’t accepted the DOJ’s invitations to negotiate the demand. The agency said NAR had only objected to Request 10, “which the Division offered to withdraw once NAR explained its concerns.”

Request 10 asked for all documents related to the DOJ’s November 2020 lawsuit against NAR , “including all communications with NAR members about the filed Complaint or proposed Final Judgment and any contemplated changes to any NAR policy, guideline, rule, or practice related to the Antitrust Division’s investigation into or settlement with NAR.”

At a Council of MLSs (CMLS) conference last month, two antitrust experts with experience working with the DOJ and the Federal Trade Commission urged real estate leaders to work with the agencies and pointed out that the agencies are used to negotiating civil investigative demands.

“NAR has not met and conferred with the Division to attempt to narrow any claimed burden, even though the Antitrust Division has repeatedly indicated its willingness to negotiate with NAR to narrow the scope of the CID,” the DOJ’s attorneys wrote.

“Except with respect to Request 10, which the Division agreed to withdraw, NAR has not engaged in negotiations over these issues. Because it was unwilling to meet and confer with the Division to discuss any burden associated with complying with the CID, the Court should reject NAR’s request to modify the CID based on vague and unsupported assertions.” 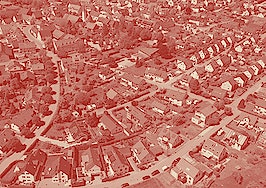 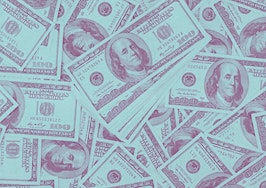