A budget in the red and ongoing legal battle didn’t seem to outshine the onslaught of new products and advertising efforts that defined Zillow Group’s entrance into the year of 2016. The message CEO Spencer Rascoff and CFO Kathleen Philips gave during the company’s earnings report was one of confidence and in line with their vision for a long-haul trajectory — massive waves of traffic and market growth that more than make-up for hiccups along the way.

A budget in the red and ongoing legal battle didn’t seem to outshine the onslaught of bright new products and advertising efforts that defined Zillow Group’s entrance into the year of 2016.

The message CEO Spencer Rascoff and CFO Kathleen Philips gave during the company’s earnings report was one of confidence and in line with their vision for a long-haul trajectory — massive waves of traffic and market growth that more than make-up for hiccups along the way. Time will tell.

Last year, Zillow Group highlighted its shifting emphasis toward “super agents” (often teams who spend at least $60,000 annually) and away from part-timers, a strategy reflecting the natural market demand from consumers who expect five-star, 24/7 service.

This quarter, ARPA stood at $487, up 40 percent year-over-year on a pro-forma basis. (For more accurate year-over-year reporting, Zillow Group presents certain figures on a “pro-forma basis” as the result of its acquisition of Trulia in February 2015. Pro forma indicates what Zillow Group earnings would ostensibly be if the Trulia acquisition had occurred in January of 2014.)

Zillow also reported that it would not be including ARPA or total agent advertiser count in its earnings results starting in 2017. The company said that these numbers are not relevant to investors.

Removing low-performing agents by reducing the total number of Premier Agents has been a major goal over the last two years, Rascoff said. And although most of the “heavy lifting” is over, the book will never be closed on this one.

“Connecting our consumers with the best possible agents is a forever project,” he said.

Although the company lost money overall this quarter, it continues to gain ground in revenue. Zillow Group’s Q1 2016 total revenue was $185.9 million, rising from $169.4 million in the final quarter of 2015 and up 25 percent year-over-year on a pro forma basis.

Over the course of 2015, Zillow Group had a net loss of nearly $150 million, $26 million of which was lost during Q4. Speaking to the company’s 2015 losses during the Q4 2015 earnings announcement, Rascoff said: “These are still early days, and we’re choosing to forego near-term profitability to invest in our long-term growth.”

As predicted, that lack of profitability carries into 2016. Total costs and expenses this quarter totaled $234 million, leaving a deficit of $48 million.

Generally accepted accounting principles (GAAP) net loss for Q1 was $47.6 million, including a $15.7 million in legal costs related to litigation with News Corp. and the National Association of Realtors — 4 million higher than expected.

The company predicts the News Corp. lawsuit will cost a total of $50 million to $55 million.

.@zillow predicts the News Corp. lawsuit will cost a total of $50M to $55M

“The largest variances from our outlook were in legal costs, headcount-related costs including employee health claims and sales commissions for new bookings for which the revenue will be recognized at a future period,” Philips said.

“We continue to work through the legal process and the court is considering our motion for summary judgment, which requests that the bulk of plaintiffs’ claims be dismissed,” Philips said.

“Our perspective in terms of the likely outcome in the case has remained unchanged. We still feel that we’re in a very strong defensive position. Unfortunately, litigation expenses did exceed what we expected and will continue to exceed what we expected for 2016, in large part because it’s a very complex case. We’re moving into heavy motion and discovery practice, with a trial expected this summer.”

Litigation analyst from Susquehanna Financial Group (SFG) Thomas Claps, in a recent interview with Inman, said he believes “there is a significant risk to Zillow” in the case that the judge will impose a sanction of some kind.

Move and NAR’s $1.77 billion damages claim in the case is so high that it makes settlement more difficult, he added. “Two billion dollars in a trade secrets case like this just seems to be an extremely high number,” Claps said.

“However, we’re not going to get the full picture of damages until the experts testify at trial and present their model for how they arrive at the $2 billion number.”

Updates on areas of growth

Rascoff discussed Zillow’s audience size as an important indicator of its ability to serve real estate agents — you won’t capture a high volume of leads without robust traffic.

In this sense, the numbers look strong, with the Zillow Group Network (Zillow.com, Trulia, HotPads and StreetEasy) capturing an all-time market share high at 63 percent of the audience across platforms, according to comScore. More than 166 million unique users came to Zillow Group’s mobile apps and website during the month of March, up 22 percent year-over-year.

“This was an all-time traffic record,” Rascoff said. “Every one of our consumer brands, including our largest brands, are at or near record traffic levels and growing quickly,” Rascoff said.

Most recently, comScore’s monthly digital website rankings for March 2016 showed that Zillow.com captured over 70 million users (a 29 percent uptick from last year), and Trulia.com over 33 million during the month of March.

“Top of the funnel traffic growth is important, but bottom of the funnel contact volume to our agent advertisers is critical,” said Rascoff. “And on that metric, our Q1 results were excellent. Leads to Premier Agents on Zillow and Trulia are up nearly 60 percent year-over-year and exceeded 4 million leads in the first quarter for the first time ever.”

In February of this year, Zillow also launched a new ad campaign called “Home,” featuring non-actors off script sharing what home means to them, to raise brand awareness. Kicking off with eight initial spots and a total of 12 planned, it was the first ad series rollout since the company’s “Finding Your Way Home” television campaign in 2013.

At that time, the company wrote in a press release: “Zillow‘s unaided brand awareness has grown from 9 percent, before advertising, to more than 31 percent, making it the most widely known brand in its category.”

“These campaigns are resonating with consumers and have been successful in driving home shoppers to our mobile and web platforms,” Rascoff added in the earnings call.

Overall, the company has been “pleased” with its offline advertising spend thus far.

Philips said the ad-heavy first quarter was an intentional strategy aimed to invigorate the year’s start, though the company anticipates ad and sales spending ($98 million) to grow at a slower pace than revenue for the remainder of 2016.

Rascoff also touched on Google search data, which shows that more Americans now search for the term “Zillow” than the term “real estate.”

The Premier Agent program earned a record high of $134.5 million in revenue, exceeding the company’s expectations.

The company talked at length about its massive update to Premier Agent’s scope aimed at helping the highest producers capture the greatest number of transactions.

Updates included the launch of team profiles, giving agents the opportunity to associate with their team while maintaining their personal profile, the ability of team leaders to distribute leads as they come in, and a self-serve shopping cart.

“We are innovating quickly for our Premier agent advertisers and growing the ranks of the most advanced agents in real estate,” Rascoff said.

Expectations for the future

Adjusted EBITDA is expected to be in the range of $15 million to $20 million, accounting for legal costs anticipated to be between $18 and $20 million in Q2.

Spencer Rascoff: 'The days of the part-time agent are over' 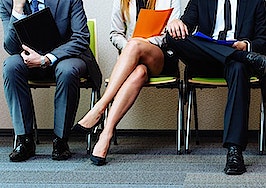