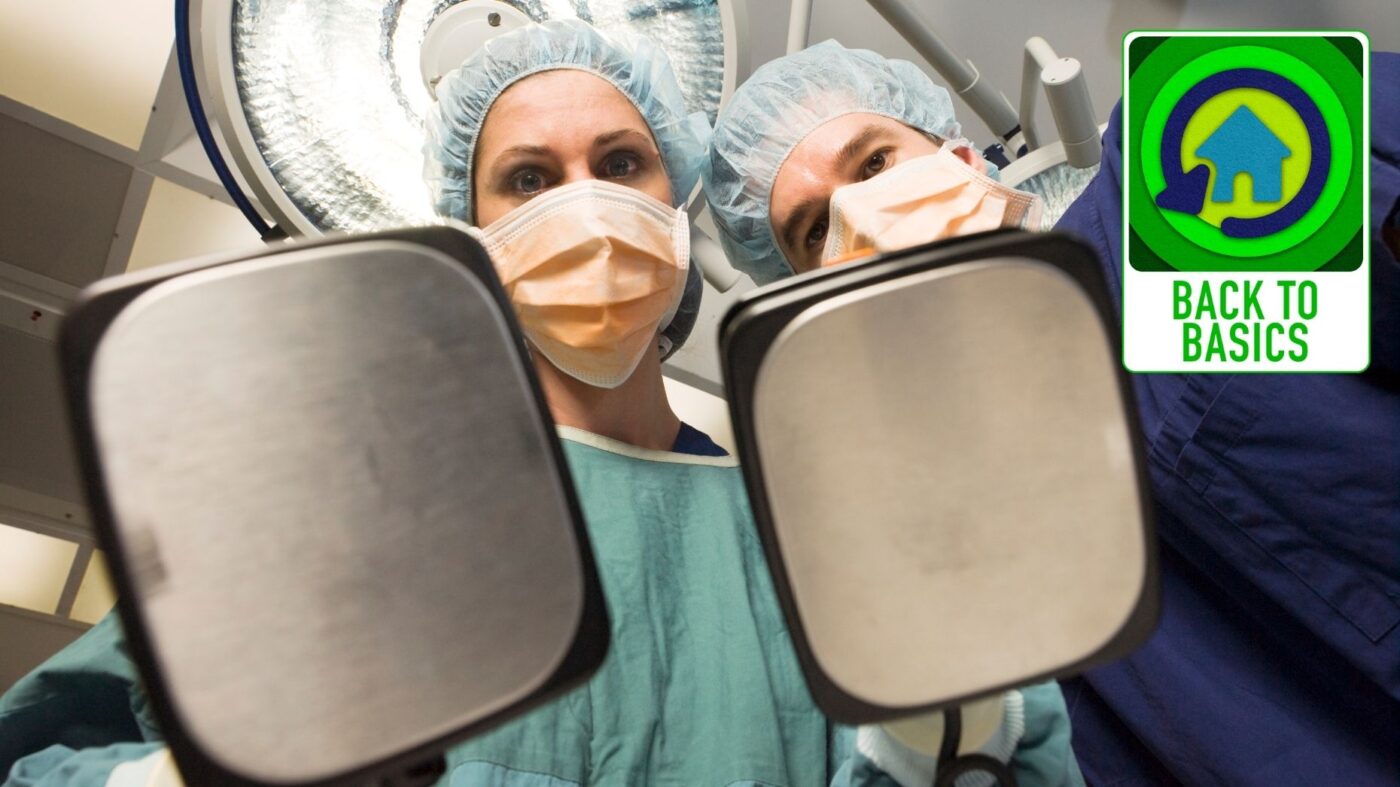 We want to help you make more money — right now. All month, go Back to Basics with Inman as real estate pros share what’s working now and how they’re setting up to profit in a post-pandemic world.

The thrill of cultivating a lead can easily be squashed if that lead suddenly goes cold. It can leave an agent feeling frustrated or confused, and depending on the situation, wondering what exactly went wrong.

But it’s important for agents to remember that seemingly dying leads or leads that have “gone cold” for a while aren’t necessarily a done deal. A big factor in being able to pump a little new life into those leads is just finding the right kind of approach for each individual client. And you may not always get the right method on the first try.

Some of these ideas may feel like old news to some agents, but it’s worth revisiting them and remembering what’s worked for you personally in the past, as well as what might work moving forward. After all, even if the market is on fire right now, the current pace won’t last forever.

How to handle general digital touches

The fact of the matter is, there are different types of people out there who will respond in different ways to different forms of communication. You may already keep some kind of tabs on which of your clients typically opens or responds to your marketing emails or texts. However, the fact of the matter is that the standard email open rate is just 20 to 30 percent, according to a Dynmark report. By comparison, texts have a 98 percent open rate.

So, if you want to send emails out, they’d better have some attention-grabbing subject lines and content. A lot of people appreciate holiday greetings and may be feeling more in the spirit to open emails if they’re headlined with a holiday vibe. Then, you can add in a quick nod to real estate and the market, reminding leads of what they might be missing.

That said, some people may still delete those emails immediately. Since texts often feel much more pressing and interesting, this might be the right route to go with your lead.

Texting leads about deals in their area, like foreclosures, as well as new listings and the option to sign up for notifications about new listings, are some of the most popular texts that Your Friends in Real Estate Team Owner (and Inman contributor) Barry Jenkins and his team often send out. According to Jenkins, these texts typically receive a 66 percent and 65 percent response rate, respectively. As always, be sure to follow all relevant laws related to marketing communication.

More personalized texts that make reference to the current day of the week or a lead’s activity on your website also perform better than the average email, with respective response rates of 52 percent and 44 percent, according to Friends in Real Estate Team’s own numbers.

“Call Action is GOLD!” he wrote.

The software generally uses “old school” methods for keeping leads active like phone calls, texts, direct mail and other digital leads, but the tool’s wide expanse of services has caused some to even liken it to a virtual assistant.

Robby Trefethren, an inside sales agent (ISA) coach at Hatch Coaching, has become a big fan of Sierra Interactive ever since his ISA team switched over to the CRM from Commissions Inc. a few years ago. “Their texting capabilities, in my opinion, being within a CRM, are really second to none,” Trefethren said. “Nothing really comes close to it.”

Nia Knowles, broker at Area West Realty, said she sometimes will pass a lead that’s gone cold over to a business partner. Sometimes you just might not be a perfect personality match with that particular lead, or there’s something about your partner’s communication style that prompts the lead to be more responsive. Don’t take it personally — some people just mesh better together than others.

“Maybe a fresh, new voice will stir them up,” Knowles told Inman in an email.

Similarly, Matt Rillera of EntreTec stressed on Inman Coast to Coast that unless you’re actually addressing a lead’s particular needs, your relationship with them won’t go very far. Don’t just provide them with blanket information, but make sure it’s tailored to them and/or their family.

“Have solutions to their problem,” Rillera wrote. “That’s probably why it didn’t sell/they remained [indecisive].”

Ruthie and Ethan Assouline of the Assouline Team at Compass exert an effort to make every contact with leads personal and go beyond just talking about transactions.

“We are very big on making personal calls and texts, and we do so frequently,” they told Inman in an email. “The key is the personalization and authenticity behind our relationships and approach. We are genuine, honest, kind people and our clients feel that. We put them above the transaction, and they feel that to be true too.”

Another way to be personable to those leads is to be sure to respond to any replies they make to your emails, no matter how trivial.

“If a lead … responds with a non-committal response to one of your emails, be sure to take the time to respond,” Kristina Brunnler, former marketing specialist at Zurple, wrote in one of the lead conversion software company’s blog posts. “Even if their question is unrelated to your services, responding to them increases their likelihood of converting.”

Along those same lines of catering to a lead’s specific needs, it’s important to have an organized database in which you categorize leads. Hassan Riggs, founder and CEO of lead qualification platform Smart Alto, wrote in a post for Forbes that he creates different labels for leads within his own database that help specify at what point in the buying or selling process a lead might be, making it much easier to communicate with them in an effective way and establish a connection with them.

“If you want to use third-party manpower or a marketing tool to streamline your efforts and most efficiently utilize your database, you need to get specific with your labels,” Riggs wrote. “That means setting statuses for your leads that are accurate, are clearly defined and come with a set objective.”

Likewise, Trefethren said that within Sierra Interactive, his company has been able to develop very specific follow-up plans for leads at every step in the homebuying or selling journey — even those they haven’t heard from in a while. In general, humanizing messages by varying content, structure and timing will make a greater impact.

“I think just little things like, sending a message after your first one saying, ‘let me know what you’re thinking,’ with an emoji and a thumbs up,” Trefethren said. “Little things like that make it seem a lot more human …”

But Trefethren added that it’s important to get tone right, especially with old leads. Keep it conversational and not too pushy. And don’t give up on them, “unless it’s very, very definitive that they don’t want us to chase them anymore.”

“I’ve seen people make those two mistakes with leads,” Trefethren said. “When they say they’re not interested, you either don’t do anything at all with the lead ever again, or you over-communicate, or you try to sell them something and you ruin a future opportunity with them.”

Knowles said inviting leads to events from which they only stand to benefit is another good way to approach them in a non-committal setting and win them over.

One event she hosts that helps reel back in interest is a group virtual homebuying and down payment assistance info session.

Knowles also invites locals to a free yoga class she hosts on Saturdays at a local brewery. The event is totally unrelated to real estate, but it helps bring her to the top of some potential leads’ minds and is a good way to expose her to other potential leads too.

“This takes no extra effort from me, and I get to possibly ‘befriend’ them and get them back on the road to a purchase or a referral from the friends they bring to the class,” Knowles said.

If COVID-19 cases are still high in your area and people aren’t up for much in-person contact, there are plenty of ways to still engage leads with virtual or drive-by events. Katie Day of the MoveMeToTX Team at Coldwell Banker told attendees at a recent Connect Now that her team conducted a successful virtual cooking class over Super Bowl weekend, and it has plans for more virtual classes/activities in the future that could potentially be in-person events if things with the pandemic start looking up later in the year. Although her team rolled out these events for their referral VIPs, similar or slightly less involved events could easily be used to reinvigorate leads instead.

Dive into every Back to Basics story from this month

WATCH: Back to Basics 101 — Get back to blogging