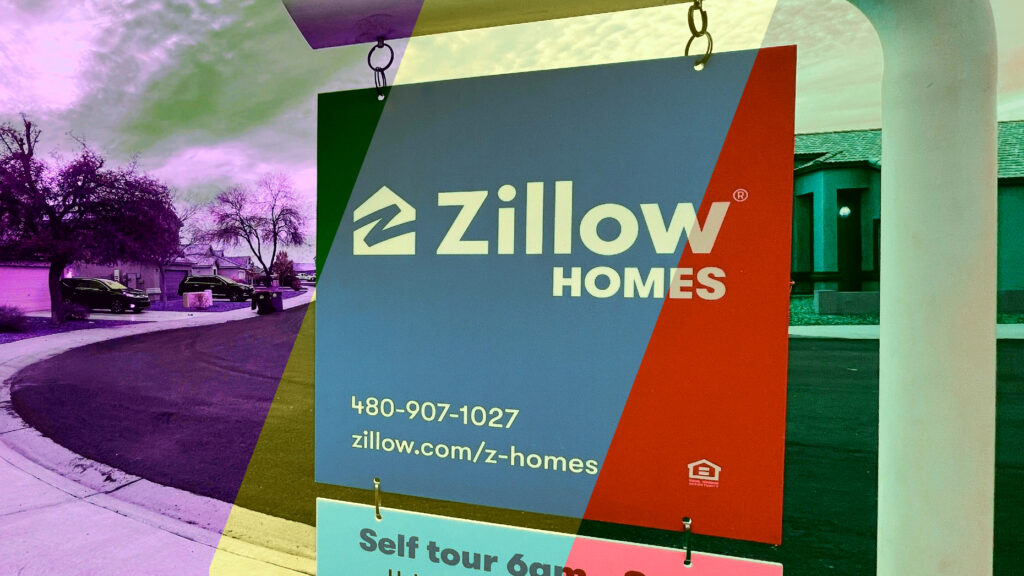 Experts envision the company pivoting to the comparatively easier business of working with buyers after the failed experiment of scooping up homes from sellers.

Zillow’s announcement on Tuesday that it was ending its Zillow Offers program sent shockwaves through the real estate world. The moment cast a shadow on what had been the hottest new trend in real estate for years, represented a rare stumble for one of the industry’s biggest names, and left rival Opendoor as the king of the iBuying hill.

But it also raised a big question: What happens next? The company is still sitting on a vast portfolio of physical assets, continues to have a wildly popular platform among consumers, and has promised to press on with its vision to offer more to users.

To figure out what lies ahead in the near and medium term for Zillow, Inman reached out both to the company as well as to several outside observers and leaders in the industry. For what its worth, some of these observers compete with Zillow in one capacity or another, though the general consensus was that Zillow still has a strong market position. 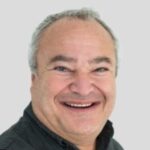 “The market has a short memory,” Rick Rudman, president and CEO of home improvement startup Curbio, told Inman Wednesday. “So I think this will wash over and Zillow will return to whatever business they want to be in going forward.”

Still, there was a sense that the coming months are going to be a bit weird for Zillow as it winds down iBuying operations. And, multiple observers who spoke with Inman say they expect the company to have another pivot up its sleeve soon.

Here are the key takeaways:

What happens to the homes?

The biggest immediate question for Zillow is what happens to all the homes it bought. Much has been made in recent days about the fact that the company is sitting on 7,000 unsold homes that it now needs to sell.

But in fact, the total number of homes Zillow needs to sell is probably much higher because the company has already begun the process of buying many properties, while not yet completing those transactions.

In its shareholder letter published Tuesday, Zillow revealed that at the end of September it had a total of 9,790 homes in inventory, with another 8,172 homes under contract. Those numbers are now over a month old and have no doubt changed somewhat. But the key to keep in mind is that there were nearly as many homes under contract as there were that had been purchased outright.

That means even at this point Zillow likely still has thousands more homes it will be purchasing, even as the iBuying program officially winds down.

Ask about this situation, a Zillow spokesperson told Inman the company intends to follow through with the contracts it has already begun. The company also plans to sell homes quickly and on the open market, where they would be available to either own-occupants, individual investors or institutional investors.

Zillow also expects to off-load these homes within two quarters. That timeline is a result of the time it takes to buy, renovate, list and sell a house — a process that even in a best-case scenario can take two months or more.

So the short answer to the question, “what happens to the homes?” is relatively simple: Zillow will sell them. 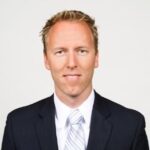 However, there is potential for some creativity in how exactly this process plays out. Matt Woods, co-founder and CEO of Sold.com, told Inman that when it comes to the houses, Zillow could consider “slowly burning them off.”

Current price appreciation, though perhaps less intense than it was a few months ago, is still happening. Woods’ speculated that such appreciation could potentially be outpacing the interest on Zillow’s debt, meaning holding onto the properties longer is more profitable.

“As an investor, these are prime times frankly to buy a house and sell a house,” he said. “So maybe there’s a slow play for Zillow, where they just take time to unwind the portfolio.”

Zillow hasn’t articulated such a strategy, but if recent months have shown anything it’s that the market is unpredictable, and thus so are the ways companies respond to it.

Either way, though Woods didn’t think Zillow’s inventory would ultimately be a long term issue for the company.

“This is still relatively a small problem if you really consider it in the grand scheme of things,” he said. “For them to wind down and exit, I don’t think they’re going to have to do anything dire to offload these properties.”

Where does Zillow pivot?

During his call with investors Tuesday, Zillow co-founder and CEO Rich Barton said the company’s “2.0” vision — a major part of which was iBuying — remained alive. Instead of buying houses outright, however, the company would focus on programs that are asset- and cash-light.

However, writing a day later, real estate analyst Mike DelPrete suggested it could be a turn to what he calls a “power buyer,” or in other words a company that offers services such as cash backing to homebuyers rather than working with homesellers.

In an email to Inman, DelPrete elaborated, saying he “wouldn’t at all be surprised to see something like ‘Zillow Cash Offers’ powered by the Zillow Home Loans business.”

The idea is that such a product could allow consumers to get instantly approved for a purchase, or enable them to buy before selling their existing home. And, DelPrete added, such product offerings would offer a significant amount of value to homebuyers while also being quite a bit easier than iBuying itself.

Such products have proliferated in recent years, and DelPrete has used the “power buyers” term as a kind of contrast with seller-focused iBuyers. Companies falling into this category include Homeward, Knock and Orchard — though now-former Zillow rival Opendoor also has a buyer-oriented cash-backed offer program.

Woods agreed with DelPrete that a pivot toward a power buyer business model would make sense for Zillow.

“It’s far less risky,” he said. “And it puts you more in the mortgage game, which they’re trying to get into next.”

What about the Zestimate?

Back in 2019, Barton explicitly tied the Zestimate to Zillow Offers.

“Ideally I would like to have the Zestimate be a live offer for every house in the country,” Barton said during a radio interview.

He went on to add that “it will take quite some time to get there,” but that is, nevertheless, “where we’re headed.”

Clearly, Zillow never got there.

That might ostensibly seem like a blow for the viability of the Zestimate, and some observers did indeed see this week’s news in that light. For instance, Rick Rudman — president and CEO of home improvement startup Curbio — told Inman he doesn’t “think this bodes well for using an [automated valuation model].”

“At the end of the day when it comes to valuing homes it’s like valuing art,” Rudman said. “Sometimes you just need to have a human being look at it.” 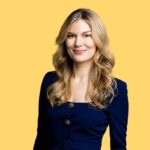 But not everyone believes Zillow’s iBuying failure is in the end bad news for the Zestimate.

Woods argued that Barton’s desire to make the Zestimate also an iBuyer offer put additional pressure on the tool — which he noted is often “generous” in its valuations and consequently earns the ire of some agents. But now, the pressure to be more accurate and to connect more directly to Zillow’s bottom line is reduced, returning the Zestimate to its origins.

“How much pressure is back on them to fix it?” Woods wondered. “Eh, it’s back to being just an emotional talking point. I think it doesn’t hurt it at all.”

DelPrete also didn’t see the Zestimate suffering significantly from the end of Zillow Offers. He described the tool as “a great starting point” and a “toy meant to generate consumer interest in houses.”

“It’s free, easy and fast,” told Inman. “Why wouldn’t you take a look at it? But I’d still talk to a Realtor.”

For its part, Zillow has indicated it continues to have faith in the Zestimate. During his call Tuesday with investors, Barton said Zillow will continue to invest in the tool.

Perhaps more significantly, a company spokesperson told Inman that the struggle for Zillow Offers stemmed from pricing homes in the future, often months down the road. Alternatively, the Zestimate is designed to be used in real time, and offers information only about the present moment.

That distinction highlights both why Zillow can reasonably double down on the Zestimate now, and also why it proved impossible to turn the Zestimate into a iBuyer offer; in the end those are just two different things with very different relationships to time.

What about the layoffs?

One of the most surprising things about Zillow’s announcement Tuesday was that it would layoff 25 percent of its workforce. These layoffs will happen over time as the company winds down operations, and the majority of positions that will be cut are dispersed across the U.S. in Zillow’s various iBuying markets (as opposed to being at the company’s headquarters in Seattle).

Asked about the layoffs, DelPrete said they serve as a “good reminder as to how people-intensive iBuying is.”

“All of the iBuyers need a lot of boots on the ground to make it work, which has been part of the challenge for Zillow,” DelPrete said. “It’s also quite different to its core internet advertising business, which scales based on computers, not people.”

Some of the company leaders who spoke with Inman weren’t surprised by the scale of Zillow’s layoffs. Woods, for instance, noted that Zillow’s employee ranks have grown by more than 25 percent over the last year, meaning that even after the current layoffs the company will still be larger than it was in the recent past.

On the other hand, Liz Young, founder and CEO of home valuation startup Realm, described experiencing some “disbelief” when she first heard about the large scale of the layoffs. And she speculated that it could lead to more employee churn at Zillow as workers leave, both voluntarily and not, in search of stable jobs.

“This is going to set the stage,” Young said, “for real distortion in the real estate tech market.” 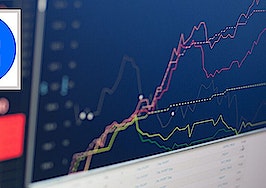 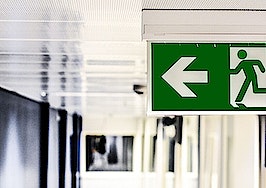