Peer Reputation helps agents connect, rank and refer one another to leverage relationships. But is its true potential in peer-to-peer referrals, or could recruiting be a better use?

Peer Reputation is a system for real estate agent networking and ratings.

A well-managed Facebook group and LinkedIn could accomplish a lot of what Peer Reputation offers, outside of available data on transaction records.

Peer Reputation is a conglomeration of concepts that when pulled apart make sense but collectively lack clarity.

Purpose notwithstanding, the platform itself is well-orchestrated. The user interface (UI) is sharp, influenced by today’s social media, letterhead-type visuals. Overall, it’s polished, and there are no gaps in user experience.

Agents use Peer Reputation to rank and refer one another. This is done through work history profiles — resumes, more or less — that detail deals they’ve done and how other agents performed along the way. Like: “Hank was an insightful negotiator and managed his client well.”

Brokers can use those reviews to search for strong agents to recruit, or to identify links in their revenue chain poised to break.

They can also send kudos to agents for a job well-done, and those kudos can be published as a Facebook post — a nice way to have someone else play your bugle. 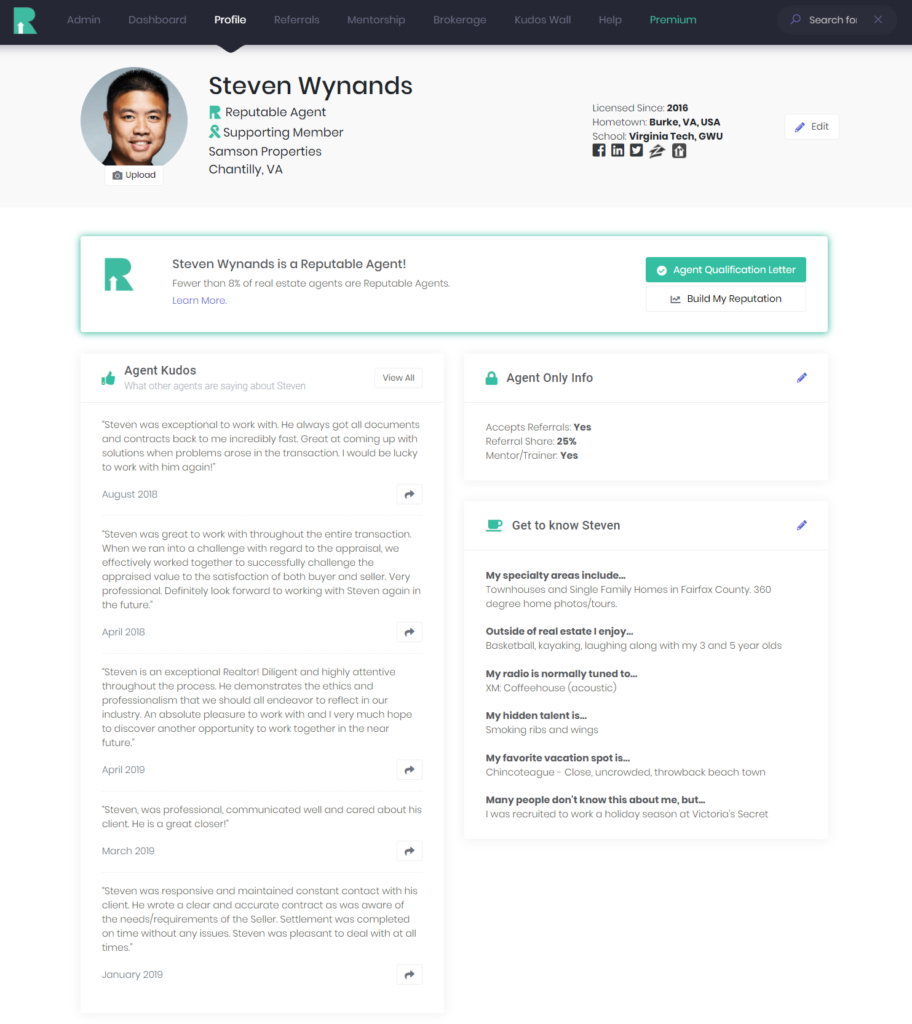 I like how Peer Reputation is set up to help agents look into who’s submitting an offer. There is value in knowing if the person behind the email address is a seasoned negotiator or a fresh licensee.

Each resume page has an image with basic personal credentials. It breaks down recent deals, memorable deals, other agents’ reviews, brokerage affiliation history, industry specialities and a few personal notes, such as an “Icebreaker” section and “Outside of sales, you’d fine me … ”

Peer Reputation handles negative reviews by publishing them only on pages brokers can view. They aren’t made public to the other agents.

That jeopardizes the transparency theme, but it’s more productive for a broker to address the matter than have it splayed across their profile page. 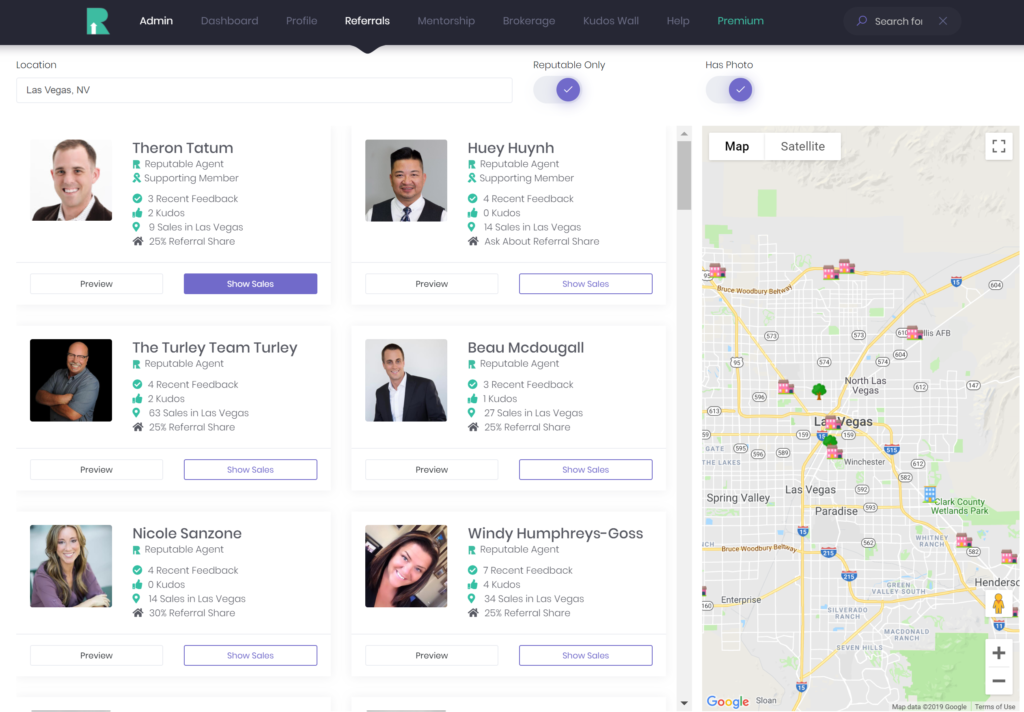 There’s also a consumer angle to Peer Reputation, which company founder Steve Wynands said is “Carfax for agents.” Buyers and sellers can search here by agent name to assess an agent’s reputation. There isn’t a search-by-city option, so it’s ultimately not a marketplace for finding an agent.

Peer Reputation users in good standing can earn an “Agent Qualification Letter,” certified by Wynands, an agent of three years in Virginia with Samson Properties.

Wynands posits that the letter could help agents’ clients win acceptance in multiple-offer scenarios. However, it could be argued that in those situations, the agent with the cleaner, higher offer is always the most qualified, regardless of how many gold stars they’ve earned. 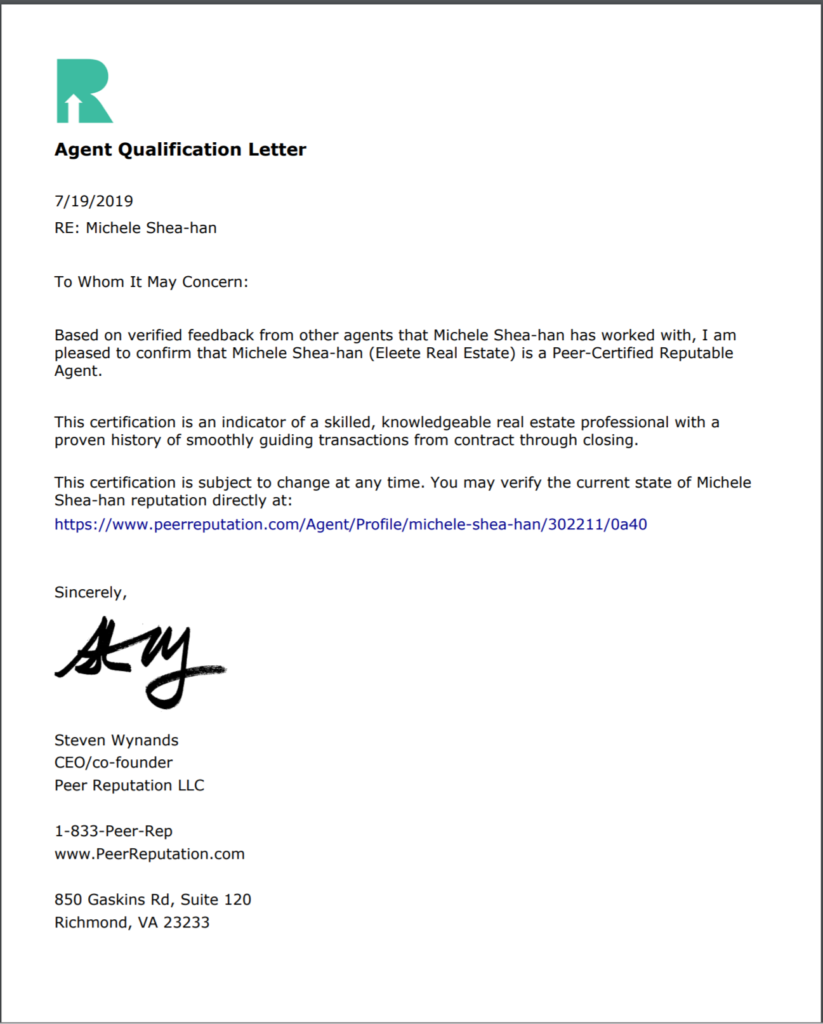 My contention is simply that at this point, Peer Reputation lacks the notoriety for such a document to carry much weight. It’s not Yelp or HomeLight or Angie’s List or Real Satisfied — yet, anyway.

It might reach that level at the rate its user volume is expanding — a topic worth noting: Peer Reputation creates users without them knowing, at first. In essence, it’s similar to an opt-out policy with email subscriptions. “I’ve signed you up, but you can click here to unsubscribe.”

Wynands, a software engineer, built a system for scraping publicly available websites to assemble agent information and transaction records. The system also builds the profiles for each agent. Agents wary of this approach should know that everything Peer Reputation collects on you is already public.

When an active user enters a transaction and identifies a cooperating agent, that agent gets a profile built for them that they can later access to formally edit and begin engaging with others in their network.

This is how Peer Reputation has accumulated almost 70,000 users. It’s a clever scaling tactic, and there’s no doubt the appeal of reading something nice said about you is a valuable reason to stick around. 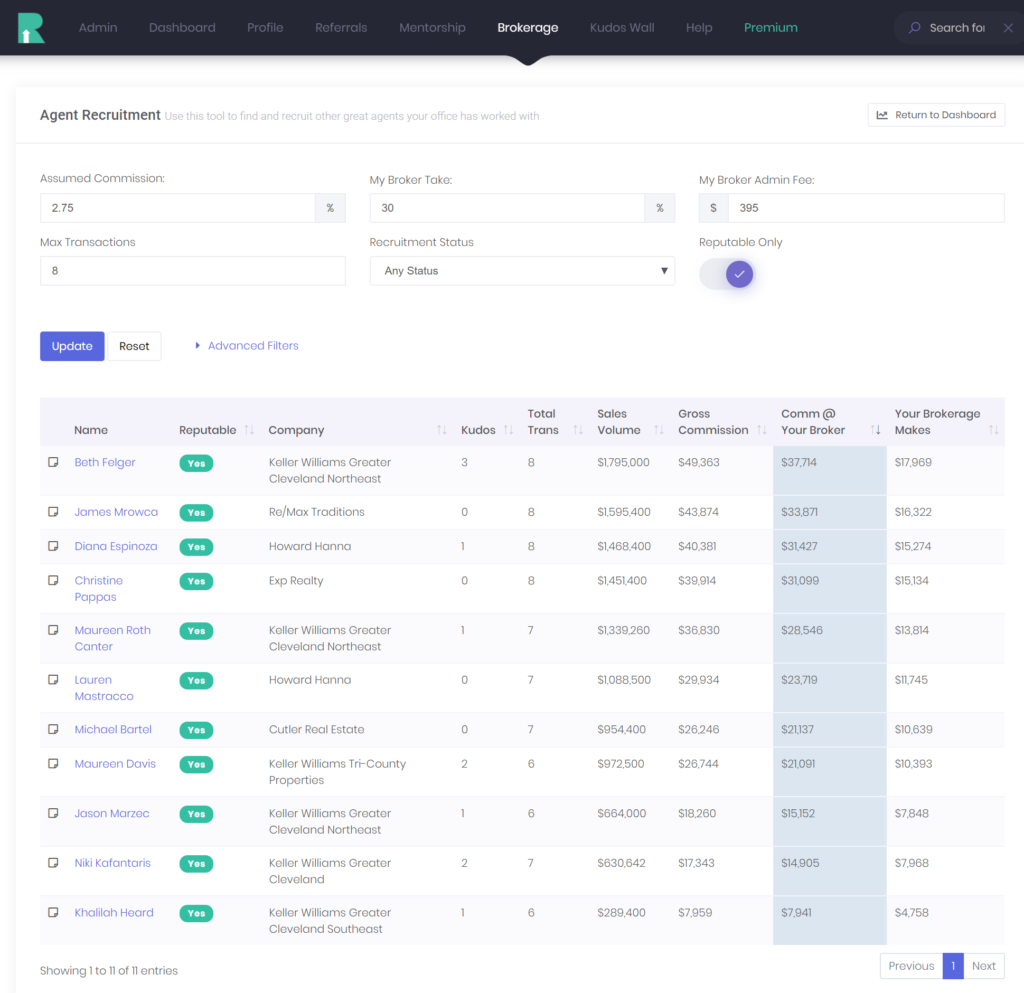 Agents can search for referrals marketwide, and it’s brand agnostic.

Thus, if a Keller Williams agent finds a Compass agent on Peer Reputation he thinks is best suited for a referral, he’s free to use her. It’s also likely that in making such a decision, he’d soon be free to start seeking a new place to hang his license, as well.

When asked about that, Wynands was quick to point out that “technically, as independent contractors, there’s nothing to stop them.”

In-franchise referral networks are very common and encouraged. They also exist within a number of enterprise brokerage solutions.

The same approach is being put in place for a mentorship feature. New agents can identify reputable agents — anywhere, under any banner — and inquire about being shown the ropes.

For recruiting purposes, brokers are offered a dashboard to review performance measurables, positive and negative reviews, and a list of every agent with which their agents have done a deal.

In this an era of aggressive incentives and put-up-your-dukes recruiting habits, brokers will no doubt adore this feature. 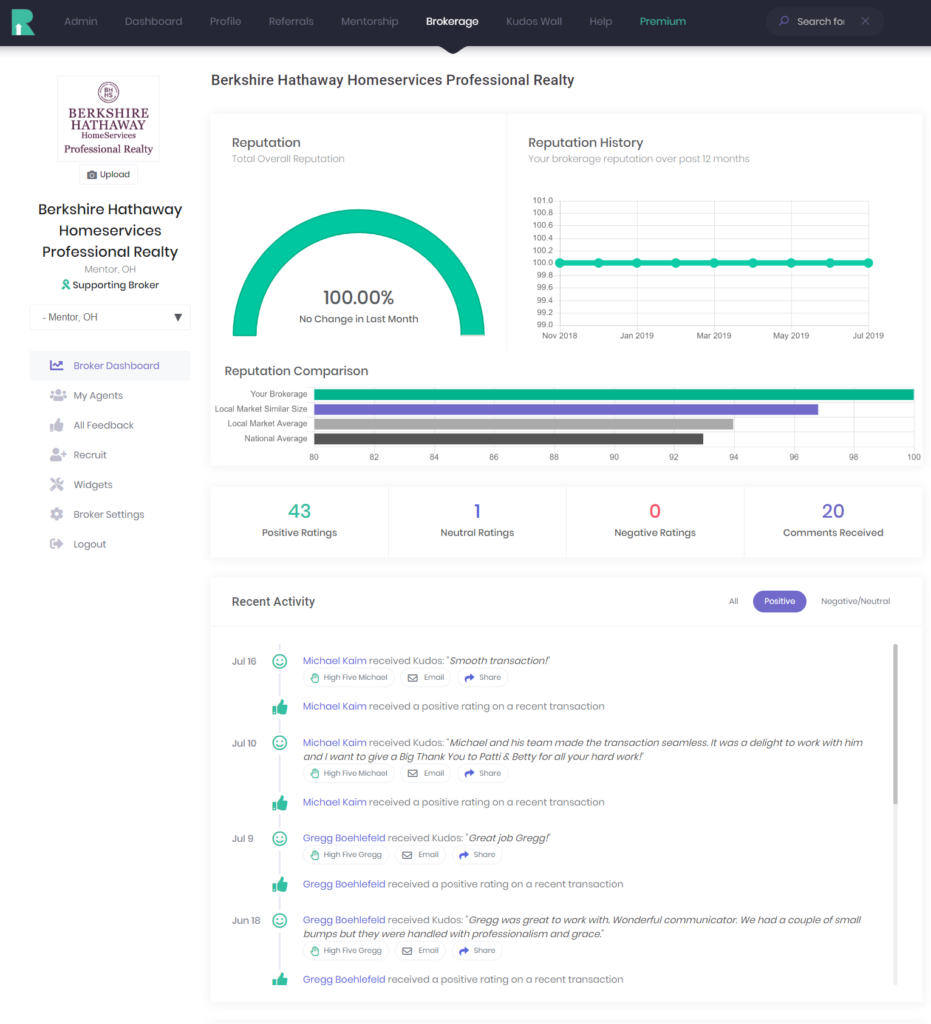 Peer Reputation, an Inman Innovator Award finalist, will have to massage its value proposition before it produces tangible value beyond being yet another space on the web agents use for a few weeks, then forget to update.

I envision Peer Reputation’s value ultimately resting on its recruiting capabilities. Because it’s a networking model and because new users come fast and furious to the system, brokers have a healthy, peer-reviewed stream from which to pluck top producers with — ideally — good reputations.

This software was clearly developed to make the industry more cohesive, you can see that in between the cracks. There’s something here, I’m just not sure what it is yet. 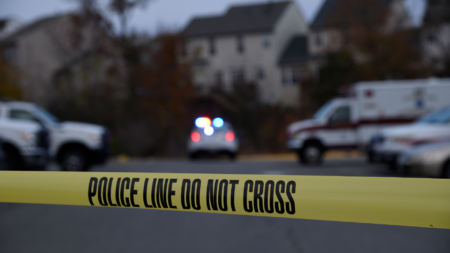 He didn't like the home he bought sight unseen. So he shot the Realtor
by Marian McPherson Oct 12 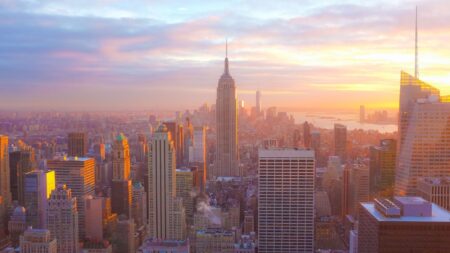 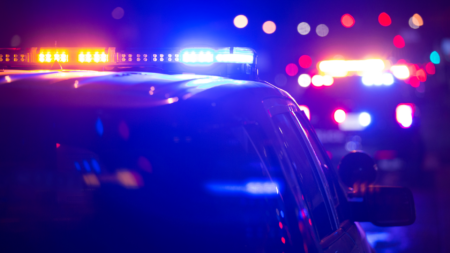 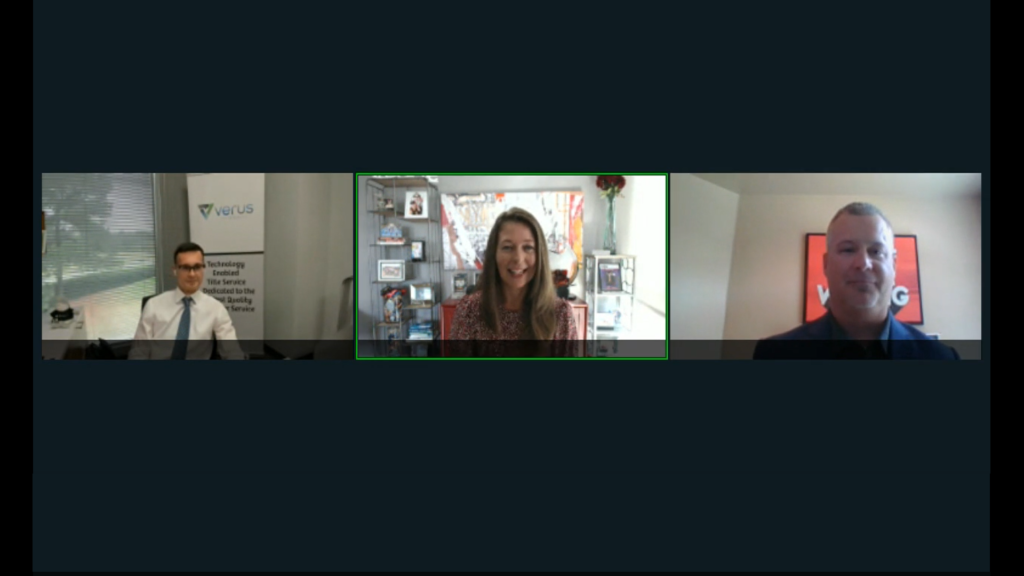 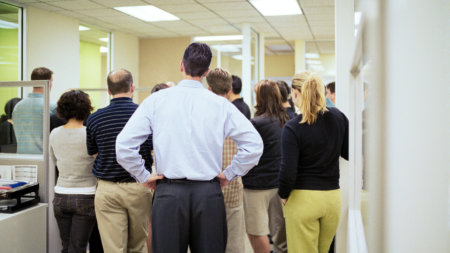 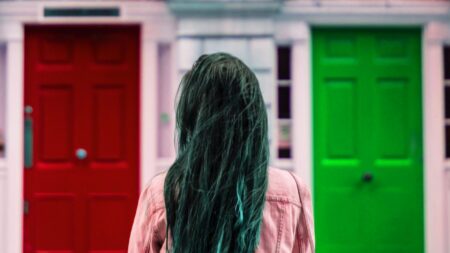 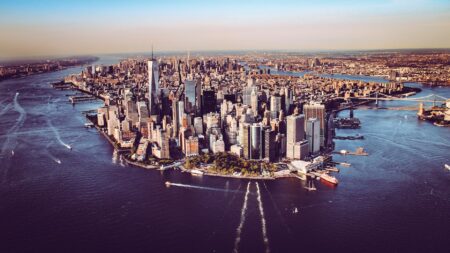 Get more reviews and better SEO with Feefo
by Craig C. Rowe Feb 5 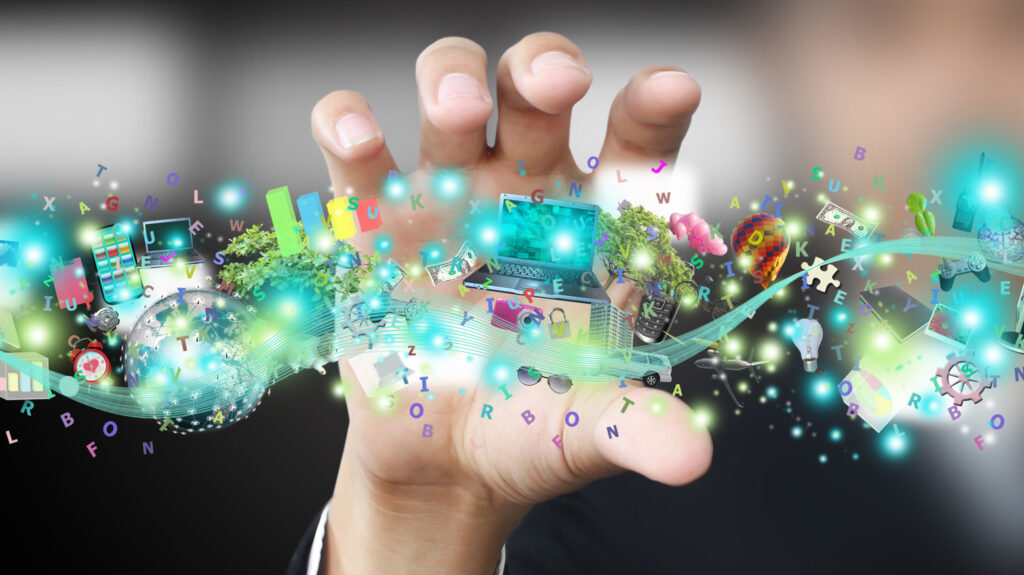 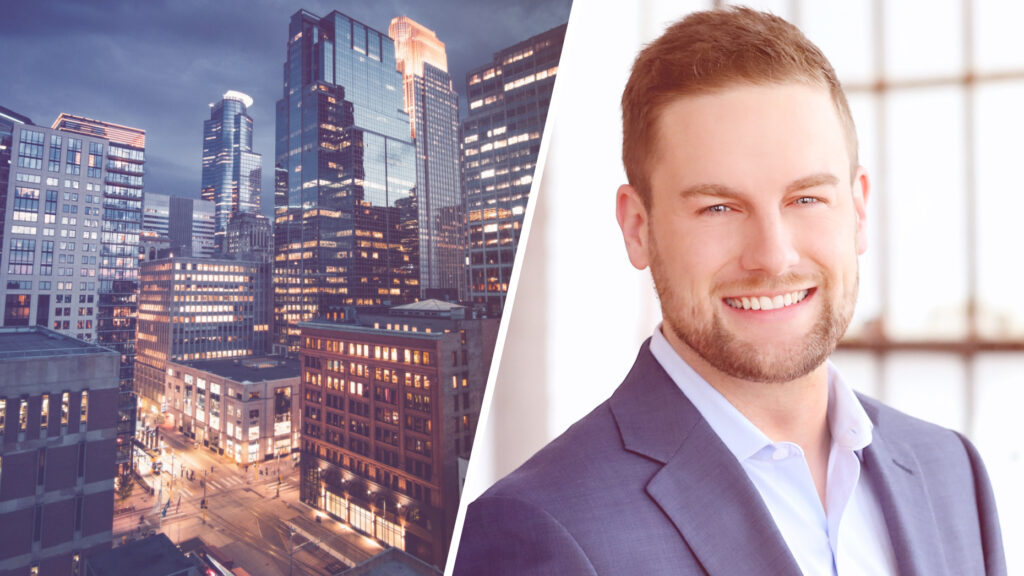 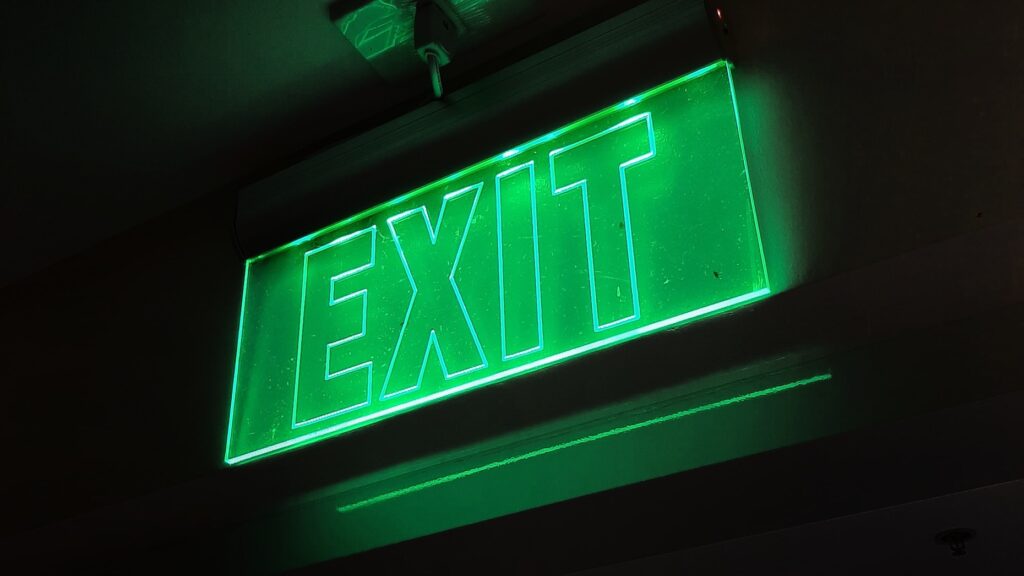 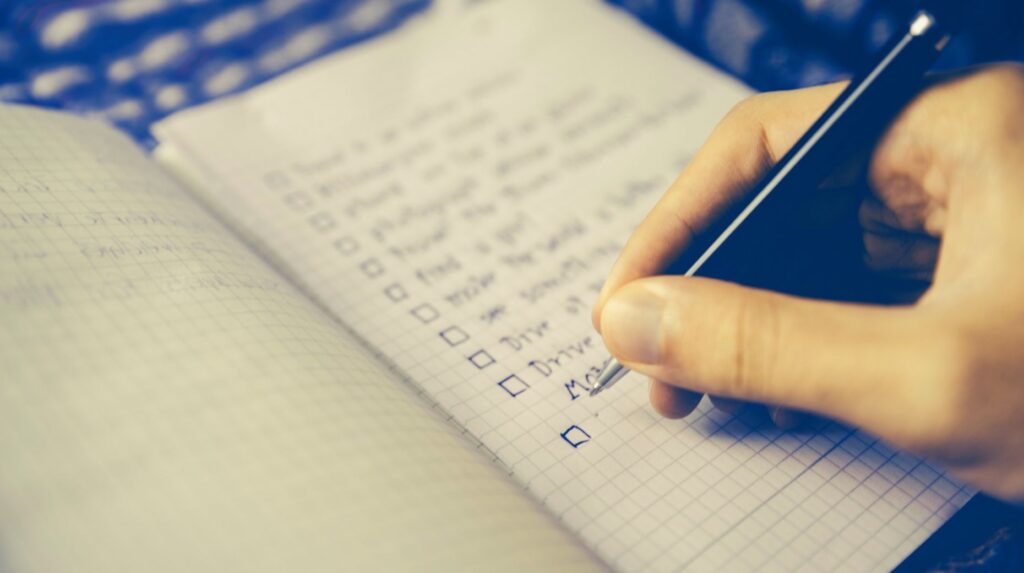 Zyyah is a home inventory management app with a clever upsell
by Craig C. Rowe Oct 15

Buyer commissions in — lockboxes out — when NAR votes next month
by Andrea V. Brambila Oct 15
Back to top
Will you attend ICLV virtually or in-person? The agenda is packed with stellar speakers and sessions.Learn More×
Limited time: Get 30 days of Inman Select for $5.SUBSCRIBE×
Inmanpot
Log in
If you created your account with Google or Facebook
Don't have an account?
Create an Account
Forgot your password?
No Problem