Brokerages saw a lot of movement this year, be it highly-producing teams and franchises striking out on their own or legacy companies launching new brands.

Brokerages saw a lot of movement this year. Whether it was high-producing teams and franchises striking out on their own, emerging nascent brokerages gobbling up market share or legacy companies launching new brands or technology, it was a year that saw a lot of agents hang their licenses elsewhere.

A lot of brokerages fully began to embrace the disruption in 2018, too, launching home buying and selling initiatives to compete with startups and working towards creating property technology platforms.

Here’s some of the biggest brokerage news Inman covered this year:

In February — on Valentine’s Day, no less — RE/MAX CEO and founder David Liniger was ousted from his position as co-CEO with Adam Contos after the result of an internal investigation found that Liniger had violated the company ethics code. The violation was the result of a $2.8 million loan provided to Contos for the purchase of a home, that was not disclosed to the board of directors.

Liniger continues to be the chairman of RE/MAX’s board of directors.

The launch of Kelle, Keller Williams’ voice-powered virtual assistant in February is not necessarily confined to one brokerage, but a benefit for many of the brokerages that belong to the Keller Williams franchise.

The platform allows agents to get their questions answered, connect with other agents, pull up market reports and manage referrals all with their voice.

But that growth drew the ire of many in the industry, who questioned Compass’ recruiting practices and even led to multiple lawsuits against the company over how they acquired agents and teams.

EXp Realty, the virtual cloud brokerage with more than 15,000 agents, went public in 2018 and crossed the $1 billion market cap threshold on its first day of NASDAQ trading in May.

The move will benefit its agents too, as eXp Realty provides its agents with stock options when they hit certain thresholds.

Since going public, the stock has fluctuated all year – as has been with the case with many of the public brokerages and franchises – and the market cap sits between $500 million and $600 million as the year comes to a close.

At the end of May, Minnesota-based agent, Kris Lindahl, who was the leader of the top team at the top RE/MAX brokerage in the United States, split from the brand and formed his own indie, Kris Lindahl Real Estate.

A team of 35 agents and 15 support staff followed him to the new venture.

Until late 2018, the iBuyer phenomenon seemed mostly reserved for startups and real estate tech companies looking to disrupt traditional real estate transactions. But in the second half of the year, Realogy announced it would be launching an iBuyer, Keller Williams revealed it had been testing an iBuyer and indie brokerages started partnering with startups to offer iBuyer service as an option to consumers.

It was quite the year for Leading Edge Real Estate Group. First, the 180-agent Massachusetts brokerage split from the RE/MAX brand to go indie, then they signed a contract with Compass to be the first indie to license the latter’s proprietary tech platform.

After the deal with Compass ultimately fell through – due to Compass agents allegedly complaining that a competitor would have its tech – Leading Edge inked a deal with Compass’ tech rival MoxiWorks.

Realogy’s decision in October to franchise Corcoran and Climb Real Estate, two brokerages they own under the NRT umbrella, allowed them an opportunity to address two gaps in their market coverage.

In an effort to streamline the home buying and selling process, tech-powered brokerage Redfin announced in November a partnership with startup Notarize to introduce entirely digital home closings.

Consumers can complete the whole process of buying and closing a home online through Redfin, using the company’s title and mortgage branches.

Redfin isn’t the only big-time player offering low or flat fees in the United States anymore. The company did double-down on its low-fee model, however, launching its 1 percent listing fee program in several new markets.

While Purplebricks launched in the United States in late 2017, it saw expansion to a number of new markets this year. Trelora also added a new market and Reali expanded to its third market. The latter two drew a lot of heat from brokerages in the industry for their low-fee offerings. 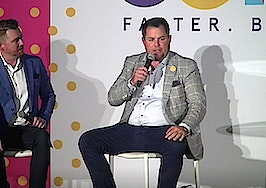 WATCH: What you should know about converting your team into a brokerage 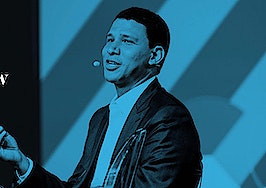